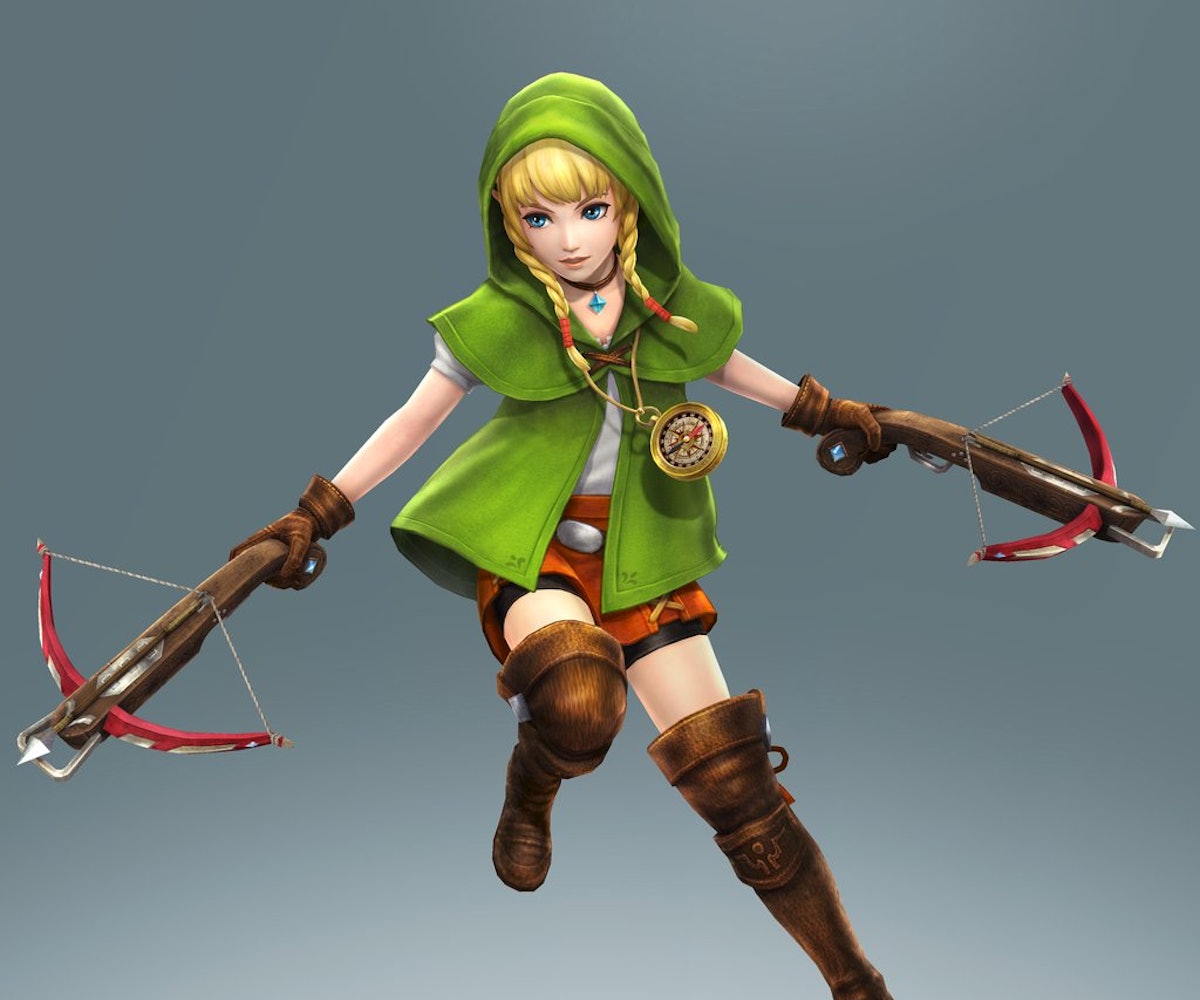 Well this is cool. Nintendo's Link, sword-swinging, pointy-eared hero of their iconic Legend of Zelda franchise, is getting a female version in an upcoming video game. She'll be called Linkle, which is kind of a wack name, but which her two crossbows more than make up for. That's right: One crossbow isn't enough, so Linkle has two.

Linkle will appear in the Legend of Zelda spinoff, Hyrule Warriors, which will be available on 3DS on March 25, and is more of a battle game than Legend of Zelda's traditional open world role playing format, if that means anything to you. Still, we already love Linkle, and she can only mean that a female version of Super Mario—let's call her Super Marion—can't be too far off.