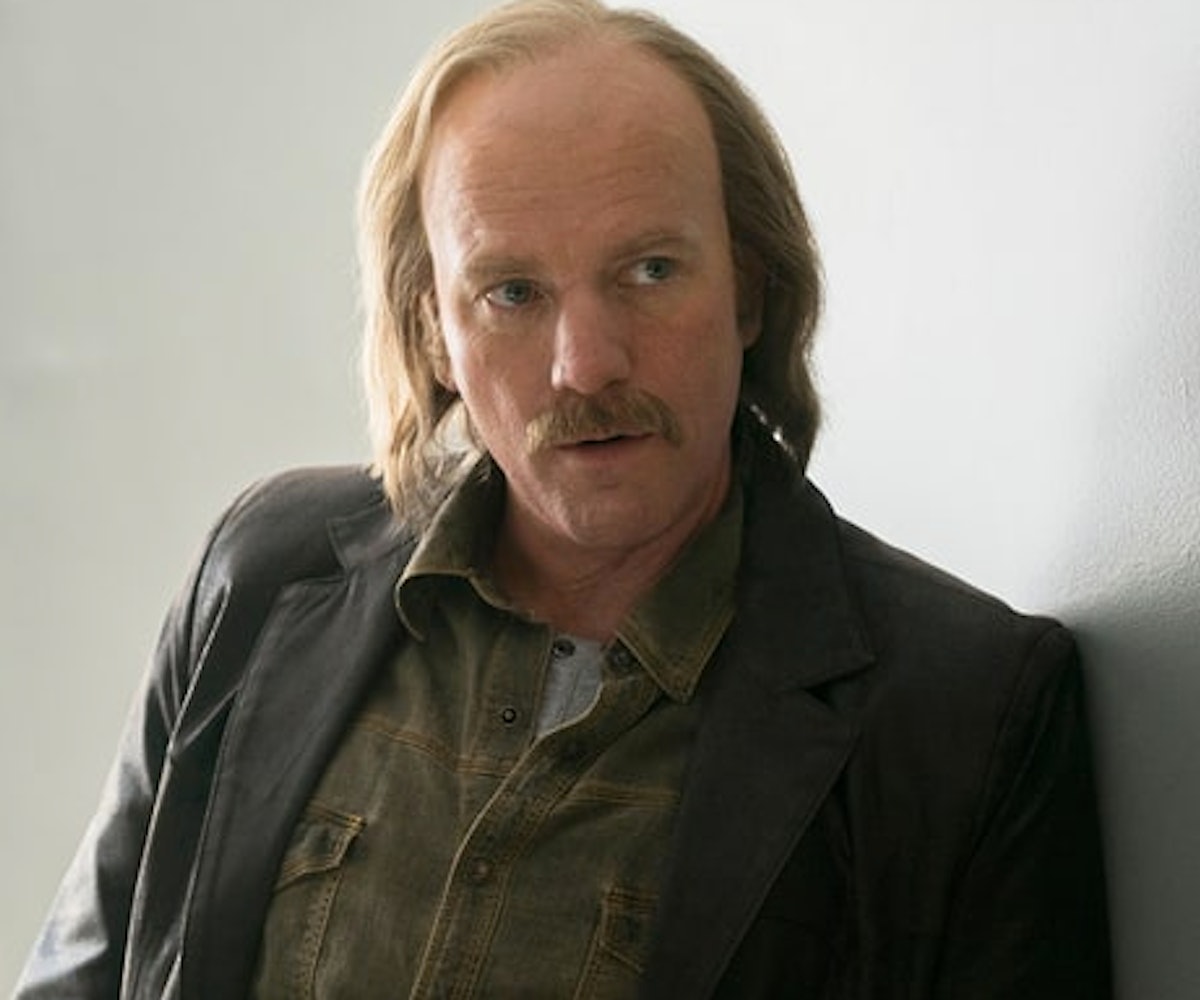 Out of all the darkly intriguing television narratives defining the collapse of American Empire, FX’s Fargo has emerged as a standout. Set against frozen Midwestern landscapes, every season features a new ensemble cast operating in a Hobbesian underworld rife with murder, crime, and corruption. Beneath friendly veneers and Minnesotan niceties, characters explode with animosity while concocting schemes against one another. At its core, Fargo, whose third season ended yesterday, is a morality play dressed as a cheeky crime drama, a wolf in sheep’s clothing perfectly personified by this season’s showdowns between Ewan McGregor’s Emmit Stussy and ultra-Machiavellian V.M. Varga, played by a chilling David Thewlis.

At the helm of the series is Noah Hawley, who, thanks to his work on Fargo and FX's dark superhero parable Legion, has quickly risen to be one of the most respected creators in Hollywood. A Sarah Lawrence graduate, Hawley had a scattered early career working as a paralegal while trying to gain traction as a novelist and musician. After cutting his teeth in network television, Hawley was approached by FX to adapt the iconic Coen brothers' film into a TV series. Though he had reservations, Hawley has since found unparalleled creative freedom as a writer and has drawn heavyweight talent like Billy Bob Thornton, Martin Freeman, Kirsten Dunst, Ted Danson, and Carrie Coon. We called up Hawley to talk about bringing Fargo to life, getting into the mind of a villain, and what he hopes for his legacy.

What did you study as an undergrad at Sarah Lawrence and how did it inform your own writing as a showrunner?

I studied a lot of political science. I did take some philosophy classes. I think the most important thing is that it taught me how to think. It taught me how to ask questions. It was more like graduate school because you only took three classes and then at each class you had to invent your own class. It taught me to ask questions and answer them, which is basically what my identity as a writer is. When there's something I don't understand about the world or people, then I think, Alright, well, how am I gonna figure this out? It becomes about researching, and then the act of writing is about trying to recreate the world.

What were some initial challenges you faced when you came on to Fargo?

The first conversation with FX was, “We're thinking of making a TV show based on the movie Fargo, but we're wondering, can you do it without Marge?" By which they meant any of the characters from the movie. But if you're not adapting a movie by adapting a movie, what are you doing? It becomes this process of interpretation to say, "Can you tell me a story that makes me feel the same things that I feel when I'm watching Fargo?" And that was a really fascinating challenge to have to think about, what makes that movie that movie, and the fact that it's not a whodunit in that you meet the criminals before the crime is committed, that you only meet law enforcement once the crime is committed—then it's a morality play.

You explore a lot of really dark facets of human nature through Fargo's villains. What is some of the philosophy that goes into them?

They're all very different. I think Billy Bob Thornton represented this idea of what happens when the civilized man goes out into the wilderness and meets a very uncivilized man. Billy had this philosophy, we used to be gorillas, and this idea that there are no rules, that human society is based on this assumption that we have to act a certain way when we don't actually have to do that. And then in the second year, I would say we sort of spread the villainy around. Mike Milligan definitely had a point of view, but so did Jeffrey Donovan's character. This season, V. M. Varga is a sort of closer look at that idea that Marge has at the end of the movie. Here you are [ruining] this beautiful day, and for what? A little bit of money. This idea of what people do for money. People say the word billionaire, which seems a lot more contemporary and of the moment, but he's this person who believes that human beings have no intrinsic value other than the money that they make. On some level, there is something elemental about these characters, like Anton Chigurh from No Country for Old Men or Peter Stormare's character in the movie, something where you get to a version of this character that’s always been blowing through the American landscape.

A lot of television nowadays depicts these very broken Americans dealing with economic insecurities. Is there a correlation between the collapse of empire and the gravitation toward narratives depicting our collected worry?

I think that when you're dealing with a crime story based on what people will do for money, it's a very relevant thing. If you look at these two brothers, Emmit and Ray Stussy, Emmit is older but looks younger. I had a conversation with FX about that and whether that was going to be confusing to people. I said, "Look, Emmit's older, but he's rich." He eats well and he exercises. I know a lot of people who are my age who look a lot older. I mean, Ray eats fried food and drinks diet soda and gets Happy Meals, and he can't put that kind of energy into himself that people with money can. I think that idea of entitlement and the idea that Emmit thinks he's a self-made man, when the reality is, he's standing on his brother's back to get where he got. Some of that, America's delusion, is certainly in there.

Do you then think there's a correlation between when all of these great shows on television coming out and the '08 financial crisis?

It was definitely a simultaneous expansion of the market, the television market, and how many places you could go to watch shows, and therefore how many shows that there were. At the same time, the only way to differentiate yourself, if you're Amazon or Netflix or Crackle or the WGN network, is to try to make something different and better, which becomes an artist's market. If you look at a network like Hulu, they didn't really have an identity until The Handmaid's Tale came, and now they have an identity. Amazon was the same with Transparent, or Netflix with House of Cards. Suddenly you thought, Oh I see, this is a great television network because they have a great show on. I don't know that it was causative, though; maybe you saw stories where people were more focused on the big setbacks in life and things you took for granted could backfire on you, so maybe the types of stories shifted.

You've worked with a lot of famous actors, but when someone like Ewan McGregor signs on to one of your projects, are you a bit nervous when you initially start working with them?

Usually, by the time we start working, I know whether I need to be nervous or not. Ewan, from the very first meeting, I knew that he was an empathetic and professional person, that there wasn't going to be a diva issue and that he wasn't going to make this all about him. On some level, the fact that all these stories I tell are ensembles tend to weed out the narcissists because they'd rather go and be in a one-hander or a two-hander or something where it's all about them. Knock on wood, I luckily haven't had that experience of having that person that's badly behaved, but at the same time, when you're working with an actor whose work you have watched for years, who you may be a little starstruck by, I think all you literally want is to do the work and not get caught up in that stuff. For me, I tend to focus on telling the story, and, for me, I'm telling a story with characters in it, and these actors are playing these characters, and I tend not to get very precious about it, They're either the right person for the role or they're not.

I don't know. Diversity, I guess. It's nice that I've managed to tell all kinds of stories that are very successful and that I could go from Fargo to Legion. The idea that I was able to transcend medium and just tell a great story, whatever the format. And if I could make people a little bit nicer to each other at the end of the day, that would also be good.