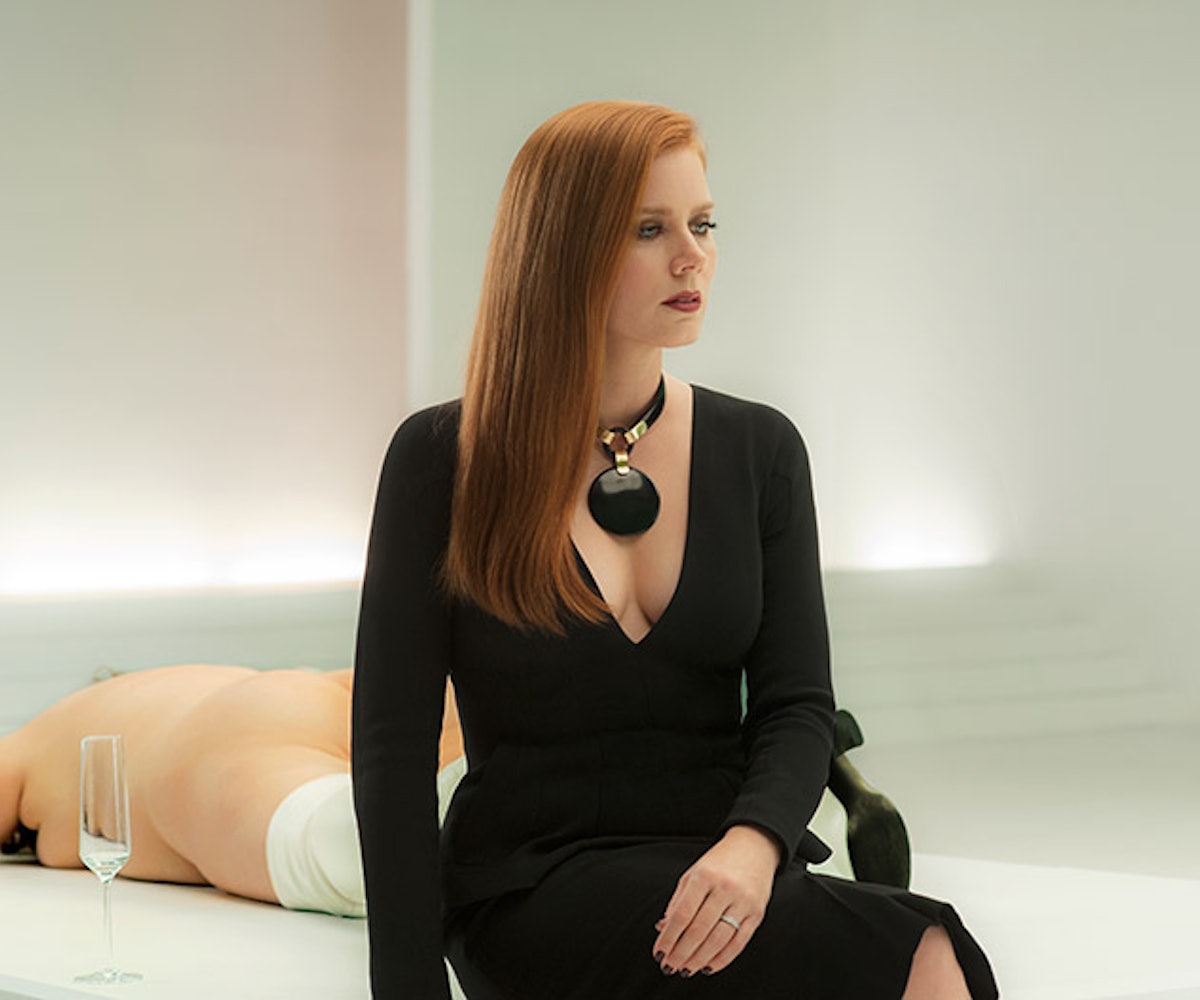 From fashion to beauty to filmmaking, Tom Ford's vision is always diamond cut precise. His latest foray in Hollywood, this month's Nocturnal Animals, is no exception. Based on Tony and Susan, a 1993 novel by Austin Wright, Ford's silver screen adaptation is dark, romantic, and slick. It swept the film festival circuit, including picking up the Silver Lion Grand Jury Prize at the Venice Film Festival. At Cannes, Focus Features purchased the rights to the film for a whopping $20 million. And with critically acclaimed performances by Amy Adams, Jake Gyllenhaal, Aaron Taylor-Johnson, and Michael Shannon, it's ready to stun the public like Ford's first film project, A Single Man, did in 2009.

Nocturnal Animals takes its name from a novel that mysteriously appears on the doorstep of Susan Morrow's (Adams) Los Angeles home—a novel that just so happens to have been written by her ex-husband Edward (Gyllenhaal). Though affluent and privileged, Susan is unhappy with her current lackluster marriage and haunted by her past with Edward. The book, as Susan comes to find out, is a reflection on how Edward dealt with the unspeakable way Susan left him. The movie thus follows three different timelines: the past, the present, and the timeline in Edward's book. The Hollywood Reporter's David Rooney says Ford's execution of the easily confusing timeline "demonstrates that Ford is both an intoxicating sensualist and an accomplished storyteller, with as fine an eye for character detail as he has for color and composition."

Ford has said that he knew he wanted Adams and Gyllenhaal to star as the leads, and Variety's Owen Gleiberman says both actors deliver performances at "the top of their game." Though it may seem like a revenge noir, Nocturnal Animals is truly about loyalty to the important people in your life and, perhaps, the violence that love incites when a heart gets broken. "[The movie] is about regret, among many other things," TIME's Stephanie Zacharek writes. "Susan reflects on the poor choices she’s made, decisions that have led to true unhappiness. Edward is using his fictional counterpart, Tony, as an expression of anguished, human helplessness (and its subset, anguished male helplessness)."

The Guardian's Peter Bradshaw, however, summarizes it best:

"It is about the revenge of the past on the present and the present on the past. The older person avenges the slights and reversals of struggling youth by getting rich and successful. The younger person, reaching out maliciously from the past, mocks this bland victory by with memories of the idealism you have abandoned, the youthful beauty and hope you have lost and the sickening inevitability of becoming like the older generation you once despised... This is a terrifically absorbing thriller with that vodka-kick of pure malice."

Tom Ford's Nocturnal Animals is richly complicated and deftly executed, which makes for yet another stellar addition to his cinematic canon and all-around visual repertoire. It opens in select theaters November 18.