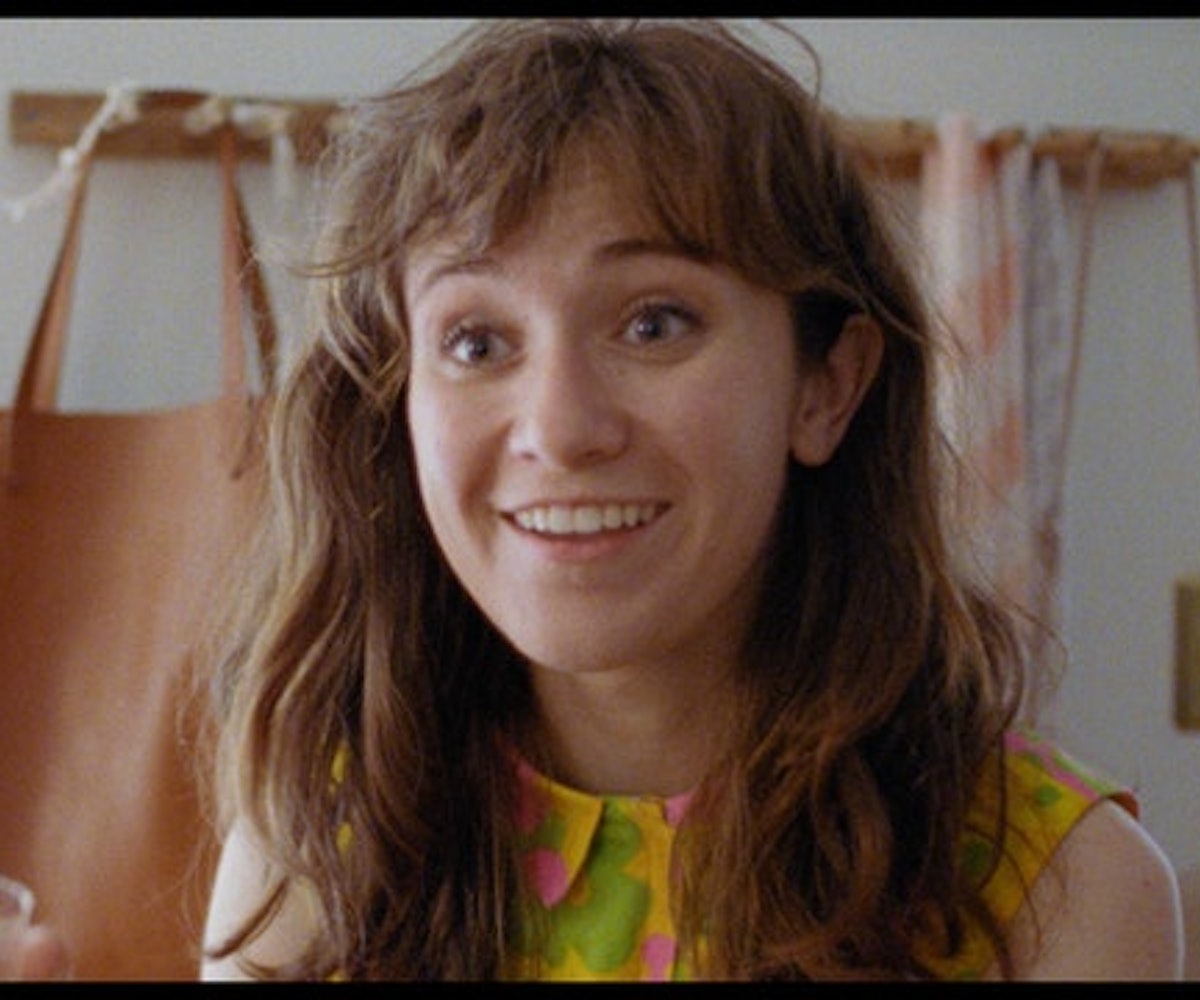 In her relatively short career as a performer, Noël Wells has experienced two major career highs, followed by what some might consider setbacks. After joining the cast of Saturday Night Live as a featured performer in 2013, the Texas native was not brought back for a second season. Then, after shining as Aziz Ansari’s love interest on the first season of his acclaimed Netflix comedy Master of None, her character appeared only briefly in the show’s sophomore season. Suddenly, despite achieving the type of visibility most comedic actors could only dream of, Wells found herself without a steady paycheck. But instead of waiting for the next opportunity to come her way, she opted to create her own.

The result is Mr. Roosevelt, Wells’ debut feature as a writer and director which she also stars in. In the scrappy, insightful comedy, Wells plays Emily, a loosely autobiographical character who takes a sabbatical from trying to make it as a comedian in Los Angeles to return home to Austin after hearing that the beloved cat she left behind is terminally ill. Once there, she ends up crashing with her ex-boyfriend and his seemingly perfect girlfriend. Old traumas resurface, and Emily is forced to take stock of her new life and the one she left behind. We spoke to Wells recently about the challenges of making her first movie, the ups and downs of show business, and the difficulties of being a woman in the comedy world.

Do you remember the moment you had the first kernel for what became Mr. Roosevelt?

Was making a movie harder or easier than you had expected?

It’s hard to quantify something like this as being hard or easy. I was certainly ready to make a movie and had the skills, so that wasn’t hard, but I faced challenges I never anticipated. While it definitely took a toll on me physically, it also really did a number on me emotionally and spiritually. But I’ve come out the other end, proud of everything that’s happened and excited to jump into the next project.

Did you always have a feature film in you or was the desire to write and direct and star in your own movie a result of something specific?

I’ve always wanted to be a director, it’s just how my mind has always worked. If I hear music, I see music videos and all the shots and setups to edit it all together. If I interact with a person, I’m seeing a whole scene come to life. I remember when I was a little kid playing with the 25 Legos I had, I thought, If I just had a camera, I could film different setups and make it look like I have way more legos and tell a story. I didn’t get a camera though until I basically got an iPhone. It’s very weird how long it's taken me to get here considering it’s been a background program in my head my entire life.

How did being let go from SNL influence the making of the movie?

I just realized no one was going to hand me the opportunity and I just needed to make it happen. I knew when I was writing the film I was going to make it no matter what, whether it was going to be with a handful of friends or something bigger.

What elements of your own life did you draw on to create Emily?

A lot of the things that are in the movie have happened to me in some sense, but it’s all fictionalized. I only used things that would serve the arc of the character and the story, and nothing is autobiographical aside from some of the impressions at the beginning actually being impressions I used to audition with.

How close are Emily's mannerisms and cadences to your own? Would your friends and family recognize the person onscreen?

I just asked a really close friend if she thinks I am just being myself as Emily. And she said that, of course, it’s me, just like how Rachel was me in Master of None, but that it’s clearly not me. I’m honestly less grumpy than Emily. I'm much more optimistic. I’m not that combative. But I definitely have meltdowns and I’m weird and self-conscious. And I love my cat.

The movie is populated with actors that most audiences won't recognize. Were you ever going to potentially fill the movie with the recognizable faces of your friends from the comedy world, or was it a matter of casting who was best for the part?

I have personally known a lot of the actors I cast for years, and I knew they could do the parts they got because they have been doing incredible work that whole time, but it’s funny to think other people wouldn’t recognize them. There is so much incredible talent in Hollywood, and it’s crazy to me that we see the same people over and over again in projects. It wasn’t conscious, I just wanted the people that were best for the parts. The only person I knew no one would recognize is my friend Trinh Hunyh, who plays Stacy—she's a girl I went to college with, and I wrote the part for her, but she had never acted before this. She's such a natural though, it's not fair.

The way in which you portray the comedy world which Emily inhabits—where men are creeps—feels very prescient given the current climate. Is that depiction based on your own experiences?

Yes, I have been around a lot of unconscious men and women my entire life, and this isn't limited to comedy, but it does take a very particular shape in the comedy community. I used to be victimized by it, but now that I feel more confident about myself, I actually feel sad for them. Men think of women as people who just augment their experience. Women’s value isn’t a given. But getting to know some incredible women, and even learning to value myself, it’s a shame that we aren’t celebrated, loved, and cherished as a default. A lot of stupid dudes are really missing out on a much more interesting experience of life. Some men don’t seem to want to value things outside of their existence, their egos, their self-importance. I would like a world and a sea change in men where they start asking, “What can I do for you? How can I make you happy? How can we do this all together?”

Is Instagram jealousy something that you deal with IRL, and do you think it's a very real problem?

I think social media is a terrible problem, and it's making people mentally ill. I’m not a jealous person, but when I see people that seem to “have it all,” I get very very down on myself and beat myself up. I think many people are learning how social media isn’t reality, and how you can’t judge yourself based on what you see, but on the other hand, some of the coolest people I know are still getting hurt by other people’s posts. And not only that, there is so much manipulation that takes place on social media, lots of weird games people play. And let's not even get started about the Russian propaganda machine and how they play right into all the games.

Your character on Master of None was so terrific. Were you disappointed at all that her arc did not continue in Season 2?

Sure, I was disappointed. Being an actor is a very uncertain thing, and I really loved shooting the show and really felt like I contributed so much. But I also respect that it wasn’t my show and creatively they wanted to take things in another direction. I’ve been a boss on things that go a different way than I originally anticipated and have also disappointed people. Being on both sides of it, I can feel for myself without placing blame on myself or anyone. It’s just how it works.

How did Austin and Texas as a whole shape you as a person?

The things I notice I have in common with other Texas filmmakers is this desire to hold onto my independence and do things my way. I think that is just the Texas spirit and the grit that goes into making things. It’s just a level of practicality that serves me.