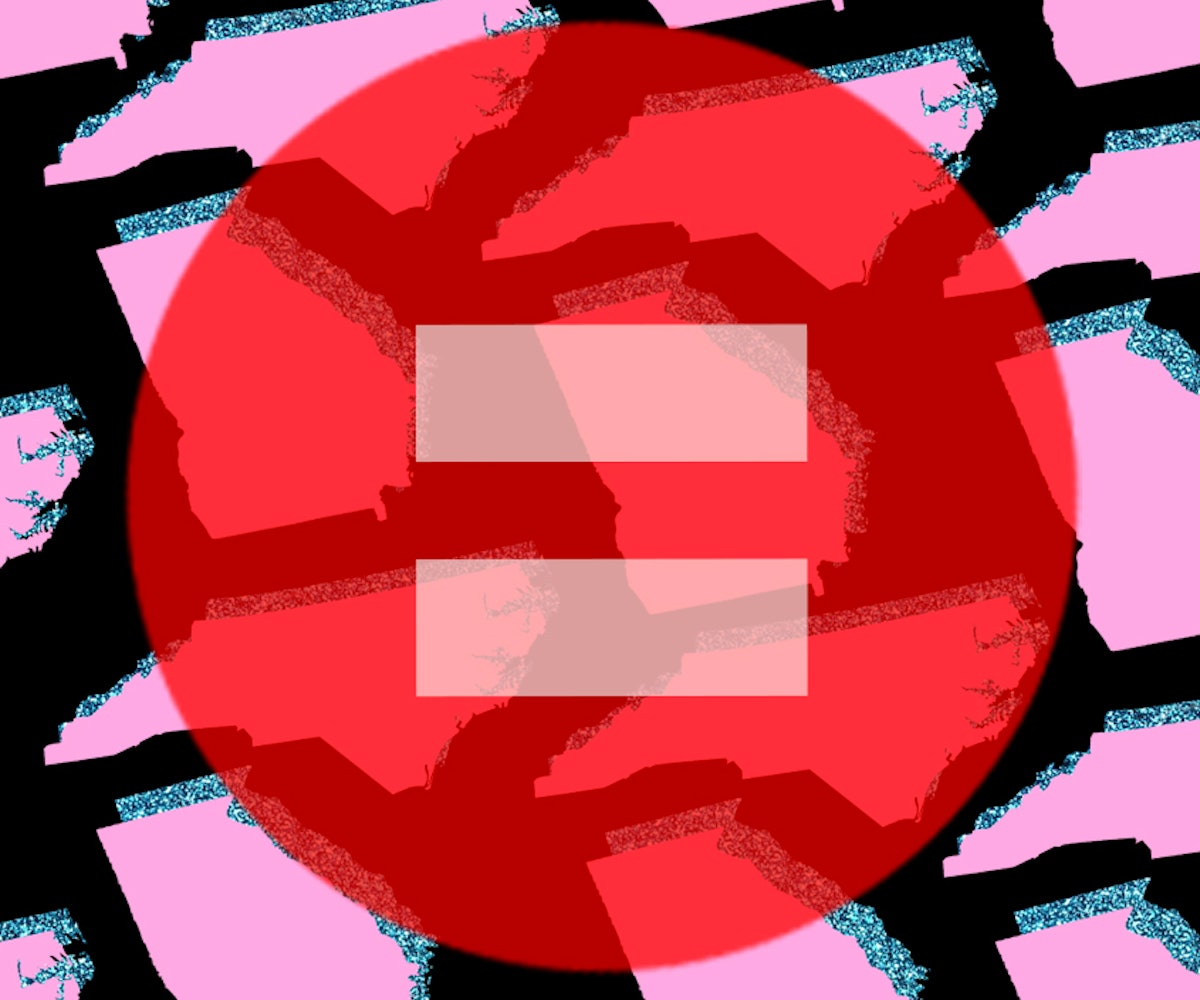 Yesterday, North Carolina lawmakers were called together for a special session that resulted in the rolling back of years of progress for the LGBT community. Within hours, North Carolina Gov. Pat McCrory signed House Bill 2, the Public Facilities Privacy & Security Act. Here's what you need to know.

Essentially, the law blocks the protection of LGBT people.

A month ago, the city of Charlotte, North Carolina, passed a measure protecting lesbian, gay, bi, and trans people from being denied service by businesses and—most "controversially"—stated that trans people should be able to use the bathroom that corresponds to their gender identity.

The bill signed yesterday tramples Charlotte's anti-discrimination efforts. It bans individuals from using public bathrooms that don't correspond to their "biological gender"—in other words, stripping transgender people of one of the most basic human rights many don't even think twice about.

Although the legislation passed the state House 82-26 and the state Senate 32-0, Senate democrats walked out and refrained from voting in protest of the bill.

Chris Sgro, executive director of Equality NC, referred to the bill as representing "politics at its worst," and Caitlyn Jenner expressed the need for immediate action against it.

Regardless of the backlash, Gov. McCrory defended his actions by tweeting, "Ordinance defied common sense, allowing men to use women's bathroom/locker room for instance. That's why I signed bipartisan bill to stop it."

Unfortunately, this isn't the only bill like it. Georgia is set to pass legislation, under the same guise of "religious freedom," allowing organizations to discriminate against people based on their sexuality or gender identity.

While these moves encourage a multitude of emotions, disappointment stands as one of the strongest. Let this unfortunate reality remind us of the importance of fighting for a less ignorant and more inclusive world.

NEXT UP
Entertainment
Paramore Finally Has A Release Date For New Music
Entertainment
Cate Blanchett Plays A Troubled Genius In 'TÁR' Trailer
Fashion
This Y2K-Beloved Bag Is The Most Sought After Item Of 2022
Entertainment
YDE On Her EP, Lady Gaga & Making New Short Film 'Send Help’