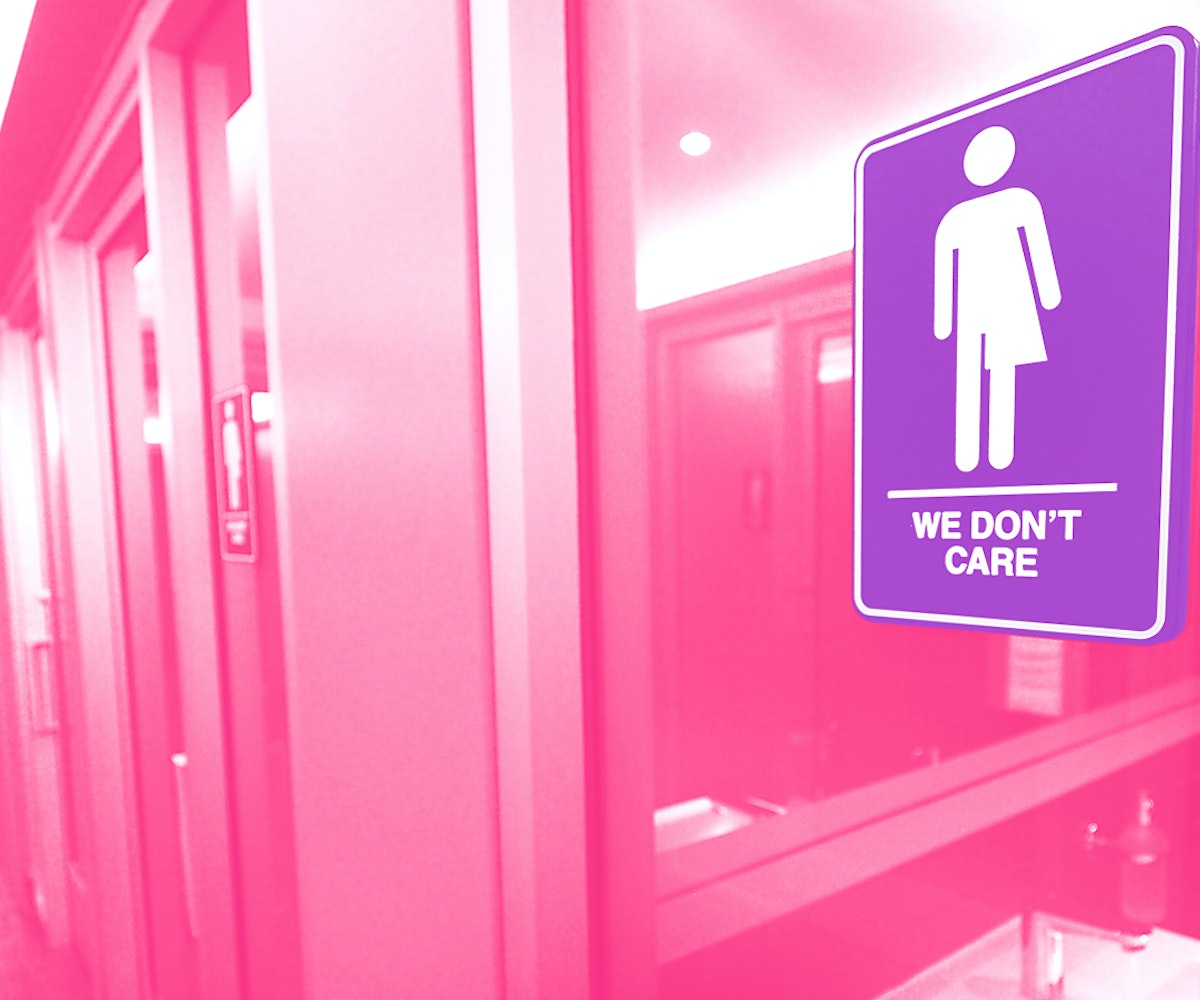 Lawmakers in North Carolina have passed a new bill aimed at repealing the state's controversial HB2 through its first round of testing with the state's Senate Rules Committee. If successful, this new bill—dubbed House Bill 142 (HB142)—would lift HB2's ban on local municipalities nondiscrimination protections for LGBTQ people and the requirement for individuals to use the bathroom that corresponds with the gender they were assigned at birth. Great!

Well, no. Not really.

"Repeal," it seems, is more of a PR move than actual intent, because HB142 still does not protect transgender individuals. Under the new bill, the state maintains control over who can and cannot use multiple-occupancy bathrooms, allowing the state to uphold HB2's stance against nondiscrimination protections. City and local governments will not be able to pass their own laws protecting its transgender citizens until December 1, 2020. This is not a repeal or a reversal; it's HB2 in a different package. A transphobic bill by any other name is still transphobic and damaging.

Senate Leader Phil Berger and House Speaker Tim Moore said in a statement that they're "pleased this proposal fully protects bathroom safety and privacy." What they fail to see is that it does not fully protect North Carolina's trans community and, instead, puts the community in more danger. A survey of 93 transgender and gender nonconforming people found that 70 percent of those surveyed felt unsafe in bathrooms that don't align with their gender identity, have been harassed, or physically assaulted.

If passed, HB142 puts North Carolina's LGBTQ community at risk. It will not, as Governor Roy Cooper (D) believes, "[begin] to repair our reputation." It will make North Carolina a state whose laws do not protect its citizens but rather, makes them susceptible to discrimination based solely on their sexuality and gender identity. But hey, whatever it is that helps these lawmakers sleep at night.

HB142 heads to the House of Representatives floor next.