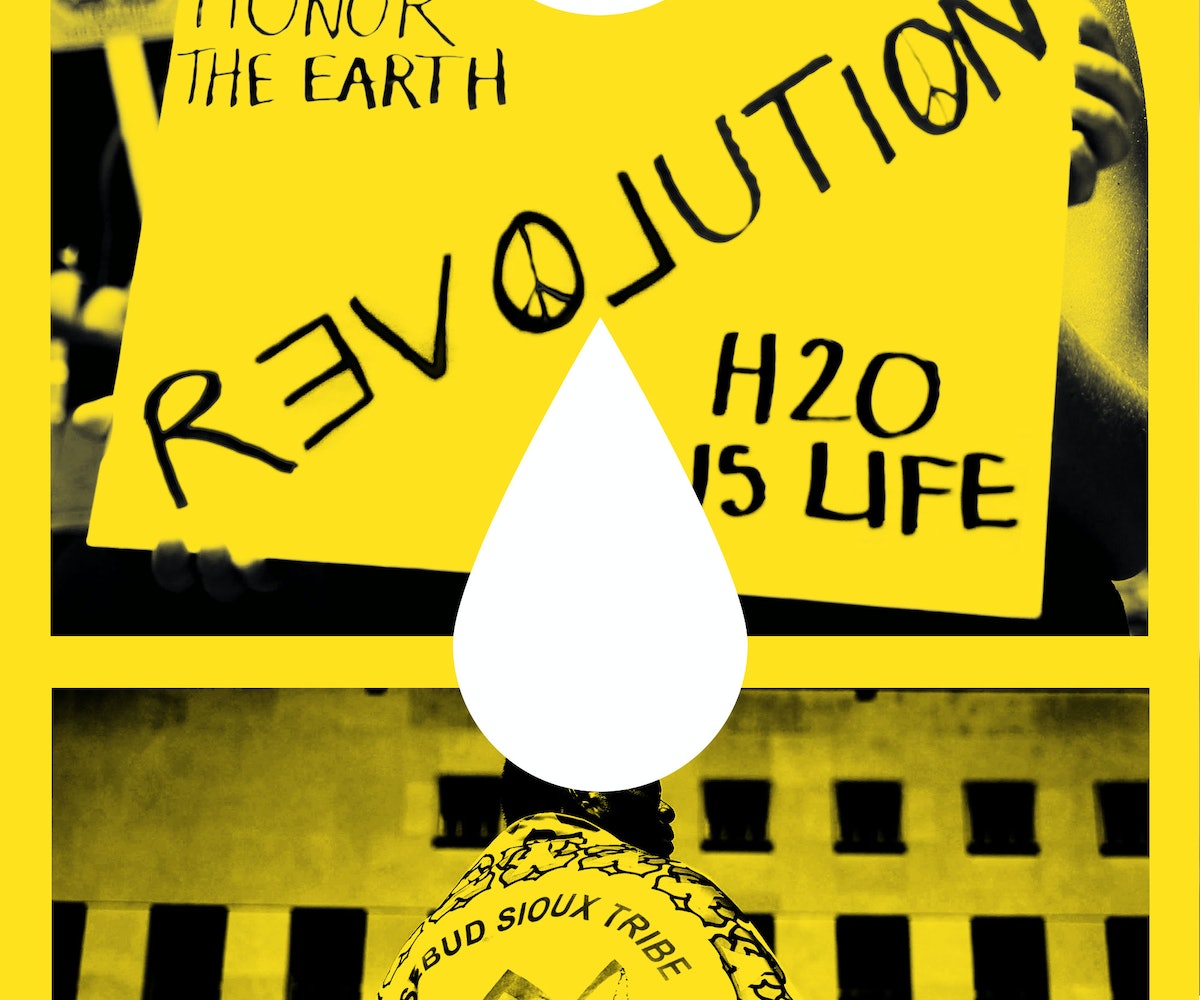 For the past four months, Native Americans have been camping out in Cannon Ball, North Dakota, in an effort to halt the construction of pipelines. If the estimated $3.8 billion project is completed, the Dakota Access Pipelines (DAPL) would run from the Missouri river to the Cheyenne river reservation. The main problem with the route is that it directly interferes with a sacred burial ground. If the pipelines leaked at any point, the rivers would become polluted, leaving the tribe at risk of having their only source of water poisoned.

This weekend, the Standing Rock Sioux Reservation's peaceful and nonviolent protest received massive international attention after images of people being attacked by dogs and mace went viral on social media. Authorities claim that some members of the protestors are under investigation for illegally spray-painting construction equipment located on the site, a reason that surely doesn't justify security guards releasing vicious hounds on anyone.

According to the BBC, this is the largest gathering of indigenous tribes in more than a century. (Representatives from nearly 100 tribes are currently present on the grounds.) Bobbi Jean Three Legs started raising awareness with a 500 mile spiritual relay run to Washington, D.C. back in April. Since then, the movement has mostly been led by indigenous youth and women.

Historically speaking, Native Americans continue to be one of the most marginalized groups in the United States. The Standing Rock Sioux Reservation is one of six reservations that remain in the Dakotas, formerly known as the Great Sioux Reservation. The prayer camps where everyone gathers is filled with families made up of children and elders who adhere to a strict no drug, alcohol, and weapon policy.

"Our indigenous people have been warning for 500 years that the destruction of Mother Earth is going to come back and it's going to harm us," said David Archambault, tribal chairman of the Standing Rock Sioux. "Now our voices are getting louder."

Numerous celebrities have openly expressed their solidarity for Standing Rock via social media. Clearly, this is more than a local issue—it's a national crisis that needs to be addressed. This doesn't only concern the environment, it's about basic human rights. Standing Rock is protecting this land on behalf of all people from the past, present, and future.

The team of lawyers representing the Standing Rock Sioux Reservation is trying to convince a federal judge to withdraw permits for the pipeline. U.S. Judge James Boasberg granted the tribe's request for a temporary restraining order to stop the project earlier this week. He must decide by tomorrow if he will send the U.S. Army Corps of Engineers to formally withdraw the permits.

In the meantime, do your part and sign the DAPL petition here.

UPDATE 9/9/2016 7:15 PM EST: The Justice Department and Army Corps. of Engineers have decided to halt part of Energy Transfer Partners' construction around Lake Oahe until the agencies have conducted further reviews of potential damage to the Native American historical sites. Read the joint statement here.

UPDATE 9/9/2016 4:20 PM EST: Judge James has denied the Standing Rock Sioux Reservation's request to shut down the construction of the pipelines in federal court. You can read the one-page ruling here. There is no further explanation for the decision. For more information, follow NPR.