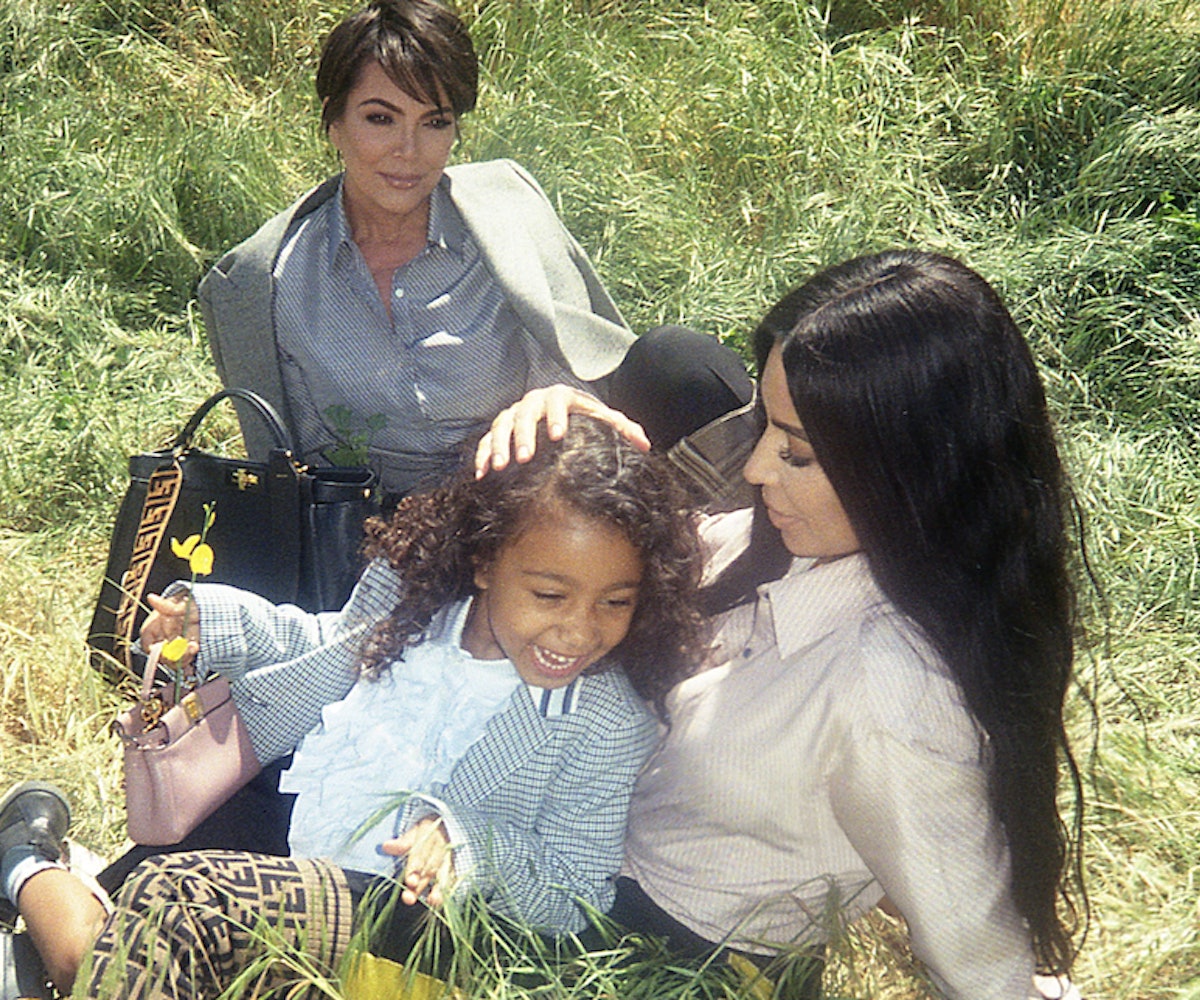 North West has just landed her first fashion campaign. The five-year-old daughter to Kim Kardashian and Kanye West starred alongside her mother and grandmother, Kris Jenner, in Fendi's #MeAndMyPeekaboo campaign in honor of the 10th anniversary of the brand’s staple Peekaboo bags. The campaign, which was shot in L.A., captured the three ladies sharing an intimate moment in a grassy meadow while modeling the bags.

"The idea was to expand the concept of family, as it’s part of our history, and we wanted other families of women,” creative director for accessories, men’s wear and kids’ wear, Silvia Venturini Fendi, told WWD. “In the case of the Kardashians, they are all three of them very strong women, with strong personalities. It’s an iconic family, who is known for its appearance, but we wanted to bring more of an intimate side to the table.”

Previously, the campaign featured Venturini Fendi and her daughters, Delfina Delettrez Fendi and Leonetta Luciano Fendi. Ewan McGregor’s daughters, Clara and Esther, also appeared in an installment of the campaign.

Though the campaign was North's first, it isn't the first time a brand called on the Kardashians to helm a family themed project. In January, the Kardashians and Jenners starred in Calvin Klein's #MyCalvins campaign.

The rest of North's campaign will be released on Fendi's social accounts starting July 11. In the meantime, you can get a sneak peek of some of the photos, below.