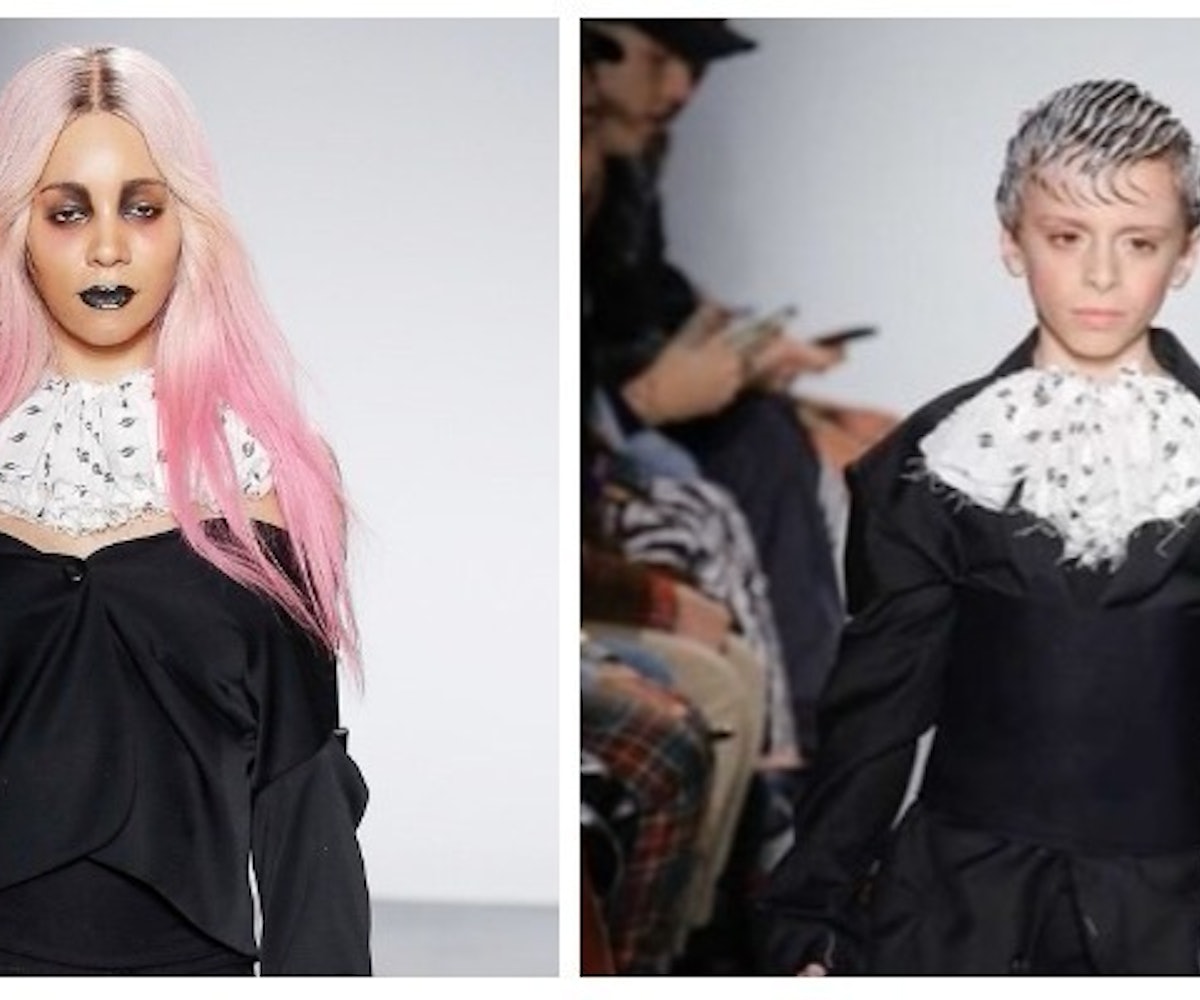 New York Fashion Week this year is already shaping up to be much more inclusive. Unsurprisingly, both Chromat's and Christian Siriano's shows this season featured a diverse cast of models. And, just yesterday, for its fall show, Gypsy Sport not only featured models of different shapes, colors, ages, and genders but also trans people and activists. Now that's how you make a statement.

Chief among them was trans model and activist Munroe Bergdorf, who closed the show. "To walk for a brand like Gypsy Sport, who is completely along the same lines as my politics and all about empowerment and redefining beauty—that's what I'm about," Berdgorf told Vogue about making her runway debut for the show.

Desmond, a 10-year-old "drag kid" superstar and LGBTQIA activist, also made his runway debut at the show—and people could not stop smiling once he hit the catwalk.

The fact that Gypsy Sport put out such an incredible show shouldn't come as a surprise. The brand consistently works to push new faces forward for its campaigns and, instead of using a traditional casting agency to find models, has been known to scout models "from the real world." Now, if the rest of the fashion could get with the program, that'd be great.