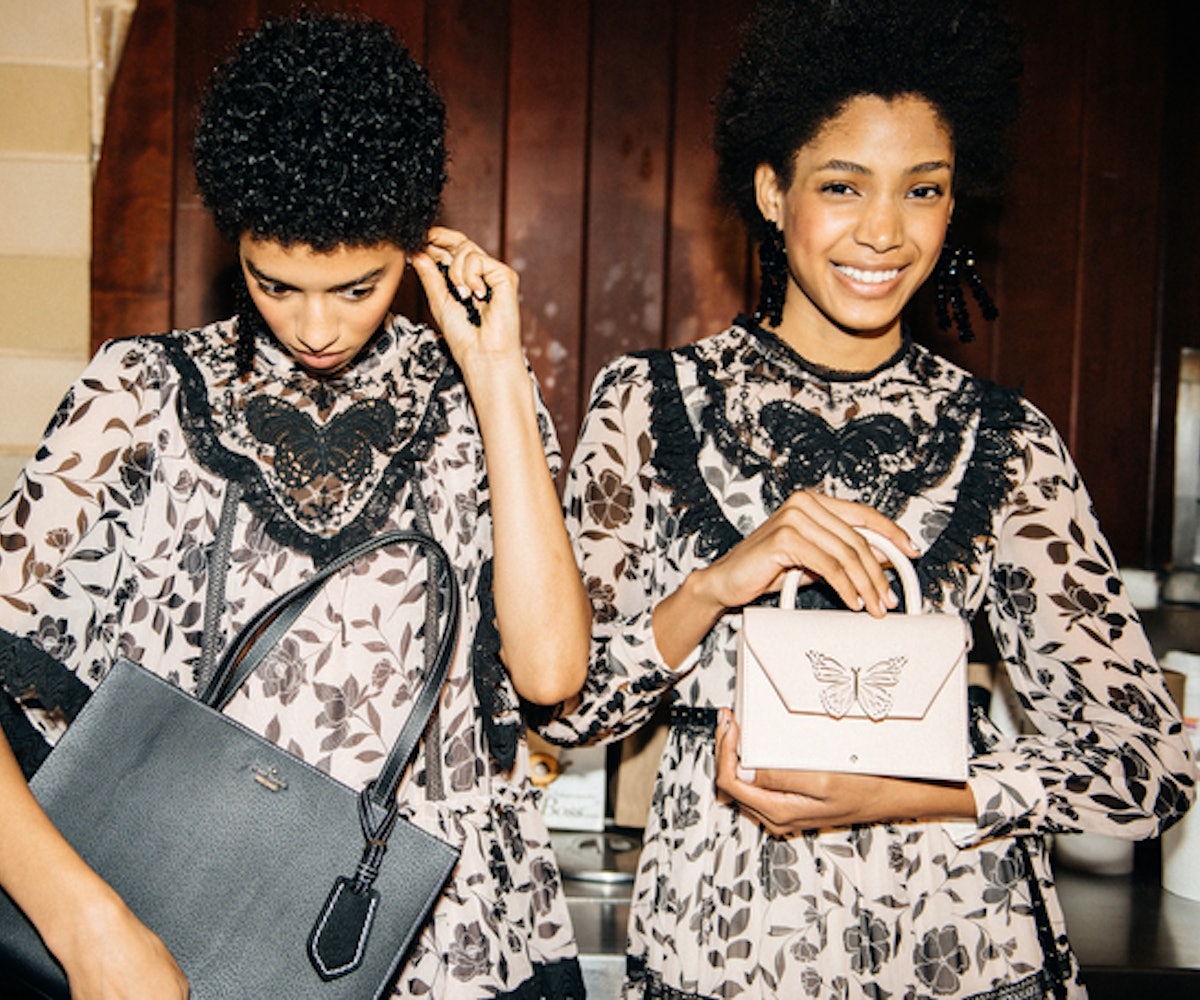 Last Wednesday, Marc Jacobs closed out New York Fashion Week after seven days of back-to-back(-to-back) shows. From the emerging newcomers to those practically running the industry, each presented a Spring 2018 collection; a glorious presentation of what we’ll be seeing hit stores come springtime.

Whether or not you got to see these shows in person, chances are you were able to see it all as it was happening, thanks to social media. However, what most people don’t see (even the fashion people sitting front row) is what’s actually happening behind-the-scenes before a show takes place.

Curious? So were we. We sent photographer Andrew Blumenthal backstage to capture all of the happenings going on behind-the-scenes. Hint: There’s a bit of napping, and a lot of snacking.

Below, check out our favorite moments from Spring 2018 shows.

Coco Rocha getting the rhinestone treatment backstage at Jeremy Scott.

Believe it or not, these nails were the most low key of the group at Libertine.

Getting in a quick facial massage backstage at Public School.

Capturing us at our own game backstage at Brock.

Sneaking in a quick bite backstage at Brock.

In dire need of coffee backstage at Cinq à Sept.

Just some casual sunbathing before the presentation begins at Cinq à Sept.

Getting in a quick nap backstage at Kate Spade.

Waiting for the presentation to begin backstage at Kate Spade.

All lined up and ready to go at Kate Spade.

TFW the backstage at Kim Shui is also an office.

Some models got private offices at Kim Shui.

Casually covered in gold and dirt backstage at VFiles.

It's a party all the time backstage at VFiles.