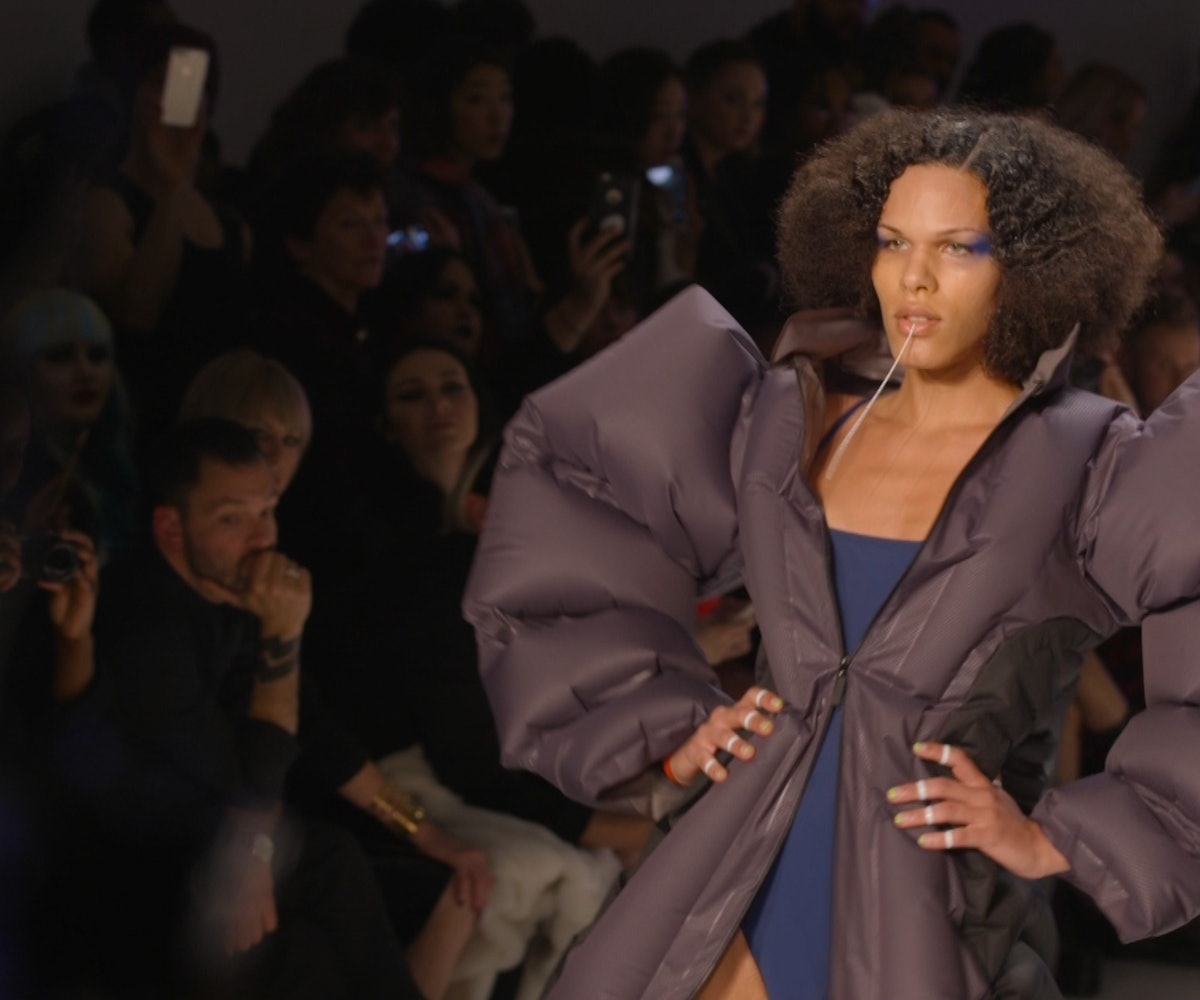 The world is melting. Global warming, despite what some self-interested politicians might argue, is very real. It's easy to think this means that our future selves will require clothing that keeps us afloat. As it turns out, though, the future is now. Chromat's NYFW collection, titled "Buoyancy," featured aquatic-themed pieces ranging from architectural swimsuits to Klymit inflatables sculpted into the silhouettes of jackets and skirts. It was done to, as Chromat's Becca McCharen-Tran says, help "the wearer feel lifted and protected." (Kim Kardashian West, as you'll learn in the video above, had some influence, as well.)

It all came together in a blue-drenched, floor-shaking production that reveled in the intersection between fashion and politics, which helped make Chromat's show one of NYFW's most exciting. (As if a Chromat show could be anything but.) Learn all about the inspo for the show in the video, above.