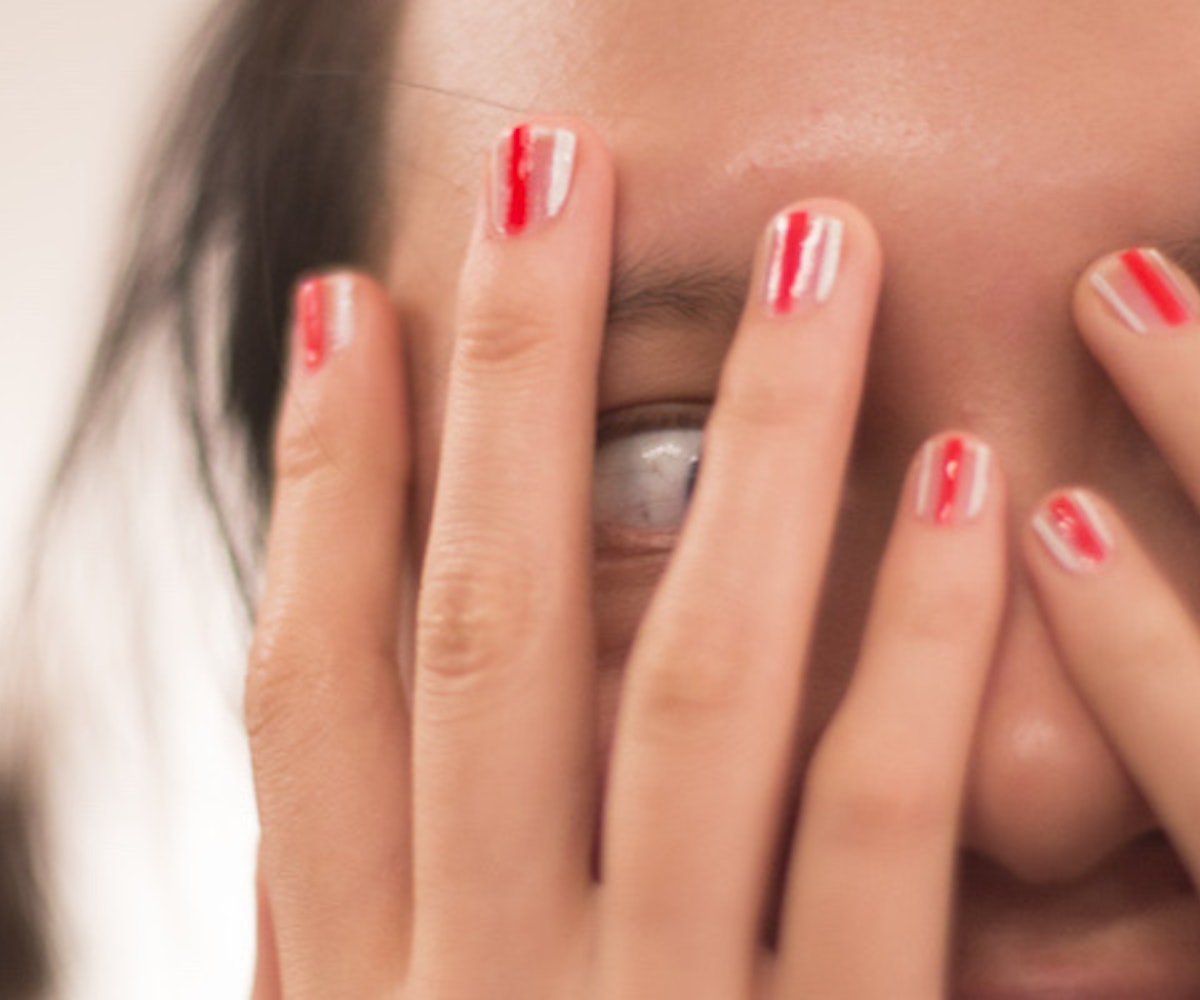 After seven days of runway shows, presentations, and parties, New York Fashion Week has now come to a close. While the rest of the world is looking on to the collections of London, Milan, and Paris, we thought it was only right to celebrate the close of the New York shows with an intimate look behind the scenes.

We sent photographer Franey Miller backstage to of some of the week's most major shows and presentations to capture the excitement from the models' point of view, something many—even front row attendees—don't often get to see.

From the hair and makeup chair to what it's like moments before the models step out onto the runway, get a peek behind the curtain of this week's shows, below.

In addition to the clothes, extensions were also tie-dyed at Collina Strada.

This bedazzled belt, though!

Getting in all of those primary colors.

Can we talk about these chain nails at Libertine?

Clean skin and a hint of shadow backstage at Monse.

We want to recreate this dewy, ethereal blush look every day.

Models' heads were adorned with real flowers backstage at Rodarte.

Honestly, have you ever seen anything more glorious than this?