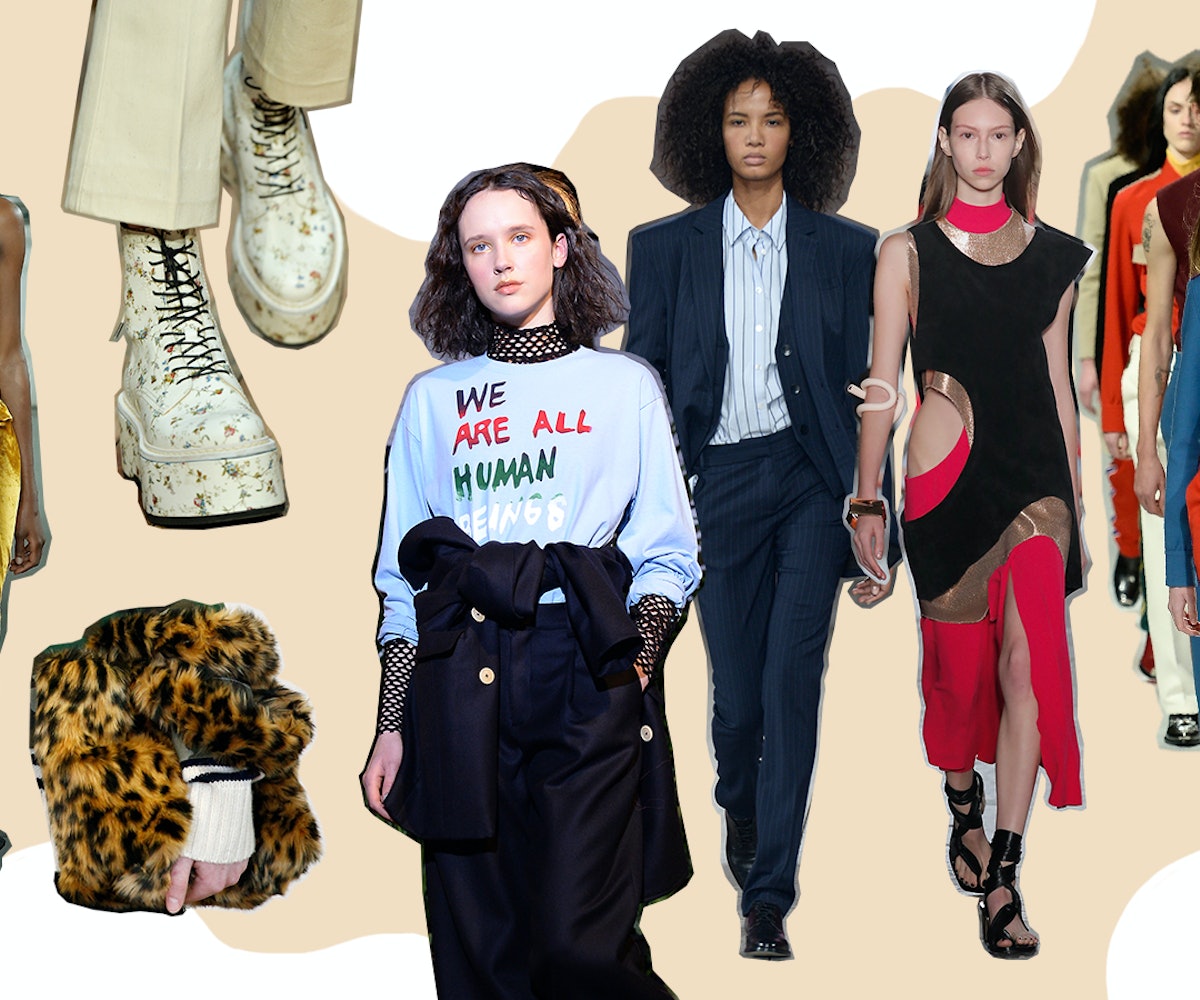 New York Fashion Week has finally come to a close, and we now have a pretty good idea of what’s going to be big next fall.

With the current political atmosphere in mind, a good number of designers used their runway shows or presentations to voice their opinions. Many models donned political tees, while designers donated proceeds and opted to play powerful music and poetry over typical runway tunes. There were even Planned Parenthood pins seen floating around NYFW spaces. Of course, that's not all in store for fall. With Hillary Clinton making the pantsuit popular again, it seems like almost every designer showed their very own rendition of it. Additionally, we can expect luxurious velvet and totally badass accessories coming our way, too.

We’re already dreaming of next fall—yes, despite the fact that it isn't even spring yet. Click through the gallery below to check out the top trends for fall 2017 from New York Fashion Week. Next stop? London!

It’s certainly not a new thing for politics and fashion to mix, but this season—fresh from the election and inauguration of Donald Trump—designers are using their collections to make a statement now, more than ever. From political tees sashaying down the catwalk to brands openly talking about the importance of making charitable donations to places like the ACLU and Planned Parenthood, it’s definitely on trend to take a stand against the Trump administration.

Speaking of politics, the pantsuit has been seen just about everywhere on the NYC runways this season, a more subtle political statement than slogan-bearing T-shirts, but still a powerful one nonetheless. From more traditional menswear-inspired pantsuits to those in a rainbow of colors—pink, yellow, and more—this newly on-trend look is all we're going to want to wear this fall (or, better yet, ASAP).

Our favorite fall/winter fabric is getting quite the classy update. Definitely one of the most-seen textures of NYFW, many designers used velvet to showcase their most stunning evening designs. We're sure we'll be seeing it everywhere from the streets to the red carpet.

This past week, we saw a modern-day version of the cowgirl we always dreamed of being. Designers such as Adam Selman and Calvin Klein rethought Western-inspired denim and shirting, while Jeremy Scott went full-on rodeo. Yeehaw!

NYFW was chock-full of peek-a-boo cutouts, beyond the ever-popular bare shoulder look we’ve been seeing for the past few seasons. While a bare hip seemed to be the most popular style, we won't be getting on board to be chilly in all sorts of unexpected places next fall.

While leopard print has been ruling the outerwear game this season, we can expect this all-time favorite print to trickle down into our accessories. Designers showcased printed bags of all sorts, from clutches to backpacks. Meeeow!

Footwear this season is grittier than ever. Amongst the embellished and bedazzled statement heels, chunky combat boots have made appearances everywhere from R13 to Altuzarra—and they look totally badass.