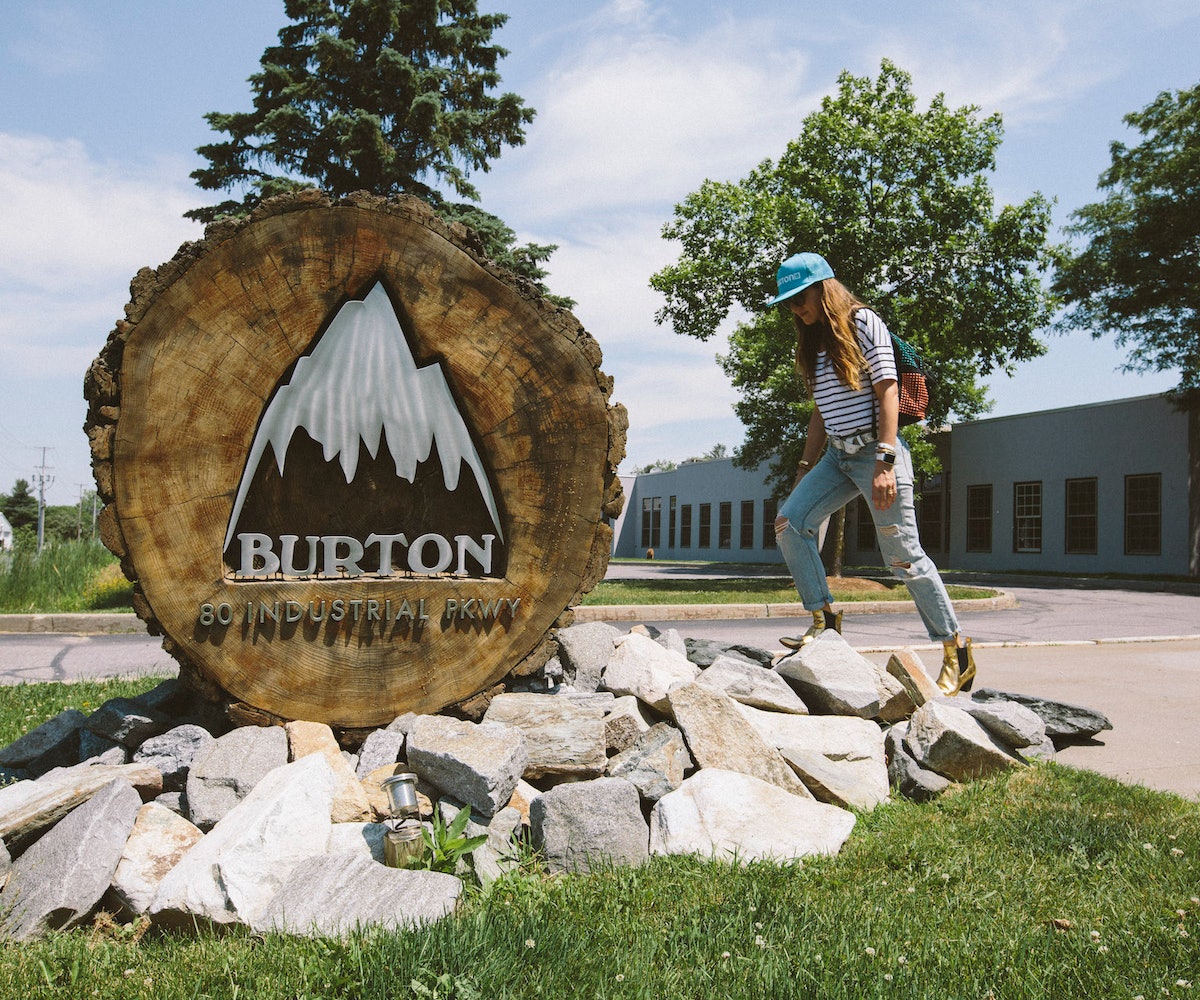 I’ve always been enchanted by Vermont. It’s the kind of place where the hippie ‘60s still live, it’s not uncommon to take a mountain hike before work, and (rumor has it) you can ski up to the stage to receive your college diploma. It’s a state that encourages being active, in nature, and chilled-out. And, at this point, arguably no one is more synonymous with Vermont than Jake Burton Carpenter.

To say Burton invented snowboarding culture as we know it is not all that great of an overstatement. Since founding his eponymous snowboard company in 1977 out of his Vermont barn, Burton (the man and the brand) has been integral to establishing snowboarding’s spot in the pantheon of winter sports, and building up the trappings that surround the lifestyle, from boards, boots, bindings, and outerwear to year-round apparel, packs, and accessories. Alongside his wife and partner Donna, who now serves as the company’s CEO, Burton has built an empire. So when I arrive at the brand’s Burlington headquarters, I know I’m entering snowboarding’s epicenter. For a chance to win your own custom NYLON x Burton snowboard click here.

The company’s rustic offices really speak to its legacy, with walls adorned in a timeline of Burton boards through the years situated under a quote that reads, “You need to know where you’ve been to know where you are going.” Wood-framed vintage boarding images abound, as do pics of everyone from rock stars to Olympians who are Burton loyalists. A golden retriever lounges on the floor.

Out back is an enormous skate bowl. I’m given a tour of the amazing Burton archives, dubbed “The Barn” as a nod to the company’s origin story, by the in-house archivist Todd Kohlman; artifacts include everything from Jake’s original handwritten journals and notecards from the company’s earliest days to a range of product prototypes.

I then take a quick spin around the Burton store to deck myself out entirely in the brand (including some awesome pieces from the Gwen Stefani’s L.A.M.B. collab) for the main event: the construction of a custom NYLON Burton snowboard! This endeavor actually started several months ago: I pored over designs from my desk at NYLON HQ in NYC to find just the right one. I ultimately chose the Lip-Stick, which is a great all-around, all-terrain board. And of course, we decided we would be swapping out the board’s standard colorway to instead feature a heavy dose of NYLON pink.

When we get down to the production area to start building, it becomes immediately clear that there is so much that goes into building every Burton board. We begin the epic process by cutting the core and base, sidewalls, and tip and tail on something called a Computer Numerical Control, or CNC, machine, which uses a precise program to cut the wood into the exact shape needed.

We then profile the board for the desired flex and overall feel using Burton-specific technology called Squeezebox, which maps out thinner areas under the foot (for control and feel), and thicker areas around the foot (for pop and energy).

Next is the layup, or the process of putting all of the pieces together before the board is pressed. We put in the base material and place a metal edge around it, bending it to match the shape. Then we put gummy washers around the edge of the board before adding epoxy and the first layer of fiberglass.

We place the core, the tip and tail spacers, and the sidewalls. We add more epoxy, the channels (a Burton-specific mounting system), and gummy. Next comes the second layer of fiberglass, followed by the topsheet of the board.

Compressed air is used to clean the top of the mold and topsheet, before the board is “cooked.” This means we place it in a water-heated press, which is between 80 and 90 degrees Celsius. For 13 minutes, an airbag inflates to get a nice, even distribution of pressure on the board and push out any extra epoxy. We then trim, shape, and finish using a band saw.

After all of that, I break for a quick bowl of udon noodles with chief creative officer Greg Dacyshyn, who oozes snowboarding culture, before adding the final touches. First is a stop at the Infinite Ride machine, which pre-breaks-in boards, giving them the feel of having already been ridden. Next we clean up the sidewall, bevel, and the top and base in “wet grind,” which makes sure everything is smooth and perfect. (Sometimes this can involve up to four different belts and it can go through this process 20 times.) Lastly, we lacquer, wax, and clean!

By the time all is said and done, the whole process has taken two days, and I feel so entirely immersed that I never want to leave.