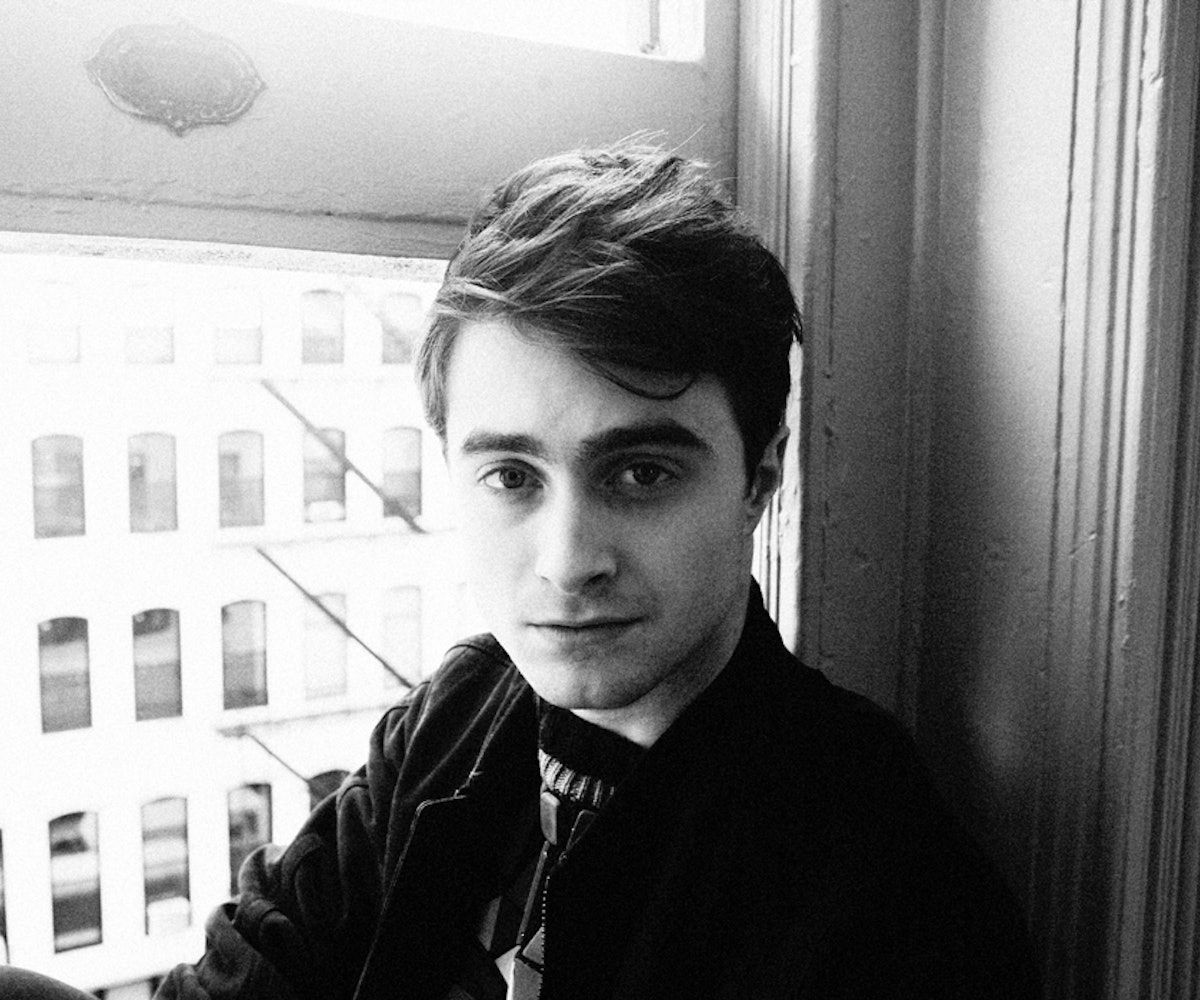 It might be Wednesday, but don't worry--your week is about to become way more magical, thanks to Daniel Radcliffe. The former Harry Potter star turns 25 today, and needless to say, he's come a long way since his breakout role (at age 12, natch!) in the first installment of the blockbuster series.

He's been proving his acting chops in a major way in theater performances like The Cripple of Inishmaan, and, with no fewer than five films on the horizon, this is a guy who's left his lightning bolt-shaped scar far behind him. So while you wait to catch him in his upcoming flicks What If and Horns  (coming soon to a theater near you!), check out outtakes from Daniel Radcliffe's 2012 NYLON photoshoot here.