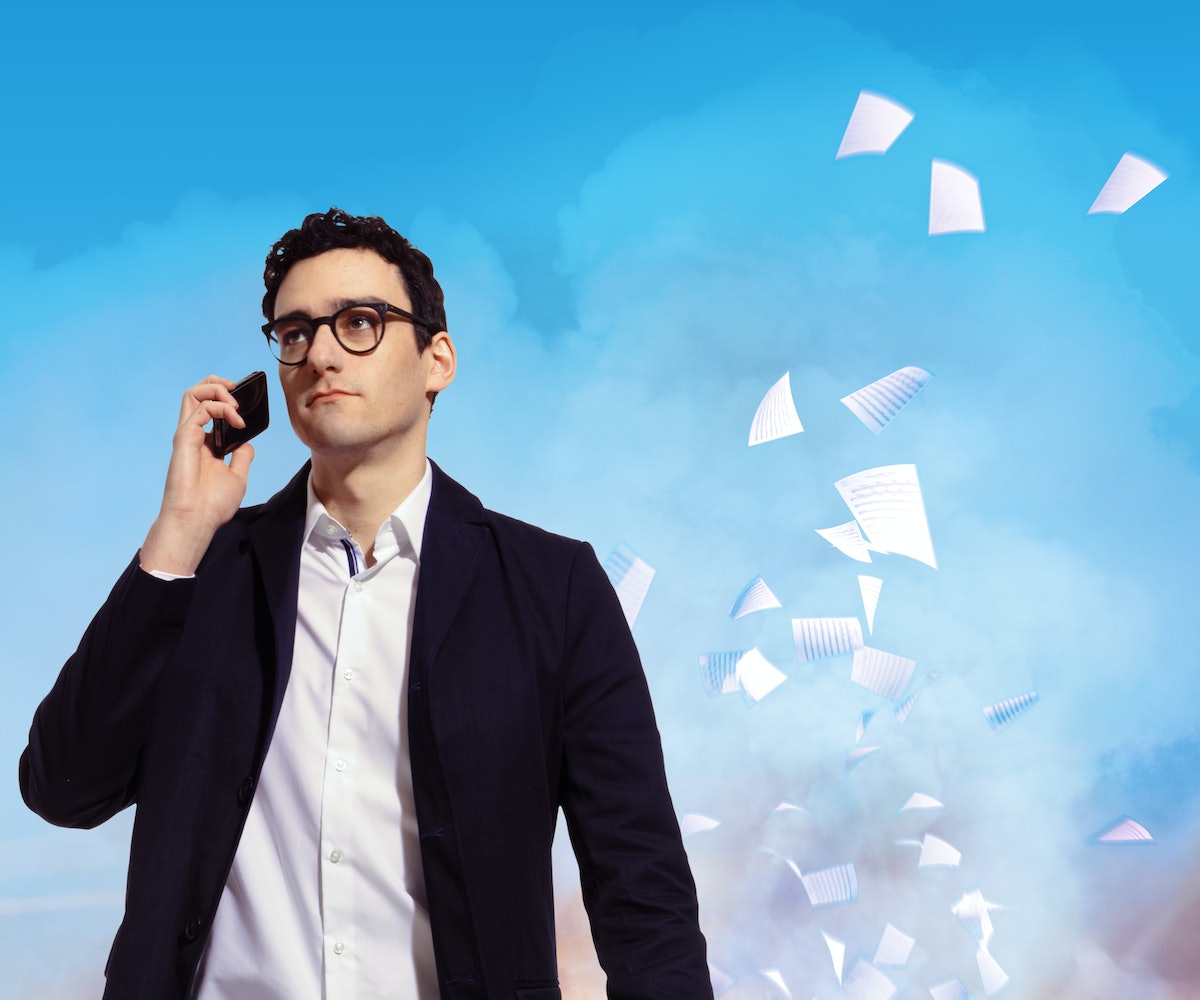 The following feature appears in the June/July issue of NYLON. Every year we scour the music scene to round up the best rising acts for our annual music issue. This time around, Charli XCX guest-edited the feature, hand-picking a crop of new musicians to be interviewed by veterans in the game who have been there and done that.

It’s always refreshing to come across an artist with a serious respect for his craft, and this producer is no exception: he’s got a background in classical music and jazz, and, as part of London’s experimental label PC Music, he’s helping to turn the entire pop genre on its head.

Carly Rae Jepsen: As a producer, are you really organized with your music files?

Danny L Harle: No, and I think that’s why I like clarity. It’s also why I like baroque music: It paints a perfect image of the world, in a sense. It’s not reflecting the world, it’s portraying a fantasy world where everything’s organized and everything’s perfectly in place.

At what point when you were a kid did you think, “I’m a little bit strange”?

The thing that made me truly strange was the fact that I didn’t think I was strange at all when I was young. I didn’t really go out to parties very much, I was mainly making music and funny videos to amuse myself, and that was very much born out of listening to music and thinking about it in my bedroom.

[PC Music] is sort of homegrown in that respect. The social element of it is always challenging because with music like this, most people listen to it on their own in their bedrooms, so it can be a challenge to translate that to a live performance. But then we realized after talking to the fans that they all feel the same—they have very personal attitudes toward music, and we’ve brought lots of people together that are misfits. It’s always fun to see Reddit groups of fans who are from all over the world and want to meet up just so they can talk and hang out before the show.

That’s such a cool thing to be offering to the world. Who knows how many boyfriends and girlfriends—or couples—you’ve brought together from that.

I think we’ve actually broken up a few, as well, with people saying, “I love this music,” and then the other person’s saying, “What are you talking about? This isn’t music.”

Do you like making people have such an extreme reaction one way or the other?

I like extreme reactions, so yeah. I know you shouldn’t feed the trolls, but if I see someone laying into the music I’ll often contribute, like, “Whatever happened to real music? This is total crap.” And then sometimes they don’t know that it’s me so they just start talking to me and want to be friends. What would you call that? Reverse trolling?

Siding with the enemy, maybe? [Laughs] If your closest friends and family were to describe you in three words, what do you think they would say?

I can’t really think of a way to describe it in three words, but they’d say that I like seeing expressions of emotion even though I’m not very expressive in my day-to-day life. I like creating evocative, emotional objects—I don’t see it as me feeling an emotion that is being sent through the song to another person, I’m creating a musical sculpture that we can all sit back and look at.

That’s so interesting to me because music is hand in hand with how I connect to my emotions. What song would you say has affected you the greatest?

Philip Glass’s five-hour opera, Einstein on the Beach. Specifically the last act—it’s called “Knee 5.” I literally have never listened to that piece of music and not cried.

Danny, I think we’re breaking through to your emotions here. What does it do to you?

It’s one chord sequence with really simple arpeggios going over it, with these two stories being told simultaneously and people singing the numbers over the music. It must be some weird mathematical code for emotion-forming.

You recently experienced songwriting sessions in Los Angeles. Would you recommend it to young writers?

Well, it’s very necessary to know who you are, to quote Moana. I’ve realized I was turning the sessions into “Danny sessions,” not understanding that that’s not necessarily the idea of an L.A. writing session; the idea is to make a general song that an artist can listen to and then make their own. Too much identity at the beginning stage is actually a bad thing, because the artist will listen to it, then the production will change around their identity. So just creating a malleable, blank canvas—that I find quite challenging about the L.A. writing scene. But now I understand the purpose of the sessions: I could write a song to pitch to an artist or for my own project. It really makes music feel like an actual industry, and I don’t mean in terms of a label sense, but just seeing people walk in and out of studios.

It becomes more corporate rather than artistic, doesn’t it?

I mean, I do like the machine-like quality of making music as well, like the Max Martin studios, or [songwriting and production trio] Stock Aitken Waterman—these “factories” where they have these weird formulas that they’ve invented themselves, and everyone loves the music. It’s quite extraordinary.

If the world was ending but you had time to do or experience two more things—one as Danny the person and one as Danny L Harle the artist—what would they be?

Win the Eurovision Song Contest for the U.K. It’s a yearly competition between all of the countries in the E.U.—and some that aren’t, thankfully, because of Brexit, and also Australia is in it for some reason—and they all contribute a song. It’s got a very long history, but the U.K. has not won for a very long time, so that’s now a big thing for me.

And I would really like to open up an animal sanctuary with my girlfriend because we’re big fans of animals.