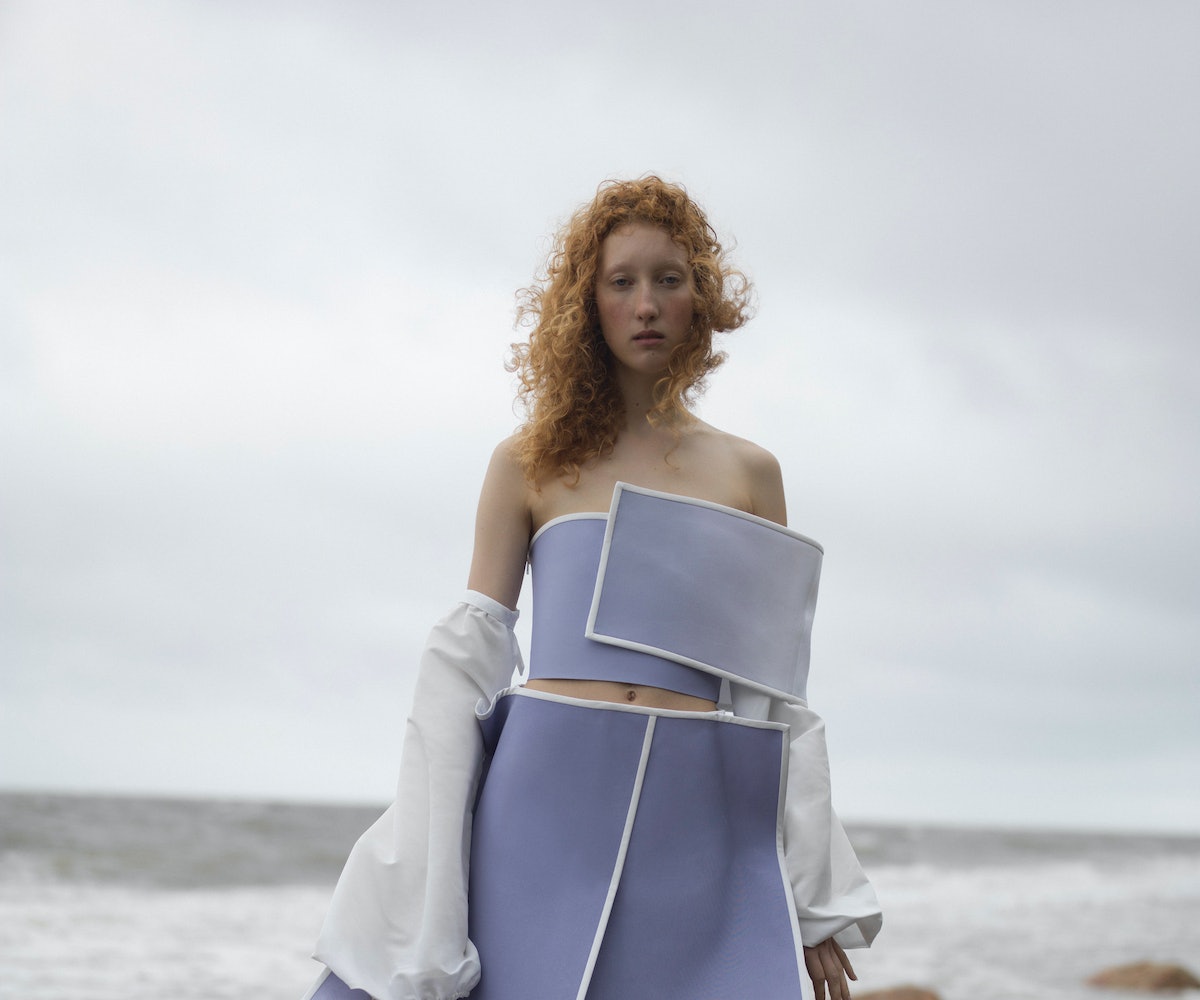 Her spring ‘17 collection, “Her Name Is Dada,” takes a cue from the early 20th-century movement pioneered by Marcel Duchamp. Li was inspired by the spirit of Dada, which she says embodies “the artistic process that goes against the norm.”

Here, get to know everything about Li, from her favorite fabrics to her snack of choice.

Women who are not afraid to take risks, and who have an optimistic and playful attitude toward life

I have an adorable pit bull mix named Luna. I adopted her last year just before fashion week—still not sure if that was good or bad timing!

Since high school, I’ve always been more of a magazine girl.

Favorite film of all time

Paolo Sorrentino’s The Consequences of Love