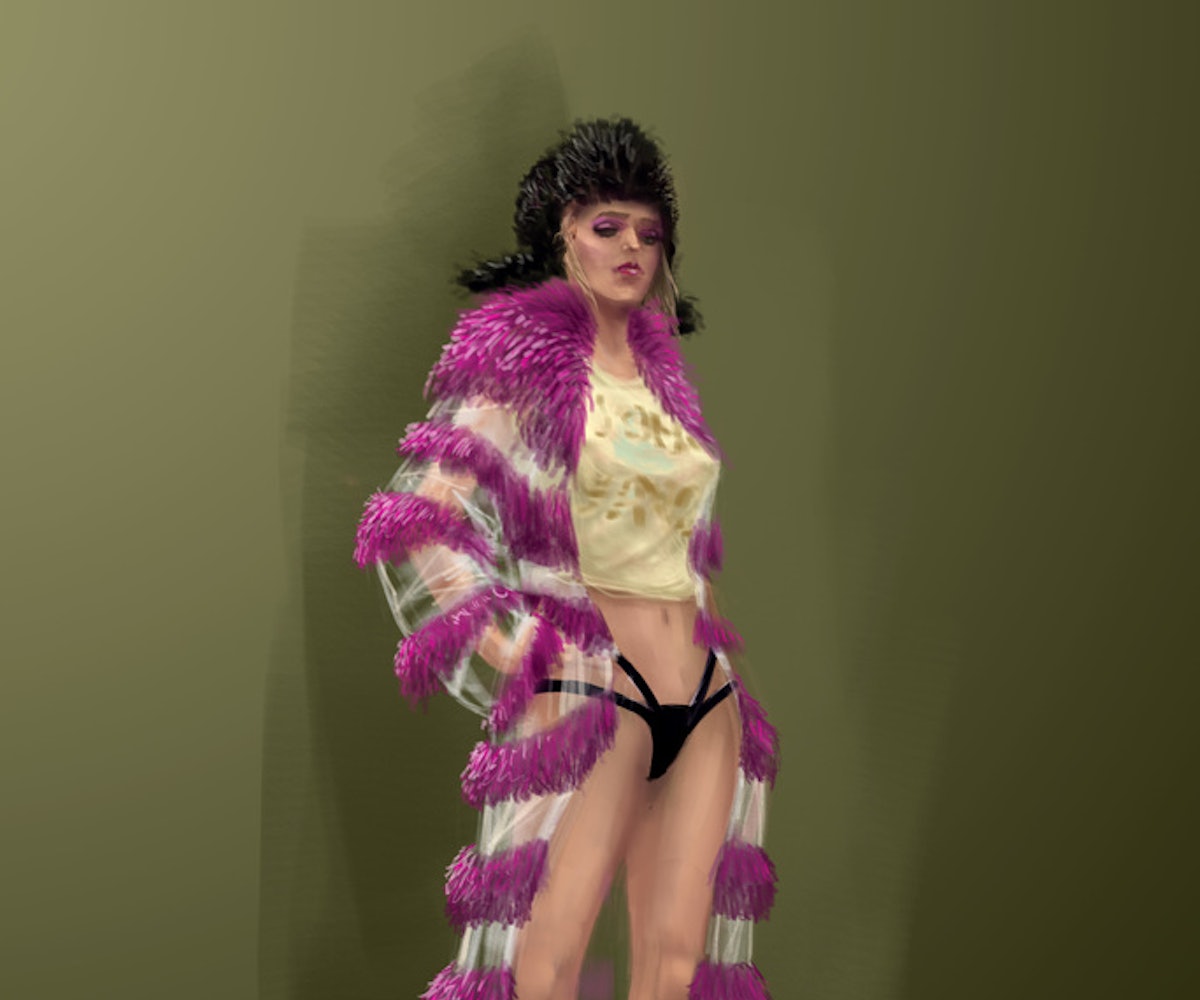 Possessing the effect of being sun-bleached and salt-stained, as if weathered by post-apocalyptic elements, the clothes of Paris-based high fashion designer have always been reminders of the end of the world—and what we'll be wearing after it happens.

“Don’t tell Rick Owens,” says Renée April, the lead costume designer for Blade Runner 2049, when I mention the observation. “But I totally agree. That’s Rick Owens’s voice. It’s a reflection of where we are.” Owens, then, was a reference for April’s costumes in the sequel to Ridley Scott’s 1982 future-noir classic, which takes place in what she calls a “deeply dystopian” Los Angeles. “This designer is bleak, harsh,” she says. “I was drawn to it.”

Peril freezes progress in Blade Runner 2049, as it does in real life. The clothes April created reflected this reality. “It’s 30 years later, but not much has happened on Earth, so it’s almost in the same plane. It’s not a spectacular evolution,” she says. What we see is familiar. It’s Rick Owens, Hot Topic, cyberpunk, and Miu Miu, all riffing on anime themes. On actor Mackenzie Davis’s unnamed character, it’s ‘90s club kid meets Daryl Hannah in the original Blade Runner. “I did something weird where she’s wearing transparent plastic, but also fur,” April says. “It doesn’t really make sense.”

But that’s all she can say. Blade Runner 2049 is one of the most anticipated movies of the year, and its cast and crew—April included—are sworn to secrecy before the film’s release on October 6. One thing April can tell us is that working on this film was more than a dream come true. “I remember seeing the original Blade Runner in theaters,” April says. “And I thought, ‘I’ll never be able to do something like that.’ Blade Runner was in my top five movies, visually and for the story. It’s brilliant. So when Denis asked me to do it, my first reaction was, ‘Never. I can’t touch it.’ But for Denis, I had to.”

April’s Owens-inspired direction is evident in the big buckled parkas and tight, side-zip cocooning moto-jackets that outfit extras in the film. It’s also evident on Officer K, the film’s protagonist, played by Ryan Gosling, who wears the same coat throughout the entire film (April had to manufacture 50 identical coats to meet this demand).

Like the coat Harrison Ford’s Rick Deckard wore in the 1982 original, Officer K’s is trench-like, an homage to the noir detectives that came before him, and army green, a nod to mod, hippie, and punk rock’s appropriation of army surplus, counterculture, and outlaws. What’s new, beyond the Owensian cut, is fur. Officer K’s 2049 coat is bulkier, and lined with short matted fur. “Everything is colder,” April explains.

“You know how in the original Blade Runner it’s always raining?” she points out. April says that 2049 director Denis Villeneuve, a fellow Quebecois (whom she’s worked with before on Enemy, Sicario, and last year’s sci-fi hit Arrival), told her, “[In the new film] it’s like that, but worse. The Earth is dying. It’s bleak. There’s even snow at times. The air is absolutely toxic in parts, everybody wears a mask. Imagine, if you had money, you wouldn’t be living here. The wealthy people don’t stay on Earth.”