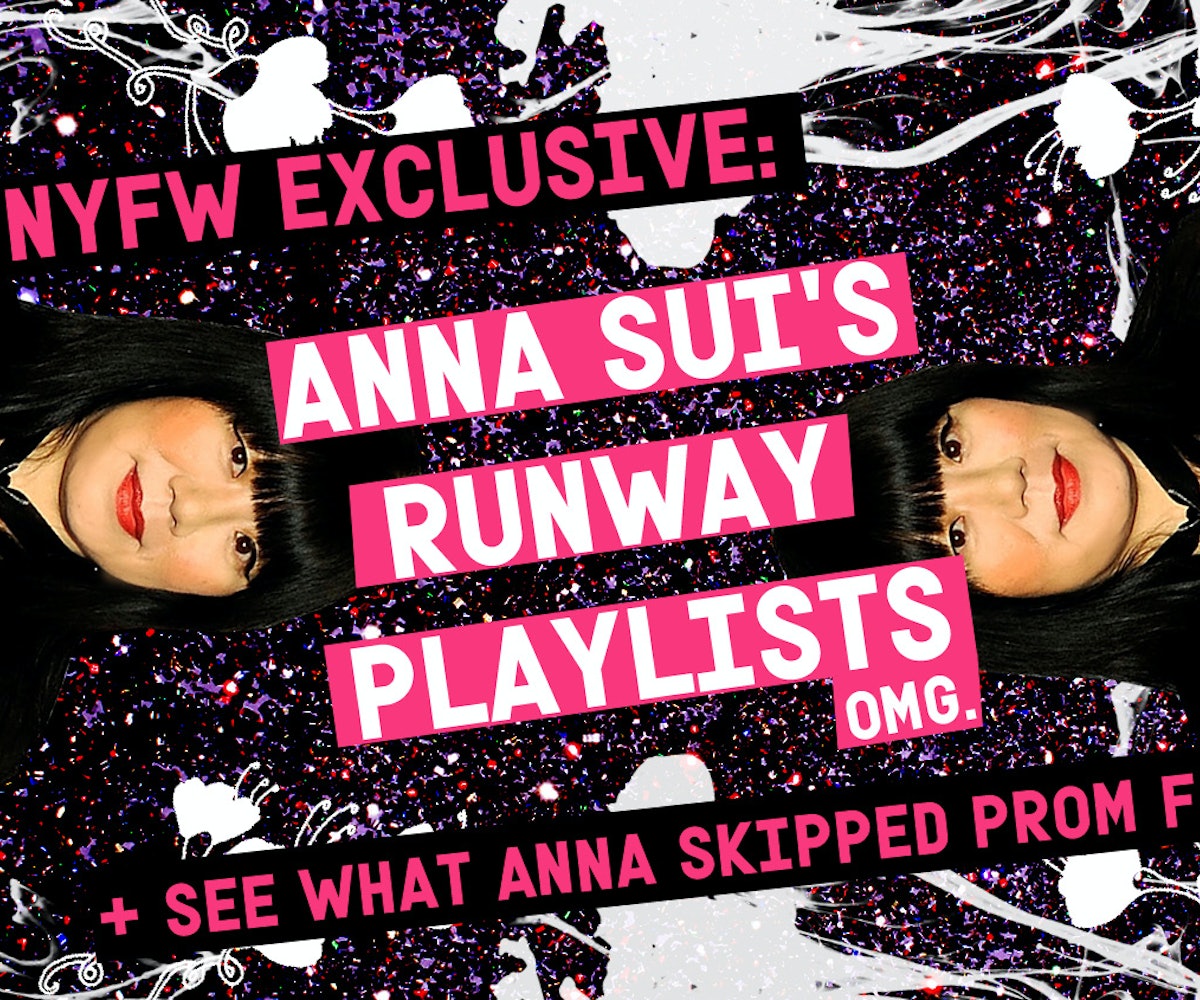 Last year was my first Fashion Week at NYLON. With all of our editors scrambling to go to the amazing shows, unreal parties, and seriously cool presentations, they needed a little help. So, I had the chance to attend Anna Sui's fall/winter '14 Ready-To-Wear runway show. I left completely in awe. From the red fur coat and tassled necklaces, to the the sleek bobs and vintage-inspired prints, Sui's world of prohibition-meets-'60s-psychedlia was one I want wanted--OK, needed--to live in. And like most runway shows, the entire feeling you get by watching your favorite models strut down the catwalk in the most unbelievable pieces is completed by an ultimate soundtrack. At Sui's show, I found myself hitting "Shazam" between each look that waltzed down the runway. If only I could have a section of own my record collection dedicated solely to Sui's playlists! I thought.

Lucky for you, we've got our hands exclusively on Anna Sui's runway show music catalogue from five seasons of Sui plus quotes from the designer herself about why she loves each track this year!!! Featuring Temples, Warpaint, The Beatles, Jean-Luc Goddard, and Jagwar Ma, these runway soundtracks take a fashion designer's love for the sounds of yesteryear, and mixes them with magic. Take a listen!

"I love the dreamy quality of the song." - Anna Sui

3. "Feels Like We Only Go Backwards" - Tame Impala (press play)

7. "Cross Eyed Mary" - Jethro Tull (press play)"Haunting flute! I saw them instead of going to my senior prom!" - Anna Sui

8. "Colours to Life" - Temples (press play)"Love this band and their videos. The guys really look the part!" - Anna Sui

"Love this in the film, “Velvet Goldmine”… it captures the excitement and the thrill at the moment of discovery!" - Anna Sui