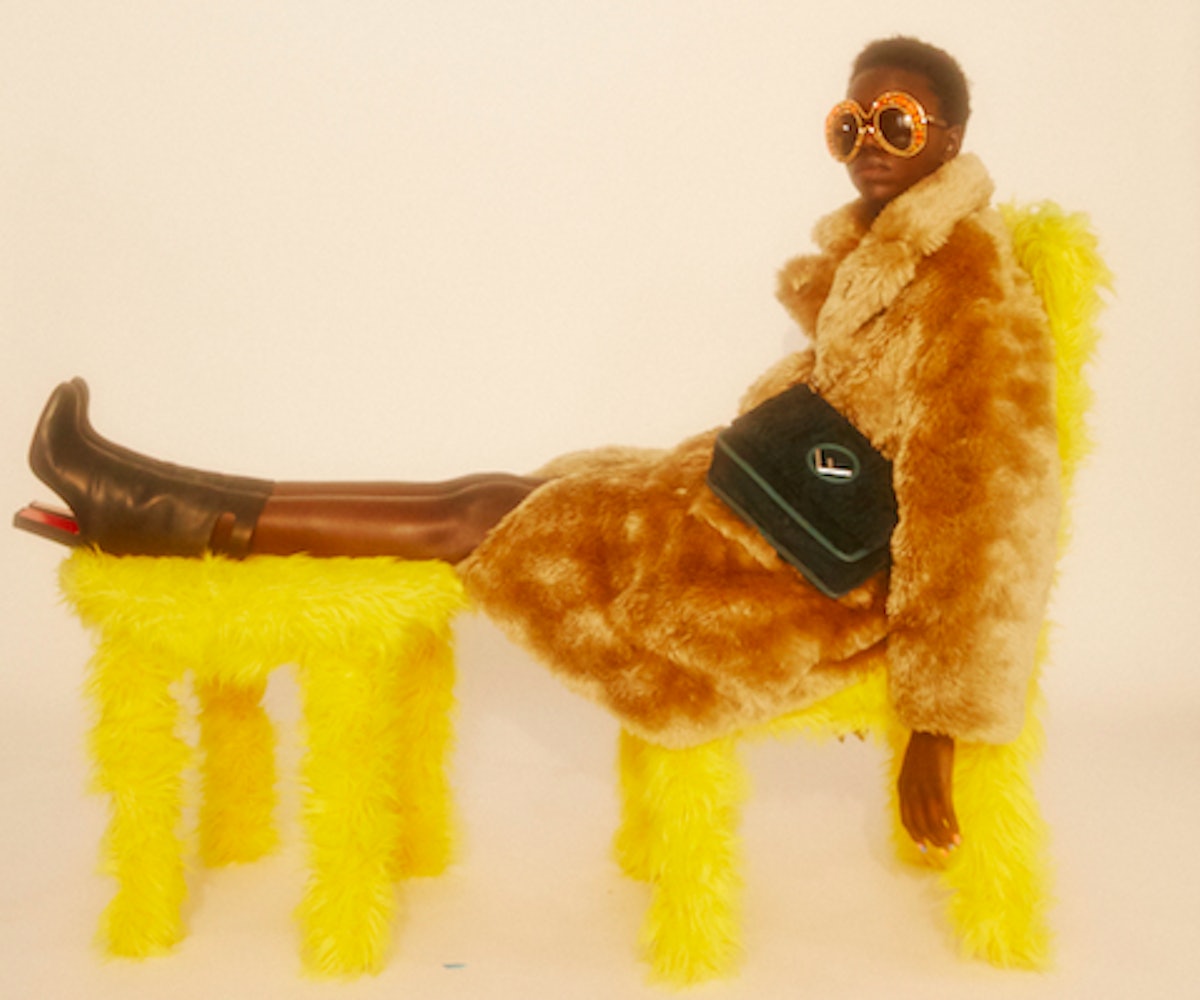 The end of October marks the unofficial start of the fall season―and what better way to usher in a cool new wardrobe than with something warm and fuzzy? Below, you'll find some of the comfiest and shaggiest jackets and accessories to sport as the temperature begins to dwindle. Get inspired now, thank us later.

All clothing and accessories by Prada.

Coat by Fendi, top and pants by Normal Kamali, shoes by Coach 1941, hat by Miu Miu.

All clothing by Dion Lee, bag by Prada, scarf by Simone Rocha.