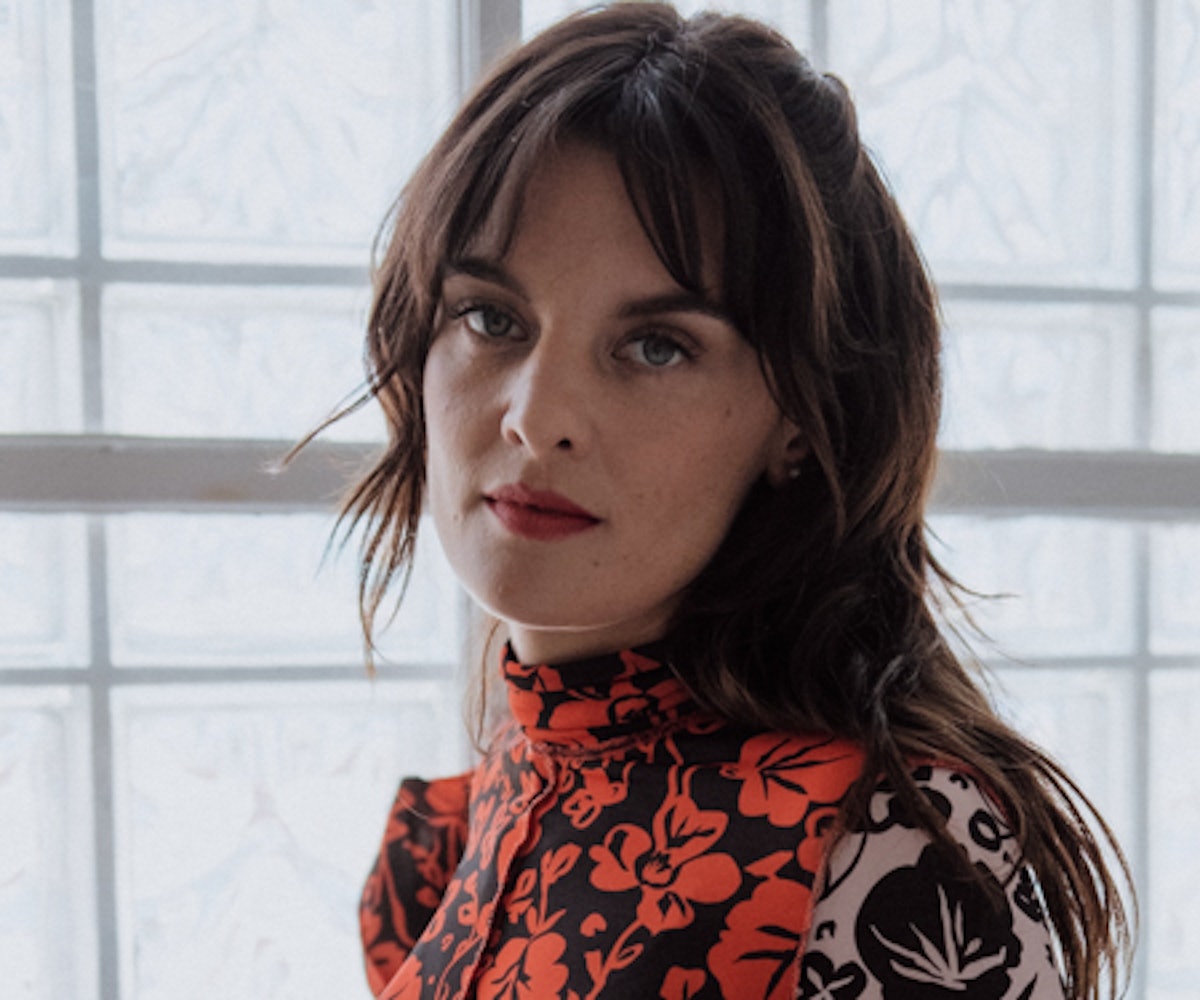 Frankie Shaw is concerned that she’s being too serious. “I want to tell you more fun stuff,” she says, interrupting her explanation of the inspirations behind her forthcoming semi-autobiographical Showtime series, SMILF, which she wrote, directed, and stars in, about the trials of being a twenty-something single mom, and her 2016 short, Too Legit, in which a woman named Sully (Zoë Kravitz) finds out she’s become pregnant after a rape. The trouble is that the subjects Shaw focuses on are really serious. Her genius is that she turns them into comedic gold. “I feel comfortable making stuff, but I don’t like to express it as myself—I like to let the work talk for me,” she says.

Sitting on the sofa of her Hollywood office at Sunset Gower Studios, her hair tossed in a topknot, Shaw, 35, looks every bit the part of Bridgette Bird, SMILF’s alarmingly pretty basketball enthusiast who has no problem drawing the attention of men, but struggles to keep it once they discover she’s a mom. It’s nearly six o’clock on a summer night and Shaw and her team of writers show no signs of leaving soon. Even on three hours of sleep, her conversation darts between the kind of laugh- out-loud personal anecdotes that have found their way into her work and the harrowing history of the mistreatment of women that has made her certain these stories deserve to be told.

For example, Shaw, a Brookline, Massachusetts-raised Barnard grad, ended a two-year sexual dry spell after the birth of her son, Isaac (now 9), while he slept on a small bed on the floor in the same room. That’s in the show. So is the time she had to bring her son to a Breaking Bad audition. “I’m really interested in how as a culture we don’t support mothers,” she says. “It’s sort of this hypocrisy that motherhood is as American as apple pie kind of thing, and yet you really cannot be in this country and be a participant in the workforce [if you are] a primary caregiver.”

Instead of dwelling on the hair-pulling state of inequality in the world, she takes a wide-eyed and grinning dive into a story about the time she and Isaac rented a room from a family, who, along with owning a litany of animals including a baby goat, wouldn’t allow their tenants into any part of the house, “except the kitchen to make a meal quickly,” she says, laughing in disbelief. Within months of moving in, she and Isaac hightailed it to a friend’s place. “We moved every three months for two years. Normally you have your shit together by the time you have a kid. Being a single mom when Isaac was so small was so hard, but there were so many victories, too.”

Serious or not, Shaw makes hardships genuinely fun to talk about. She makes the personal universal and the universal personal, all while drawing necessary attention to oft-ignored subjects. Too Legit, which she wrote and directed, follows Sully the morning after she’s been raped. The woke comedy unfolds with misogynistic absurdism—the funniest lines from the film are also the most enraging because they, too, are lifted from real life. “When the body is legitimately raped, the cells have a way to detect evil sperm from the love sperm, and generally the body will shut the whole thing down,” says Sully’s doctor, repeating the theory put forth by former Missouri congressman Todd Akin to support his anti-abortion stance. When asked how loudly she said “No” to her rapist, Sully replies, “I didn’t want to cause a scene,” an echo of the 15-year-old New Hampshire student who, in a courtroom cross-examination, said she allowed her rapist to take off her shirt because, “I didn’t want to be offensive.” “We operate in sort of a level of being numb to certain things,” says Shaw. “That short specifically was about, ‘What if we actually say the stuff that we’ve now sort of just accepted?’”

Shaw was not born a confident torchbearer of women’s rights. In fact, she says, “It’s not lost on me that this couldn’t have happened 10 years ago.” She shouts out women who paved the way for her, including Transparent executive producer Jill Soloway and Twilight director Catherine Hardwicke—both early supporters of her work. So, too, Shaw admits that 10 years ago she didn’t even know that she was capable of writing, let alone running her own show. It took years on set as an actress with the likes of the Duplass brothers on The Freebie and Sam Esmail on Mr. Robot to help her recognize her own point of view. And, necessity being the mother of invention, she reached a breaking point in the single-mom struggle. “I was sick of auditioning and being so broke,” she says.

It was her then-boyfriend and now-husband, writer Zach Strauss, who suggested she put proverbial pen to paper. And after taking home her first steady network paycheck for ABC’s Mixology in 2014, she suddenly had the means to actually shoot what would become the first version of SMILF, a short that premiered at Sundance a year later and took home the Jury Prize. “I just did it,” she says. “And then after doing it, I was like, ‘Oh, I can.’” Now she finds directing and running her own show surprisingly “instinctual,” and “the most fulfilling thing,” made all the more so by getting to leave a long day of work to kick up her feet with Isaac in the home that they have no plans on leaving anytime soon.

NEXT UP
Beauty
“Cold Girl” Beauty Is TikTok’s Most Baffling Winter Trend
Culture
Mowalola Teams Up With Bratz For A Daring, High Fashion Collection
Culture
In Cann’s Holiday Campaign, The Greatest Gift Is Being Chill
The Art Issue 2022
What It’s Like To Be A Tattoo Artist To The Stars