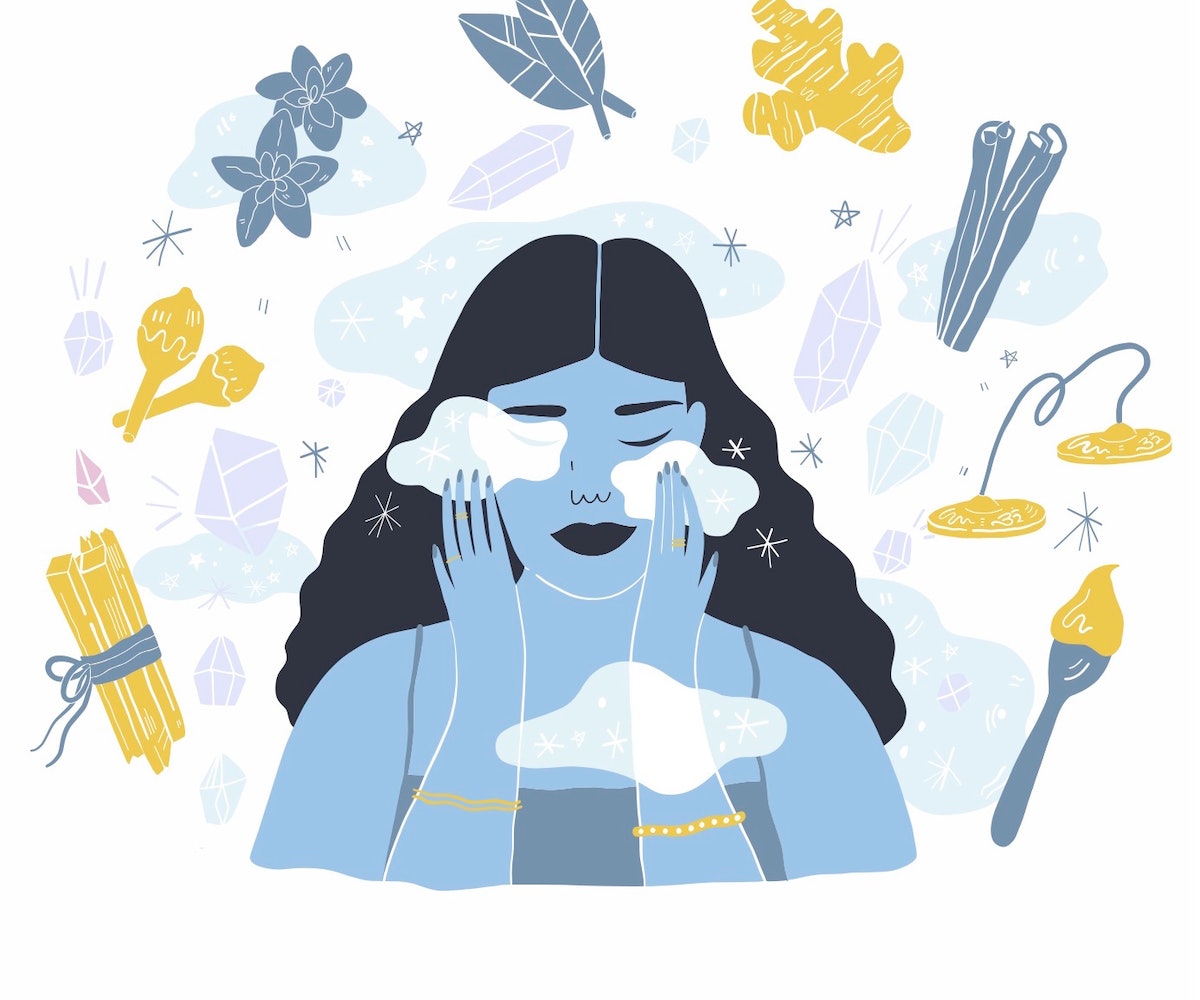 I’ve had hundreds of facials in my life. Yes, hundreds. I’ve had my skin slapped, poked, extracted, squeezed, peeled, scrubbed, and vacuumed by some of the most renowned facialists in the world—some leaving my skin looking fabulous, and others, a complete fucking disaster. But one could argue that leaving a facial appointment can be a little depressing—especially after the wave of realization rushes in that you’ve just spent the past 90 minutes listening to a weird mix of whale noises and harps before being aggressively woken up, and then exiting with gunk left over in your eyebrows and nostrils. (Is anyone else relating to this?!) What I mean is: When you really step back and think about it, was it even that relaxing? I think not.

Lucky for me, however, I recently discovered Dayle Breault, better known as the Goddess of Skin (a nickname bestowed upon her by a client), an exalted being in the beauty world whose personality floats somewhere between hippie art-school teacher and eccentric aunt who practices witchcraft in the kitchen—no doubt thanks to her otherworldly aura. Her flawless-skinned It Girl clientele includes the likes of Cara Delevingne, Zoë Kravitz, Suki Waterhouse, and Juno Temple—and after my first session with her, I know exactly why they keep coming back: It’s not just a facial—it’s a complete mind, body, and soul transformation that just so happens to leave you with glowy skin afterward.

Let me explain: Breault (a Reiki master) started my facial by cleansing my entire body with a wand of selenite before placing one shungite and one steatite in each of my hands to act as harmonizers, like yin and yang. If I didn’t already have my own crystal altar setup at home, I would probably think this was strange—but obviously, I was down. While I didn’t try her signature Crystal Energy Healing Facial treatment—a process in which she places rubies, sapphires, and emeralds on your face (so you can channel your inner Spencer Pratt—jk!) while performing a meridian massage to release tension and energy and lift the face—mine did start off with lymphatic drainage and sage burning.

Extractions, microdermabrasion, a HydraFacial machine, and an LED light treatment followed shortly after, as Breault rang Tibetan singing bowls around me and soft chanting played over the speakers. At one point, my arms felt like they were vibrating from holding the shungite and steatite as I fell into a deep, dazy meditation. She then started her legendary three-part Epicuren mask (of which two of the ingredients smell exactly like Big Red gum and peanut butter, don’t ask)—that left my face feeling like it had ascended to another dimension. When I snapped out of my state of Zen, my skin felt like it had been cleared not only of clogged pores, but also bad energy. It was unlike any facial experience I’ve had in my life, and has completely inducted me into the world of holistic facials.

Breault is bicoastal to accommodate both her East and West Coast clients, but if you’re not able to see the Goddess yourself, I have some good news: She has her own eponymous line of products—which consists of cult favorites like the Synergy Mist, Bonafide Scrub, and Profound Cleanser—all available online for those who want to treat themselves to a spiritually awakening skin-care treatment at home. So spark up your palo santo, rearrange your crystal grids, pray to your high priestesses, and, for goddesses’ sake, make a facial appointment with this real-life angel to experience the magic for yourself.

If you want to learn more, visit GoddessofSkin.com