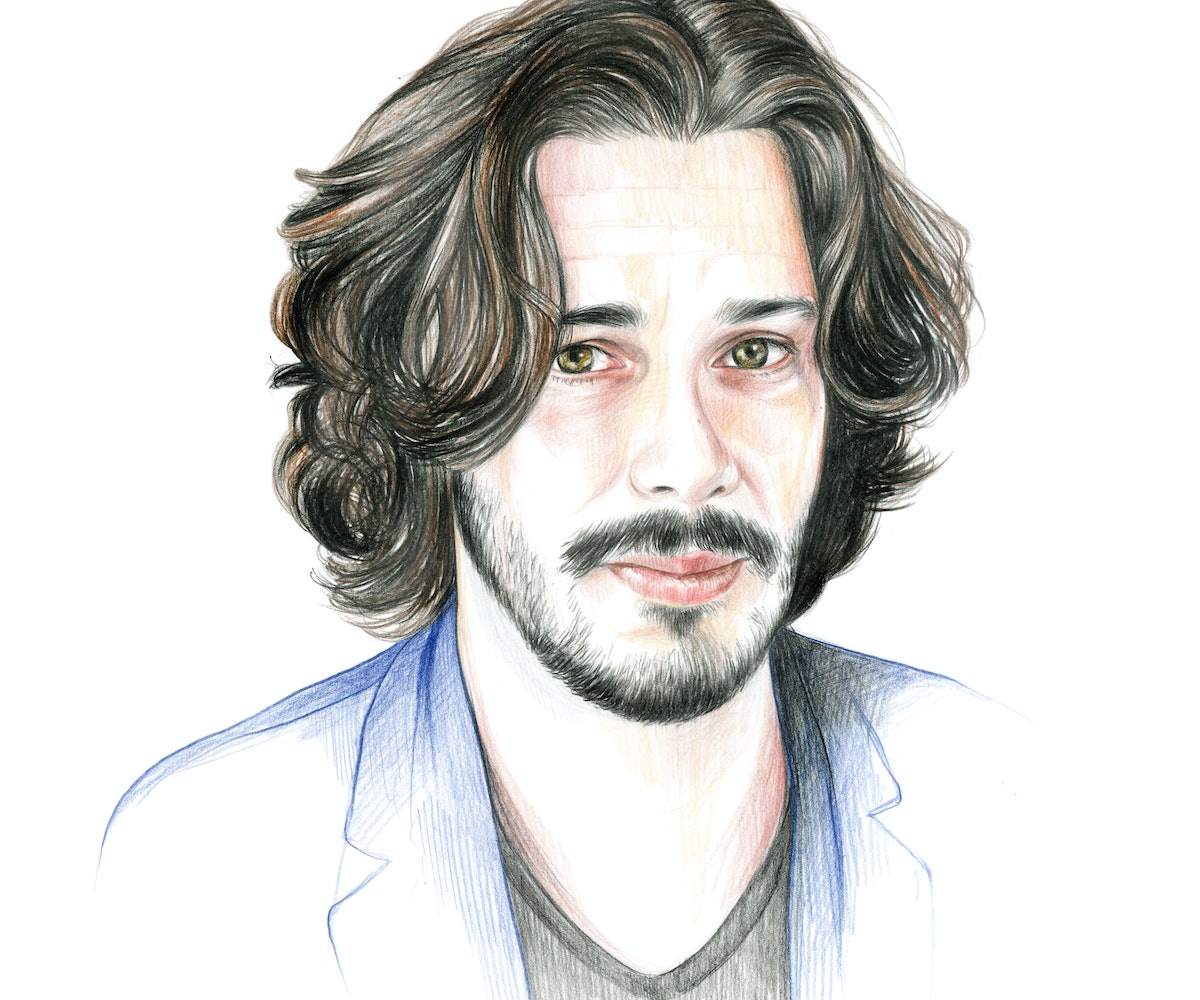 It’s taken director Edgar Wright a mere four films to claim the throne of genre king. He reanimated the zombie flick with Shaun of the Dead, spoofed buddy-cop movies with Hot Fuzz, branched out into adaptation with his vibrant take on the graphic novel Scott Pilgrim vs. the World, and then sent up the alien invasion movie with The World’s End. Each film hums with Wright’s unmistakable creative energy, both bracingly original and sourced from cinema’s neat-o detritus. Lucky number five is Baby Driver, a ludicrously fun cars-and-guns thriller starring NYLON Guys cover star Ansel Elgort as Baby, a getaway artist who soundtracks every heist (and the film itself) with an eclectic array of pop classics. We spoke to Wright about his magpie approach to music, why he set the film in Atlanta, and his go-to driving tune.

How would you classify Baby Driver?

It’s slightly uncategorizable, isn’t it? I always wanted to do something driven by music, that’s an idea I had in some form for 20 years. Working through my other films kind of gave me the confidence to figure out what this film was and to try to operate on both levels, because it’s an action film and a quasi-musical.

What was your process like, having to shoot in time with music?

All of the songs were cleared before we started shooting—they’re written into the screenplay. Then we choreographed the major sequences with Ryan Heffington, a great choreographer who did Sia’s “Chandelier” music video. On set, we used every different variation of playback. Sometimes only Ansel would hear the music, sometimes the other actors would hear it via earpieces, sometimes we’d play it out loud. And sometimes, we’d do timed counts without the music, because the gunfire would’ve drowned it out for the actors.

Both you and Baby show an affinity for collecting lost bits of pop culture from the past. Was that a conscious link?

I’ve been a music fan in that way since I was a kid, always making lists. I like this idea of kids today listening to music with no context. It’s like, a lot of music listeners today love ELO, but when I was growing up, ELO was seen as a square band because of their look. And as you get older, all of that stuff fades away, and only the songs are important. You wonder why a 21-year-old kid like Baby is listening to all this old music, and I tried to show that he’d gotten all these different iPods from cars he’d stolen, so it was like he had made a library out of other people’s record collections.

The presence of Atlanta as a setting is felt pretty strongly in the film. Why did you set the movie there?

The thing with Atlanta is that Georgia recently became one of those states with big tax breaks. I had originally written Baby Driver for Los Angeles, but when Atlanta came up as an option, the first thing I did was go to the location for a long weekend. I talked to our location manager and said, “I want to see all the places people don’t shoot in.” After that, I rewrote the script with the help of some friends of mine who are Atlanta-based writers. And it eventually became a superior location to Los Angeles. L.A. is a city of Priuses, and Atlanta is a city of muscle cars. Everywhere you go, it’s Challenger, Charger, Camaro. It’s a big music city, too. Atlanta went from being a budget-necessity thing to something that gave the movie more character.

Do you consider Baby Driver to be a moralistic film?

I do, actually. Normally in a Hollywood movie, if you’ve got criminal heroes, like in the Fast and Furious movies, they’re still the good-guy criminals against the bad-guy criminals. Ansel’s character is in a nest of vipers, but you know at heart he’s a good kid. So the question then becomes whether you can be in crime without being a criminal. And the answer, of course, is no. He tries to blinker himself to the downside of what’s happening, thinking he just drives the car. I thought it could be interesting to make an action movie for the Grand Theft Auto generation, where the opening is the dream of being in a high-speed chase, and then the reality of your decisions starts to creep in.

NEXT UP
Fashion
Jimmy Choo’s Collab With Timberland Gives The Classic Boot A Glam Makeover
Culture
Not One, But Two BTS Documentaries Are Coming
Fashion
Reformation & Canada Goose Team Up To Warm You Up
Life
NYLON Daily Newsletter: November 29, 2922