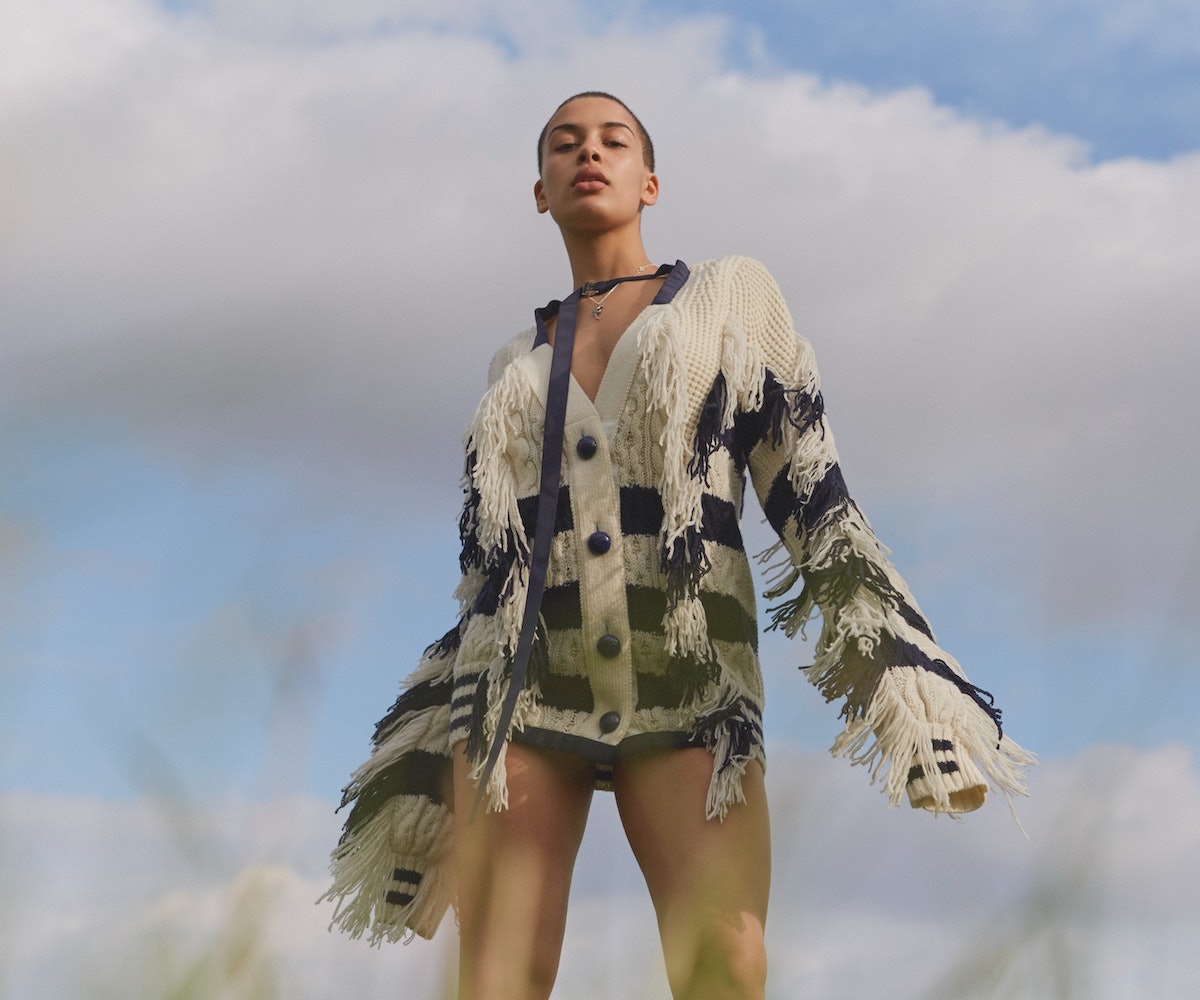 “I’m such a wuss sometimes,” Jorja Smith concedes, seated in a makeup chair for her NYLON shoot at London’s Loft Studios. “I was listening to ‘Carry Me Home’ the other day and I got goose bumps. It’s so jokes that I get goose bumps,” she says with a laugh.

It is rather funny that she isn’t accustomed to hearing her own songs, given that the slow-burning track off her debut EP, Project 11, and the string of singles that helped propel her to BBC’s coveted Sound of 2017 list have racked up millions of streams online.

Still, clad in bottle-green velvet leggings and dark sunglasses, with the hood of her jumper pulled up over her head, the rising soul singer looks every bit the superstar who has sold out shows internationally, even if she doesn’t yet feel like one.

Perhaps it’s because the 19-year-old’s career has seen some humble beginnings. “I wrote a whole Nativity play to do at church when I was eight, and no one turned up,” she recalls, noting that it was the debut of her rendition of “Silent Night.” Thankfully, with support from her parents, she persisted. “I started writing properly when I was 11. I always used to write stories but I’d never finish anything. It’d be chapter one and then I’d move on.”

There is one project in particular that she’s surely glad she managed to see through: her first single, “Blue Lights,” a haunting piano melody that borrows from Dizzee Rascal’s 2007 hit “Sirens” to provide powerful commentary on the relationship between police and teenage black boys.

“I don’t want to be too preachy,” she says. “It’s like, I’m giving my opinion, and take it for what you will.” The song caused indisputable waves, reaching everyone from Stormzy to Skrillex to, ultimately, Drake, who invited her to contribute to his More Life project released in March.

Such accolades have come with some unexpected perks, like attending Balmain’s Paris Fashion Week show. (“I’m still learning more about fashion,” she says, motioning toward the racks of designer clothes surrounding us.)

But Smith is determined to remain confident in her identity throughout it all—even if it means purging her Instagram, as she did earlier this year, to start fresh. “I didn’t not like myself, but there was something missing,” she says. “I did it randomly at 3am. But where it starts now is a good point. I feel like I’ve found myself more."