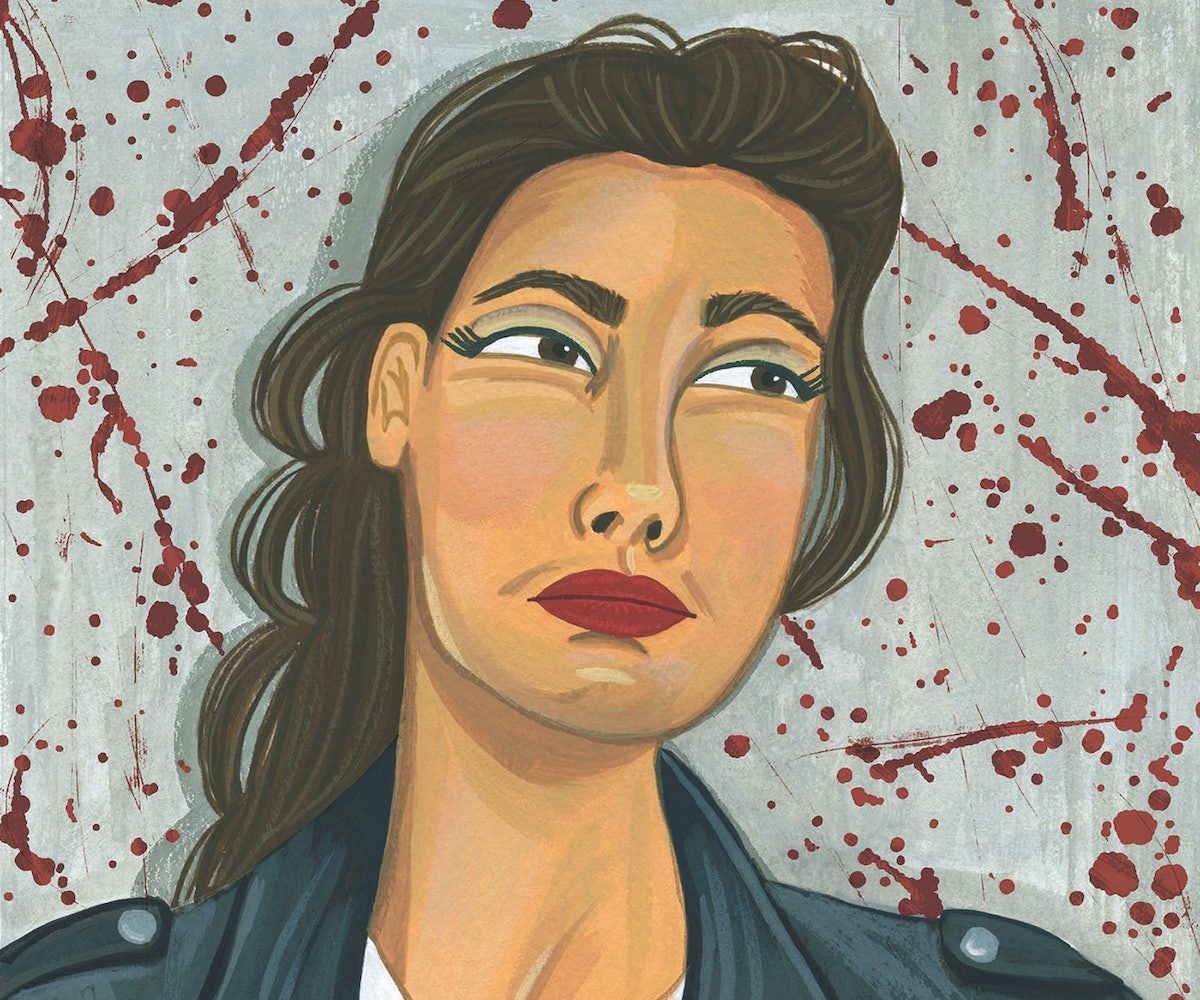 If you’re not a vegetarian already, Raw might put you off meat for life. When it screened at last September’s Toronto International Film Festival, the unflinching horror movie, with its realistic depiction of cannibalism, made several audience members pass out. The debut feature from French filmmaker Julia Ducournau follows Justine (Garance Marillier), a lifelong herbivore who develops a taste for human flesh after being forced to eat meat during a veterinary school hazing ritual. Her cannibalistic compulsions dovetail with her burgeoning sexuality, and she discovers a complex, kindred spirit in the form of her sister, Alexia (Ella Rumpf). It’s the story of a sibling rivalry with a body count, viscerally depicted with some of the most gruesome practical effects in recent memory. We spoke to Ducournau about the impetus to create this disturbing, idiosyncratic work of cinema, and why cannibalism is the perfect metaphor for a young woman’s sexual awakening.

What drew you to making a film about cannibalism?

I thought it was interesting to put the audience in the shoes of someone who would usually qualify as being a monster, and I tried to dig deep into this dark side of humanity. I think it’s important that we get in touch with it to be aware of what it means to grow up as moral beings, and to be able to tell the difference between right and wrong.

The hazing scenes are disturbing and inhumane. How do they fit into that moral framework?

For the hazing, it was very clear to me that I had to build up the empathy of Justine, because when the switch [to eating meat] happens, I wanted the audience to empathize with her and not with her victim, and to fear for her.

How would you characterize the sibling rivalry between Justine and Alexia?

Alexia is on the animal side of humanity. If she’s hungry, she’s going to do everything she can to eat, and she’s not going to question whether it’s right or wrong. Justine is not like that. At one point, she would rather hurt herself than hurt or kill another human being, which is not the case for her sister. Also, relationships between siblings are very cinematic. When you have a sister or brother, they can love each other, and then the next thing you know they can hate each other. You don’t need to explain with dialogue why they go from one extreme to the other. It’s just implied in the bond.

Justine’s discovery of her cannibalistic tendencies is closely linked with her sexual awakening. Was this a comment on depictions of female sexuality?

Obviously, in every coming-of-age movie you have the question of sexuality that is incredibly important and always there. I feel that most of the time female sexuality, especially when it’s beginning in young girls, is always portrayed as something very psychological, always surrounded with a lot of fear and shame. I wanted a more direct way to portray female sexuality that is for me extremely true: the desire to have sex. I wanted to shape something that is not shameful and not asking for any forgiveness.

The special effects of this film are so visceral. How did you manage to make them look so real?

I really like on-set special effects, because I think they’re more gritty and more organic. They have a texture that you can’t find in CGI. I don’t like only computer-generated imagery, because I think that we are very desensitized to it. There’s something about CGI blood that’s not moving. In The Shining, when the doors open and there is a flood of blood that comes out, if it had been CGI it would have been completely empty of meaning.