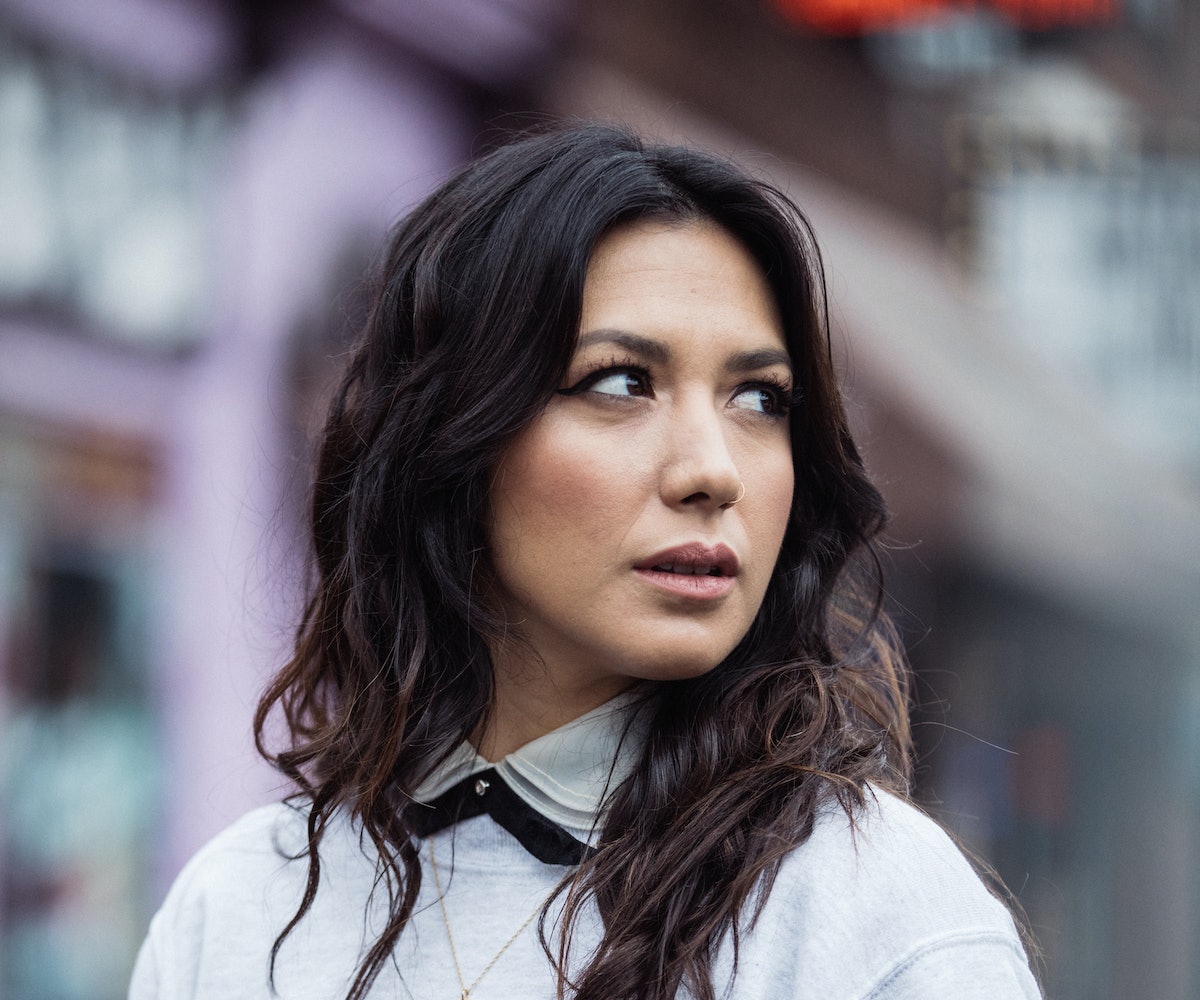 The night before Michelle Branch slides into a bar-side booth at Nashville’s Union Station Hotel to talk about Hopeless Romantic, her first solo album in 14 years, Senate Majority Leader Mitch McConnell silenced Elizabeth Warren with his now-famous phrase-gone-meme, “Nevertheless, she persisted.” These two things might not seem to have much in common, but if you talk to Branch, persisting amid nearly impossible odds—and despite some very close-minded men—has basically been her story for well over a decade.

“There were times where I was like, ‘Shit, do I need to go get a [day] job? It shouldn’t be this hard,’” says Branch, picking at a cheese plate and salad while clad in a leather motorcycle jacket and a Bob Seger shirt snagged from her boyfriend and Hopeless Romantic’s producer, Black Keys drummer Patrick Carney. “People always asked, ‘Well, where have you gone?’” she says, noting that it wasn’t that she stopped making new material after the release of her sophomore LP, 2003’s Hotel Paper. “I was just held hostage by my own record label.” After her debut, The Spirit Room, went platinum and established the then-teenager as a bankable pop star, Branch grew up: She got married (then divorced), had a child, started country duo The Wreckers, and moved to Los Angeles and fell in love with bands like Tame Impala. But her record label didn’t want the new Michelle Branch, at age 27 or 30. They wanted her at 15. “When I turned in some of the songs for this record, I was told, ‘You don’t sound like yourself. This isn’t what Michelle Branch sounds like,’” she recalls. “Well, I’m 33 now, and I’m a mom, and this is what I sound like.”

For as long as it has been since the release of her last album—when George W. Bush was president, Britney Spears kissed Madonna on the VMAs, and Cara Delevingne was a mere 10 years old—no one has quite forgotten Branch. (Even the mayor of Nashville, Megan Barry, gave her a hug and professed her fandom when they ran into each other earlier in the morning outside of a honky-tonk.) Carney certainly hadn’t, and when the two met at a Grammy party two years ago, he greeted her with that now-familiar refrain: “Where have you been?”

At the time, Branch was newly divorced and writing material that was finally about “grown-up love,” and she explained to Carney her predicament. “He’s such an underdog,” she says. “He loves all the worst sports teams that never win, and he heard my story and wanted to help. I started sending him demos and he was like, ‘Oh, I get this. I see your vision.’”

The duo started working on tracks in Los Angeles, but the seeds of Hopeless Romantic actually began before their encounter, in London, where Branch escaped not only to write but to lose herself in the city. Back home, her marriage was growing increasingly sour. “Marriage isn’t supposed to be easy, so maybe we should stick it out,” she recalls thinking, but she was miserable. She came up with “The City,” a sweeping ode to escapism, on the streets of London.

From that track, Carney pushed her to dip into the sounds and textures she loved most: assertive synths, swaths of distortion, hints of dissonance and danger. The resulting album evokes everything from Spoon to Madonna to Beach House—so much so that Branch would even use the makeshift adjective “Beach House-y” to express a breathy, ethereal vibe she wanted to create.

A few songs in, Carney and Branch took the album to her label, but the president wasn’t impressed. “They said the guitars were too aggressive,” she says, “and that they wanted something more acoustic. We just went back to the studio, like the wind had been taken out of our sails.” It stung, but this time Branch wasn’t going to be shelved: Carney offered to foot the bill to finish production, and they kept going. If she got dropped, then so be it. They’d put the LP out themselves.

“When a label executive tells an artist what they should be doing, it’s about making money,” Carney says, calling a week later while visiting a Nashville guitar shop with Branch. “That’s the story of what happened to her career. A lot of men interfered, because they wanted more hits. She made this incredible record in 2009, but the label was like, ‘Oh, this would only sell one or two million copies.’ That’s fucking insane. I’ve never seen anyone who has sold millions of albums not being able to make a record. Dudes 20 years older than me were holding her back, the same kind of guys who want to marry girls 20 years younger.”

But, of course, karma’s a bitch. That president was fired, and the powers that be at Branch’s new label, Verve, loved Hopeless Romantic. They wanted the new Michelle Branch, and so did Carney: The two started dating, and the album boasts moments when you can almost smell their love brewing, right along with shit-kicking breakup songs such as “Living a Lie.” Sure, “Everywhere” was infectious—it was Branch’s first hit and still a damn fine choice for post-martini karaoke—but the tracks on Hopeless Romantic are sing-along-worthy because they’re the story of a grown woman, not the dreams of a teenage girl.

“There were times when I didn’t want to persist,” she says, tugging at her necklace, which she designed with the jewelry company Iconery to accompany the release of Hopeless Romantic. Its two-sided charm, with a heart on one half and a skull on the other is a dichotomy that echoes loud and clear on the record. Soft and tough, grit and gold, ending and beginning. “But looking back, it seems like it was my path all along. Maybe I was supposed to be put in this position, because it forced me to grow up in certain ways, to creatively stand up for what I want. Because I know I’ll never be in that position again.” Close-minded old dudes, she’s talking to you.