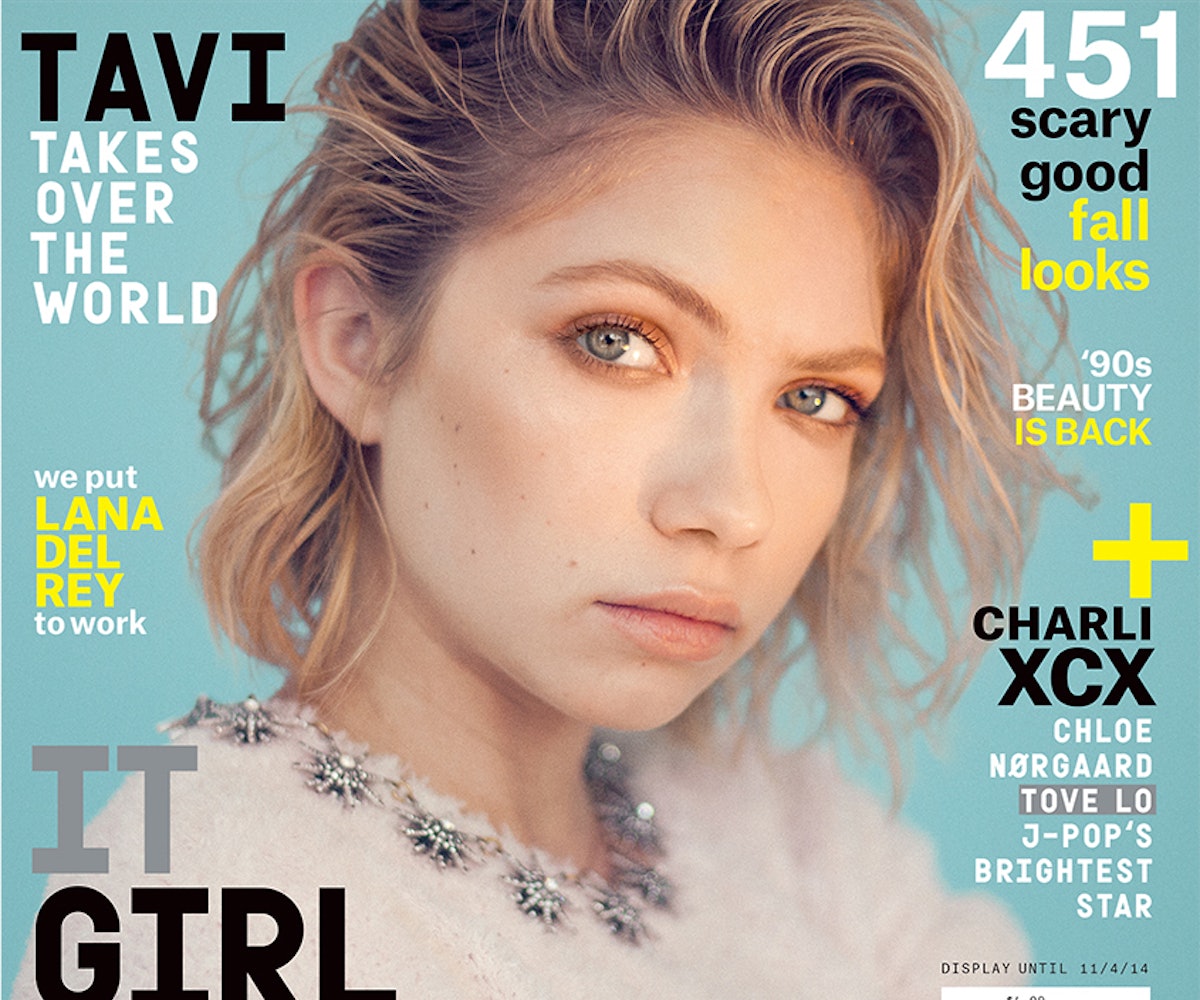 October means It-Girl month for NYLON. Each fall, we hook you up with the coolest emerging fashion designers, bloggers, models, actresses, and musicians who we think have "it" (If you want to get an official definition of what "it" actually is--by our editor-in-chief Michelle Lee--you'll have to scoop up our October issue, on newsstands this Wednesday). This year, we've chosen actress, writer, and creative Tavi Gevinson--founder and editor-in-chief of Rookie Magazine (among other awesome career titles)--to represent the army of It Girls inside the pages following her cover.

Why? Because she's definitely got "it."

In the feature--with an intro by NYLON contributor Hazel Cills--you'll find everything from original Gevinson quotes to quotes from her friends, like Michael Cera, Stevie Nicks, and Emma Watson. Just a hint: it could have something to do with the fact that she became a successful magazine queen before she was even legally an adult.

"...she may only be 18, but at the same time she’s a completely self-sufficient person. I don’t have to worry about her." - Michael Cera

Gevinson says, "... you have this idea about what it means to be a writer, and what it means to be a performer, whether you’re introverted or extroverted. I have at times felt like they don’t mesh. Then it’s just, like, ‘No, fuck that. Maybe I don’t see a precedent for my life in the outside world, but I can be that precedent.'"

Want to know more? You'll just have to pick up your own copy of NYLON's October 2014 It Girl issue when it's out on newsstands this Wednesday! Until then, check out what Michael Cera has to say about the teenage success story below, then stay tuned to NYLON.com for exclusive behind-the-scenes deets!

"Tavi is living in New York for the first time by herself, and I experienced something similar when I moved away from home to start working. So I know the moment she’s having and can relate to it. That said, she may only be 18, but at the same time she’s a completely self-sufficient person. I don’t have to worry about her."