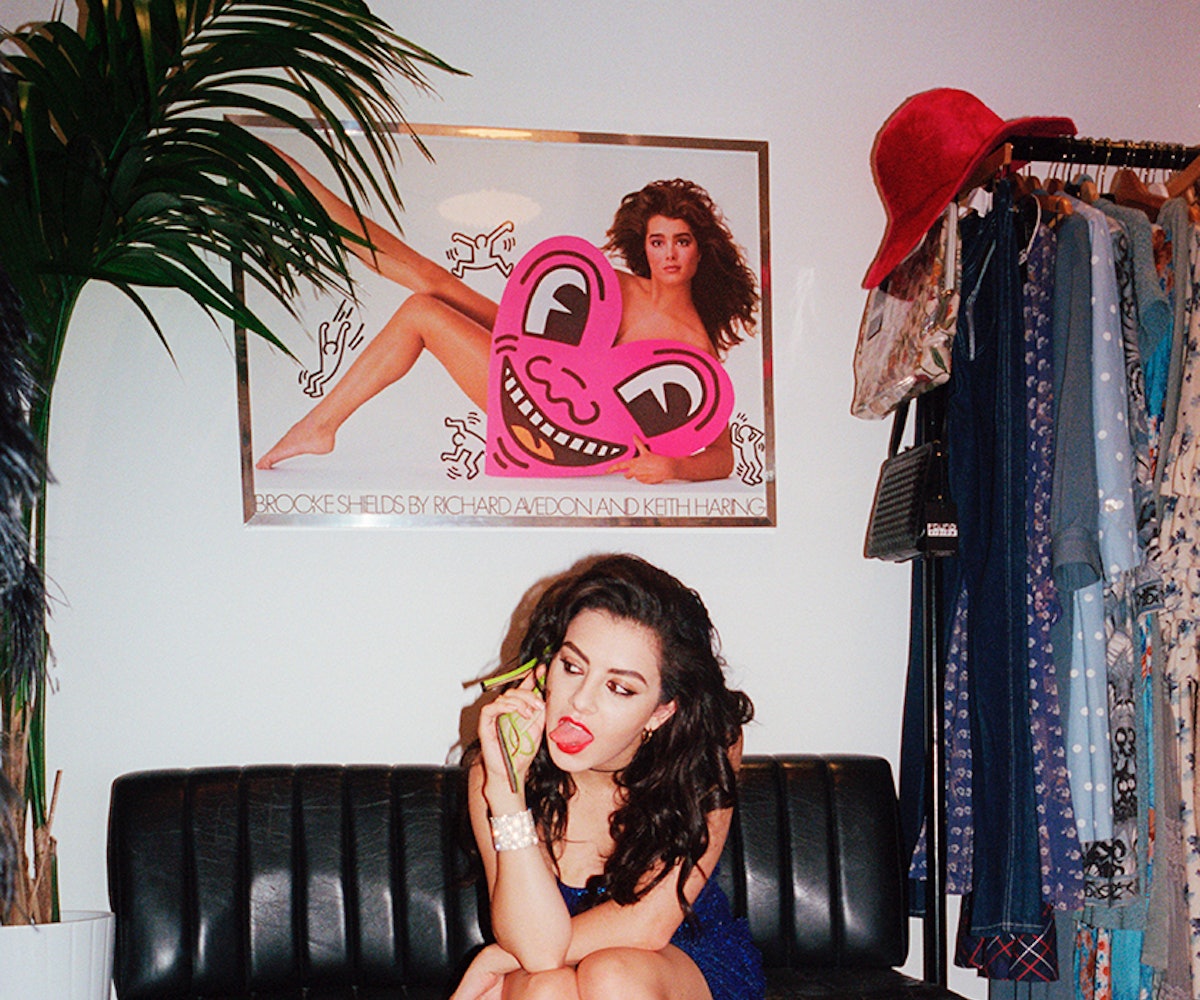 The latest news about English popstar Charli XCX that you'll find on the Internet is that yesterday, she announced the release date and album art for her forthcoming record Sucker. That is, until right now, when you're finding out that we've featured the "Boom Clap" musician in our October It Girl issue.

"It’s punk-inspired. It’s definitely still a pop album, but there are moments where it is raw and wild..."

In our feature with the 22 year-old artist, you'll find inspiration for the pop girl's latest record--which you might see as surprising, compared to her other albums. "It’s punk-inspired. It’s definitely still a pop album, but there are moments where it is raw and wild. I’m commenting on the music industry, the female body, and money, whereas before I mainly spoke about love. This record definitely feels better informed.”

Whether you're familiar with this music maven from her earlier work on her 2013 album, True Romance, her collaboration with Icona Pop on "I Love It," or, more recently, her collaboration with Iggy Azalea on "Fancy," Charli XCX proves time and time again that she has what it takes to play in the pop big leagues and we can't wait to see what she does next.

Why Charli XCX chooses to work with other strong female musicians is obvious, but specifically on working with Azalea, the Brit says, “Iggy is one of the coolest, most hard-working artists I’ve ever met. She puts her all into everything she does, which I really admire. She’s also fucking hilarious.”

And, yeah, we're thinking most would say just the same about Charli herself...

Find out more by picking up our October It Girl issue, on newsstands this Wednesday.

NEXT UP
Entertainment
Emma Chamberlain Is Officially Moving to Spotify On February 23 (Exclusive)
Entertainment
Samia On 'Honey' & Saying The Ugly Part Out Loud
Culture
6 Shows To Binge Once You've Finished 'The White Lotus'
Entertainment
Gracie Abrams & Gia Coppola On The Joy Of Free-Flowing Collaboration
Style + Culture, delivered straight to your inbox.