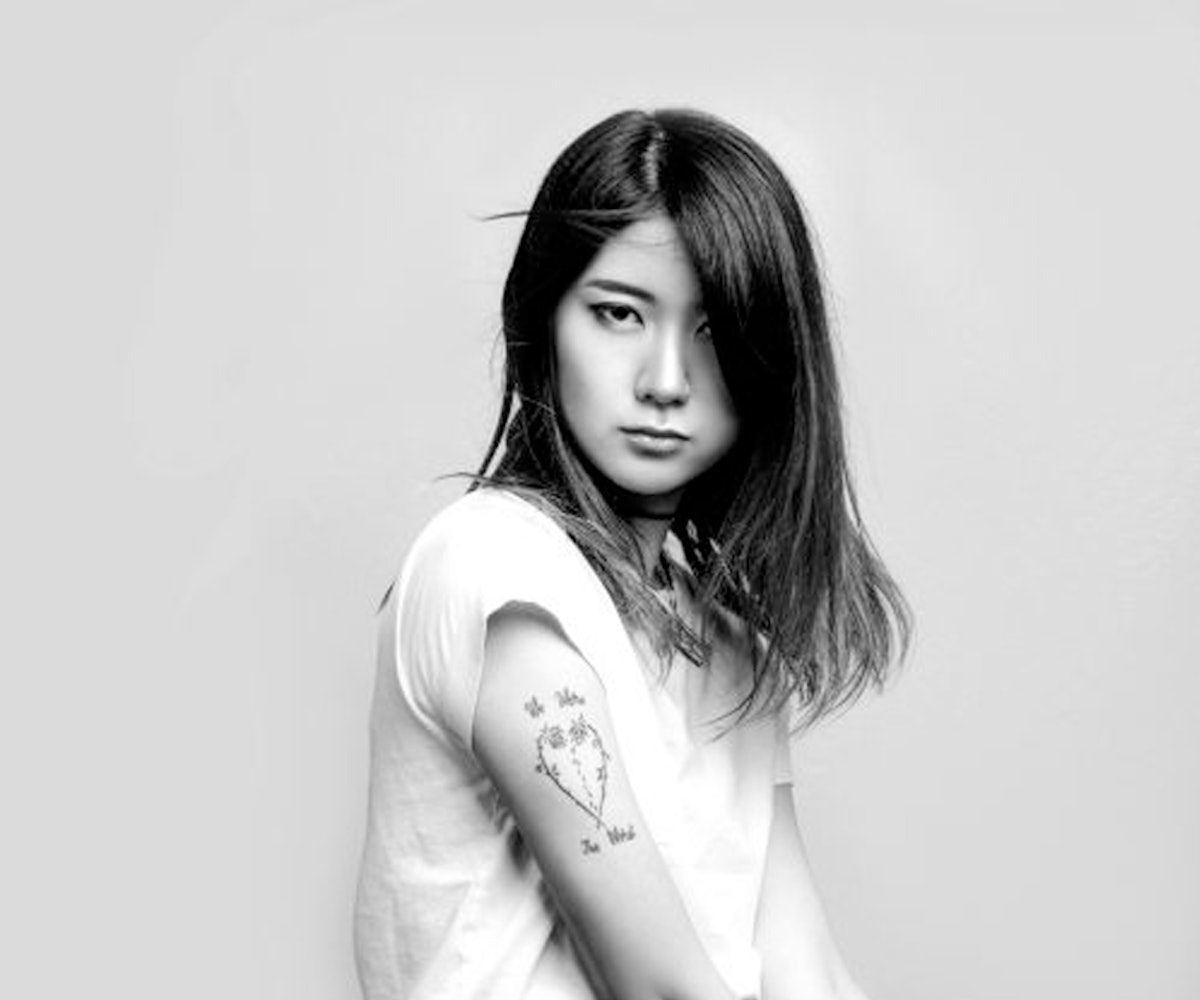 WTF (Where They From): Sapporo, Japan

Started From the Bottom: “My father was a pro musician, and he taught me how to use GarageBand when I was in elementary school,” says the 21-year-old. Later, she bought Cubase 7 with money she made from her part-time job at a ramen restaurant.

Earned It: From the rushing waters in “Mizu” to the infectious beat of incoming and outgoing iMessage alerts in “iPhone Bubbling” off of Qrion’s self-titled EP, every sound imaginable is fair game to be incorporated into her music.

U Remind Me: Qrion’s beats are what should play in Zelda when Link gets resurrected by a life.

Personal Jesus: Her influences include Jacques Greene, Tokimonsta, and Skrillex.

I Know There’s Gonna Be (Good Times): Her favorite performance was in San Francisco at That Venus Patrol & Wild Rumpus Party. “That night was really amazing,” she says. “I’ll remember that view from the stage forever.”

Walk on the Wild Side: Last year, a Vine of Qrion dancing to “Bandz a Make Her Dance (Hitmane Kokirimix)” during her live set went viral. “Many of my favorite artists emailed me like, ‘I love your dancing, where can I download that song?’” she recalls. “I thought, ‘The internet is...wow!’”

Thriller: Qrion’s terrified of sea life. “I have no idea why I’m afraid of it because I really like seafood. But I can’t look at pictures of whales, fish, or coral under the sea. Even if it’s just an illustrated encyclopedia, I can’t touch it. I also can’t go to aquariums.”

We’ve Only Just Begun: Up next, the producer will release an EP old-school-style, as a physical CD.