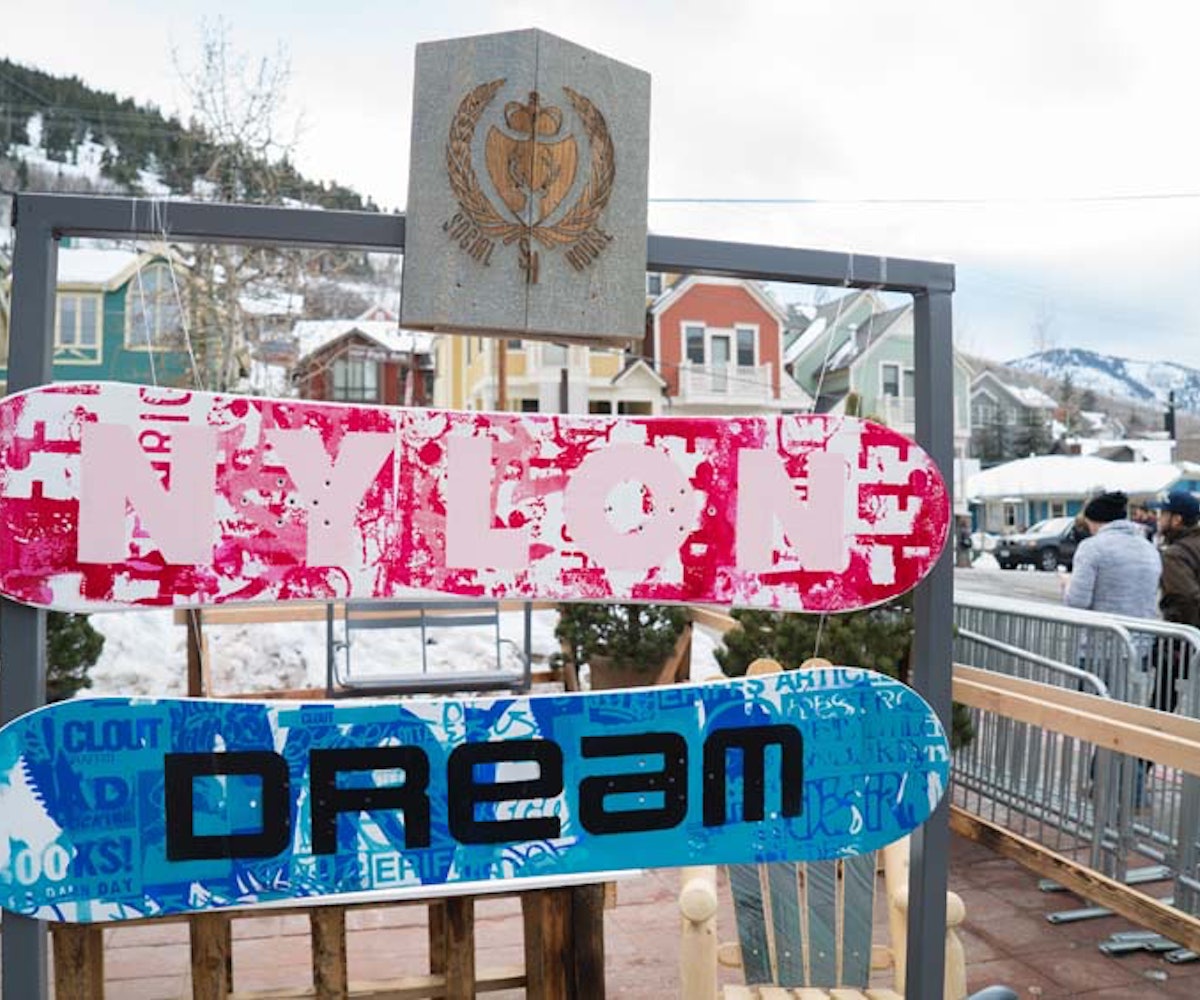 Yes, Sundance's main M.O. is celebrating the next big thing—or even the next small thing—and the creative minds who work so hard to tell original, wonderful stories. Also, it is a great excuse to have a really awesome party. Seeing as independent thinkers and really great soirees are two of our favorite things, we had a celebration in Park City with some of indie film's finest young stars. The apres ski-themed event, which was in partnership with The Dream Hotel, didn't kick off in prime partytime, which made it such a treat. (Hey, everyone can still get in, get their dance on to DJ Mel DeBarge, and make it in time for their director's dinner that evening.) Cuz that's how we roll in Park City.

Rebecca Dayan, star of the runaway hit H.—which was produced by our very own Shruti Ganguly.

Parenthood's Mae Whitman is all bundled up.

See, we told you: apres ski!

No one (including the cast of The Spinoffs) can resist the step-and-repeat.

The incredible Kellan Lutz, who is promoting his film The Experimenter—and also spending his time teaching disabled children how to ski.

Thanks, Dream! You were a dream!

R.J. Mitte, who played Walt Jr. on Breaking Bad, spent his Sundance discussing the need for diversity at Shriners Hospitals for Children Diversity Panel, encouraging Hollywood to embrace not only diverse stories, but actors and crew members, too.

NEXT UP
The Art Issue 2022
Instagram Didn’t Kill Party Photography. It Just Made It Evolve.
Beauty
Hailey Bieber’s Glazed Eyeshadow Is Perfect For Party Season
The Art Issue 2022
What It’s Like To Be A Tattoo Artist To The Stars
Culture
Art Basel Miami Beach Debauchery & More Party Photos You Missed