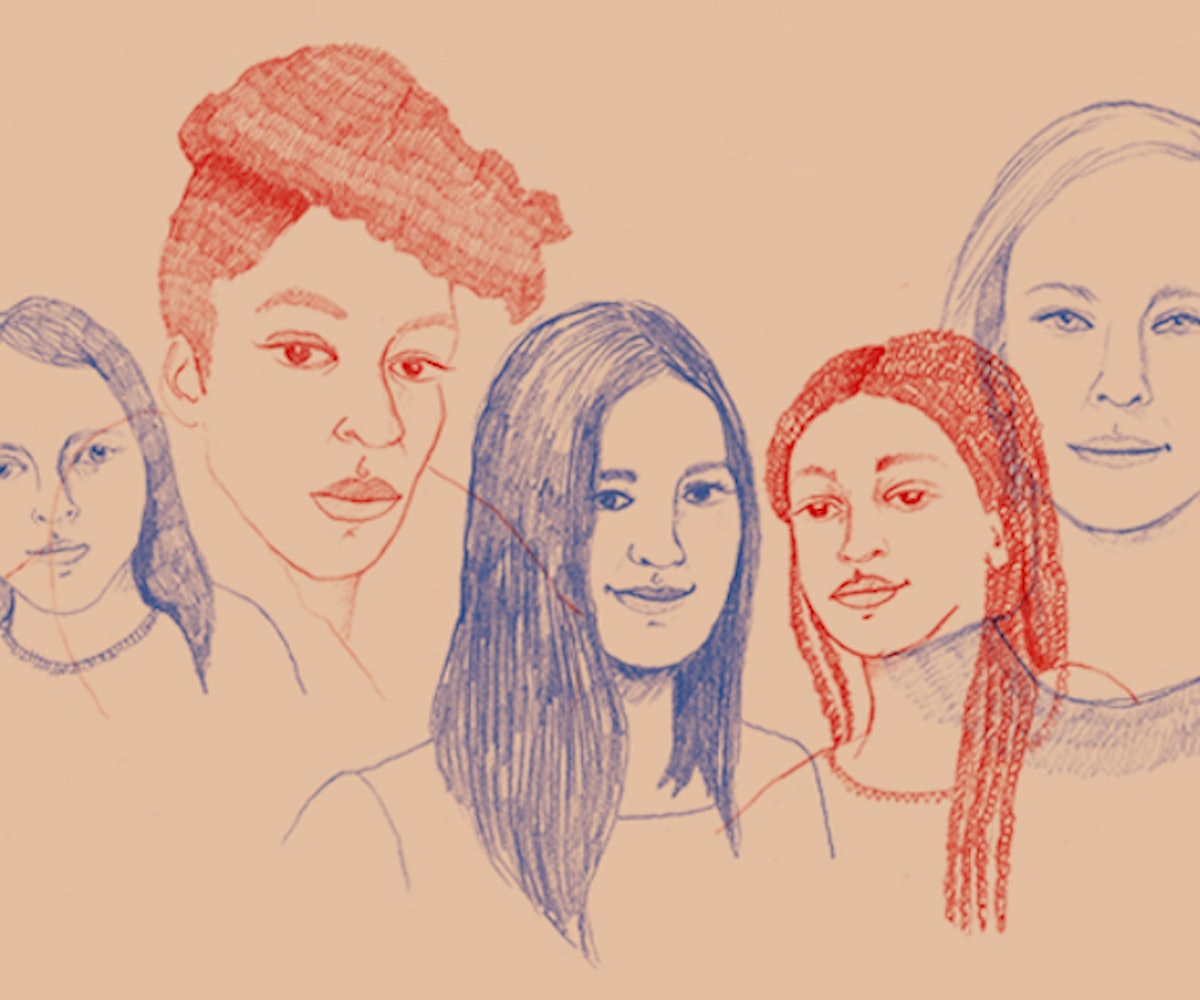 In the digital age, we want things in HD—information should be clearly communicated and easily accessible. But the best art comes from uncertainty and otherwise overlooked spaces, thoughts, and ideas. It is then up to viewers to draw their own conclusions.

Here, we chat with five women who aren’t afraid of a challenge, and who give us a glimpse inside their spaces and creative processes.

Amanda Keeley has always been a bit of a bookworm. The Miami-based artist and publisher has worked at niche bookstore and publishing company Printed Matter, and has collaborated with the artist (and prolific art bookmaker) Yoko Ono. “I’ve always had a passion for books about artists,” Keeley says. “I moved to Miami in 2014, and there’s a very vibrant art scene, but I realized there wasn’t an awareness about artist publications.” Now, through EXILE Books, a pop-up artist’s bookstore that relocates every two to three months, she publishes her own books, while also working with local designers and artists to make publications, zines, posters, and exhibitions. “There are a lot of exiles settled in Miami, but I wanted to change that word so that it didn’t have a negative connotation, but really be tied to a nomadic presence,” she says of the project. “There’s also a component of liberation, where you’re no longer tied to a place, structure, or identity, because you’re creating your own.”

At 23, Aria Dean’s experience extends far beyond her years. Besides working a day job as the assistant curator of new-media arts organization Rhizome, Dean makes objects and videos. Her most recent work was a project in collaboration with Australian artist Hamishi Farah called White ppl think I’m radical at Arcadia Missa in London. Dean also occasionally runs an art space called As It Stands L.A., and writes essays for the likes of Artforum and The New Inquiry. If you think it doesn’t get cooler than that, she recently gave a lecture about Busta Rhymes’s relationship to the apocalypse at Machine Project in Los Angeles. But Dean doesn’t have a preference for any of her various roles. She says, “I’ve always been like, ‘I’m just here for the ideas,’ which sounds really lame, but as long as I’m being given time and space to think about stuff that I’m interested in, I’m down to do that in whatever form it takes. But I enjoy playing into this denial of categorization.”

Château Shatto may be a gallery, but under the leadership of Liv Barrett it has the ability to be more. Run by Barrett and her business partner Nelson Harmon, Château Shatto has transformed into a massage parlor for a recent show by Amsterdam-based artist Evelyn Taocheng Wang, played host to photographs of late philosopher Jean Baudrillard, and featured work by Body by Body, Parker Ito, Helen Johnson, and Cayetano Ferrer. “A gallery is where all of the dissonant forces within art are forced to meet and occasionally reconcile,” says Barrett. “Then on a more base level, you’re running a small business and you’re a shopkeeper. But you don’t just make simple transactions, you calculate how each transaction accumulates and shapes the work.” What gets Barrett excited about work each day? “Having a gallery is a way to mark out this slow-release cultural narrative,” she says. “It’s a way to distribute power to artists, and I suppose I appreciate the discordant context in which all of this takes place.”

For years, Danielle Dean’s video and installation art has been about kicks. But not just any kicks—the Nike True Red, also known as the Vampire sneaker. Dean’s most recent exhibition, “a shoe, a phone, a castle,“ at Los Angeles art space Commonwealth & Council, continued that exploration through three videos, culminating in a narrative film about a Ghanaian castle built in the 1400s by the colonial Portuguese, but set in modern times with a cast of selfie-taking Houston natives. “[The castle] stored stuff inside of it that allowed colonialism and capitalism to occur, but also, it changed the relationship the locals had with the colonizers, and their relationship to themselves,” says Dean. “I was interested in suggesting the form of the castle was a form of media like the cellphone, and how these things change the way we behave. I was interested in historicizing media.”

Between running her namesake gallery on the Lower East Side and Cleopatra’s, an art space in Bushwick she’s helmed with three other New York-based gallerists for nine years, Bridget Donahue is hard at work building up her roster of featured artists, which includes Lynn Hershman Leeson, Susan Cianciolo, and Martine Syms. “Now that [my namesake gallery is] two years old, I’ve noticed a preoccupation with art that can do other things—you can interact with it, wear it, sit on it, live inside, or play on it,” she says. The intersectionality of art and the process of it changing hands also excites Donahue. She says, “I like selling art. You’re directly dealing with someone who’s buying something, and with the person who’s making the art, and you’re helping them get paid. And I love people. That’s the most driving thing, all the people I work with—all my friends are artists.”

NEXT UP
Entertainment
Megan Thee Stallion Says A New Album & World Tour Is Coming In 2023
Culture
A Britney Spears-Inspired Musical Is Coming To Broadway
Entertainment
Precious Pepala Is Going From TikTok Covers To Her Own Resonant Songs
The Art Issue 2022
From Renaissance To Gemini Rights: The Stories Behind 2022's Best Album Covers