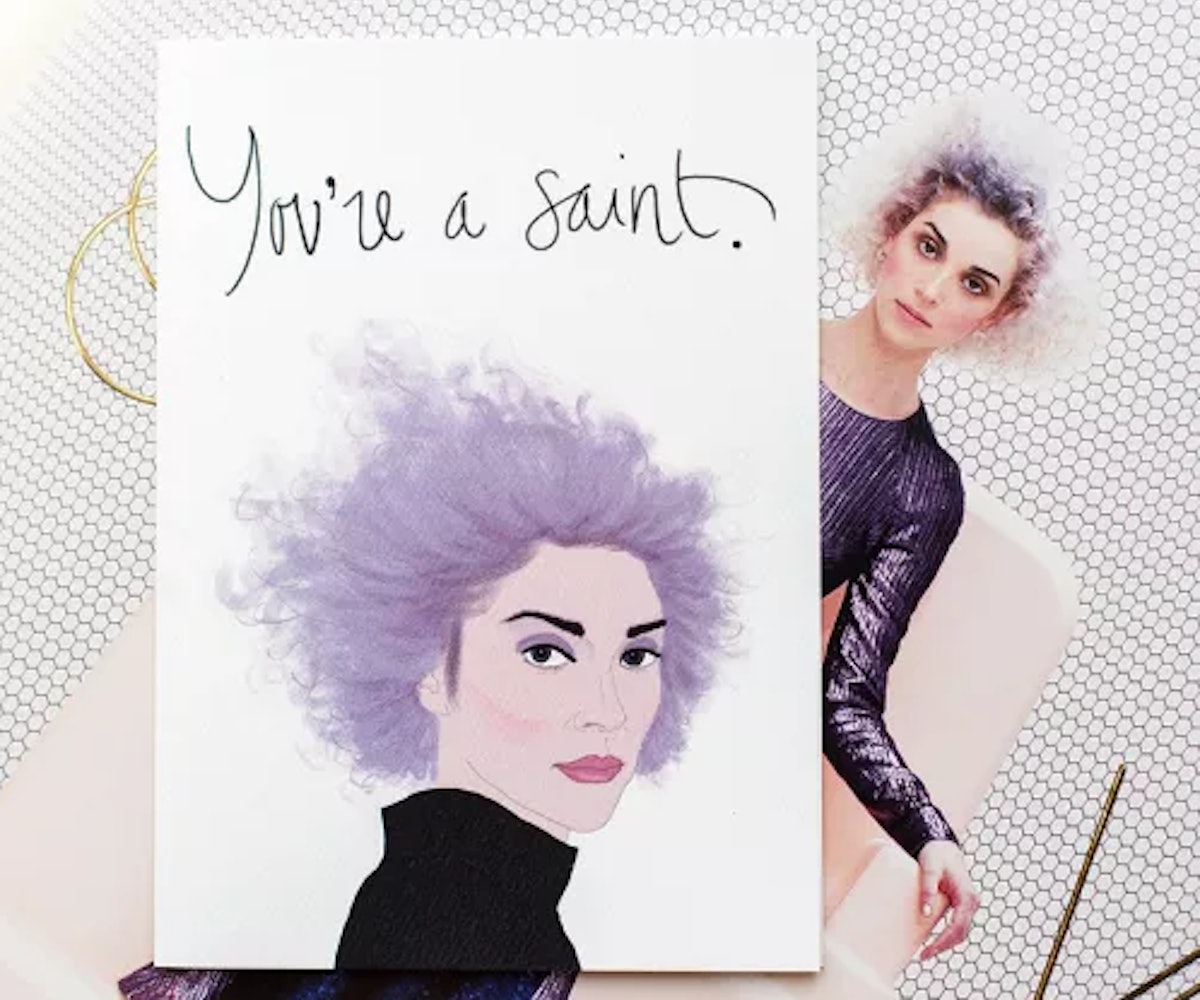 One look at greeting card hub TAY HAM's website, and you'll understand why it refers to its products as "the best cards since sliced bread." Located in downtown Wilmington, North Carolina, this unique greeting card studio is a one-stop shop for original illustrations and hilarious taglines.

Taylor Hamilton has a lifelong passion for one-upping the standard way of showing appreciation. Her sense of drive (and humor) have since culminated in a greeting card business unlike any other. With sarcastic cards suitable for every occasion, there's no better place to go when you want to add a much-needed spark to the generic note.

Get to know more about Hamilton and her awesome company below, and flip through the gallery to see which of her designs are now available at

We’re obsessed with anything that has witty phrases and pop culture references, which TAY HAM is all about. Can you share how you got into greeting cards business?

Prior to Etsy, the greeting cards that were out in the world never really did it for me so I always made my own. I started out with collage. I'd cut out a bunch of images from magazines, spread them out, and see which one caught my eye and sparked a phrase that worked for the occasion. I guess people really liked them, and I started getting lots of requests.

Why do you think greeting cards are important?

They are time capsules! When you get a good card, you save it right? I love going back through old shoe boxes and reading old notes and cards, which are usually happy ones because who sends a mean card? They're filled with inside jokes from stuff I used to like and tiny moments I'd probably have a hard time remembering normally.

Why did you choose to move your business down to North Carolina?

I actually moved to North Carolina right after high school. I picked a spot on the map, packed up my car, and moved. My car was stolen on my fifth day in North Carolina so I was here to stay. The business happened much later.

What are some of your inspirations?

Certain color combinations will send a little tingle to my fingertips. Same with music; certain melodies or lyrics will give me a jolt of creative inspiration. It's never anything super specific—it's more of a stream of consciousness thing.

How long is the average process of creating a greeting card from start to finish?

There is a lot of research that goes into each card, which can take weeks. I love digging through old articles and photo shoots and stuff for the cards with people on them. I feel like I get to know them a little better which makes the illustration process a lot smoother. Right now I'm working on a fashion capsule collection and it's been so much fun to research.

Do you have any cards that are your all-time favorites?

YES! And usually they are the ones most people overlook. I really love "Second to None" and "You're a Saint;" Solange and St. Vincent are such inspiring individuals. I also like the card that says "Butts are for Butts" because it's fun to say and it's also super shitty when people litter their cigarettes.

Which cards are your best sellers?

People are really digging the '90s nostalgia these days, so anything based in that time frame is really flying. Our Back to the Future-inspired card is probably in the lead right now. It says, "We go way back!"

How did it feel having TAY HAM cards recognized by celebrities such as Snoop Dogg and Kim Kardashian?

It felt so, so good. Snoop Dogg was the very first human I drew for TAY HAM. I've always loved him and have been trying to catch his attention for years. Knowing that he enjoys my artistic interpretation means the world to me. As far as Kim goes

—that was pretty wild. It's awesome that she supports small businesses, and to share it on her social media, out of the blue, months after she bought the cards from us, was just next level.

If you were granted the power to come up with a nationally celebrated holiday, what would it be? Can you give us an idea of how a TAY HAM card would celebrate this holiday?

National Honesty Day. The card would be of a big open mouth with a speech bubble for you to fill in the blank.

Besides TAY HAM, what other greeting card companies do you enjoy?

I love Laura Berger. Her little naked people, and everything else, I love it all.

TAY HAM, Second to None, $5, available at TAY HAM.

TAY HAM, Butts Are For Butts, $5, available at NYLONshop.

TAY HAM, We're SO Excited About This Greeting Card, $4.25, available at NYLONshop.

TAY HAM, Fake it 'til You Make it Greeting Card, $5.00, available at NYLONshop.

TAY HAM, I've Got Your Back Greeting Card, $6.00, available at NYLONshop.