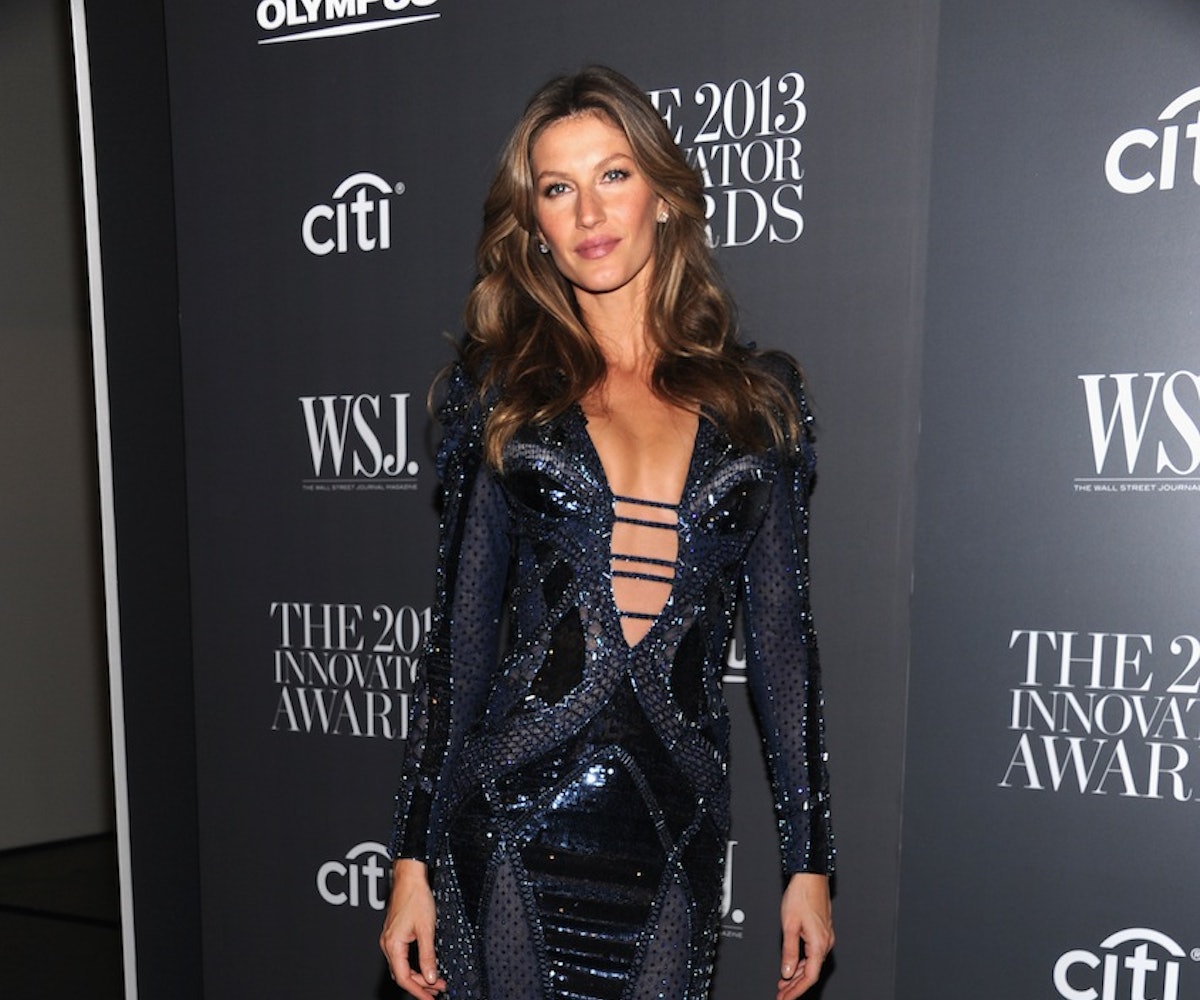 watch your back--we have another supermodel singer on our hands, and this time it's Gisele. As if being one of the A-list catwalkers and Tom Brady's wife (NBD) weren't enough, she's lending her vocal chops to H&M's new fall campaign. We'll have to wait til May to hear her sing "Heart of Glass," but get a sneak peek at the ads in the gallery. (

movie is still a go! Despite a few setbacks, musician and composer Duncan Sheik says that he's still planning on going ahead with the musical. Oh, there's also a new song! According to Sheik, "I

t’s the only way you’re eligible for an Academy Award." Stay tuned for casting deets.... (Broadway.com)

Because you can never have too much Freja in your life, see a preview of the model's new collection for Zadig & Voltaire here. (VOGUE UK)

The newest judge of The Voice has been revealed, and it's none other than Pharrell Williams! Get the scoop on his new gig here, refresh yourself on all of his other projects here, and ask yourself the question: when does this guy ever sleep? (MTV)

Icona Pop's string of dance anthems continues with their cover of "It's My Party." Listen below and let us if it lives up to the original. (Pitchfork)