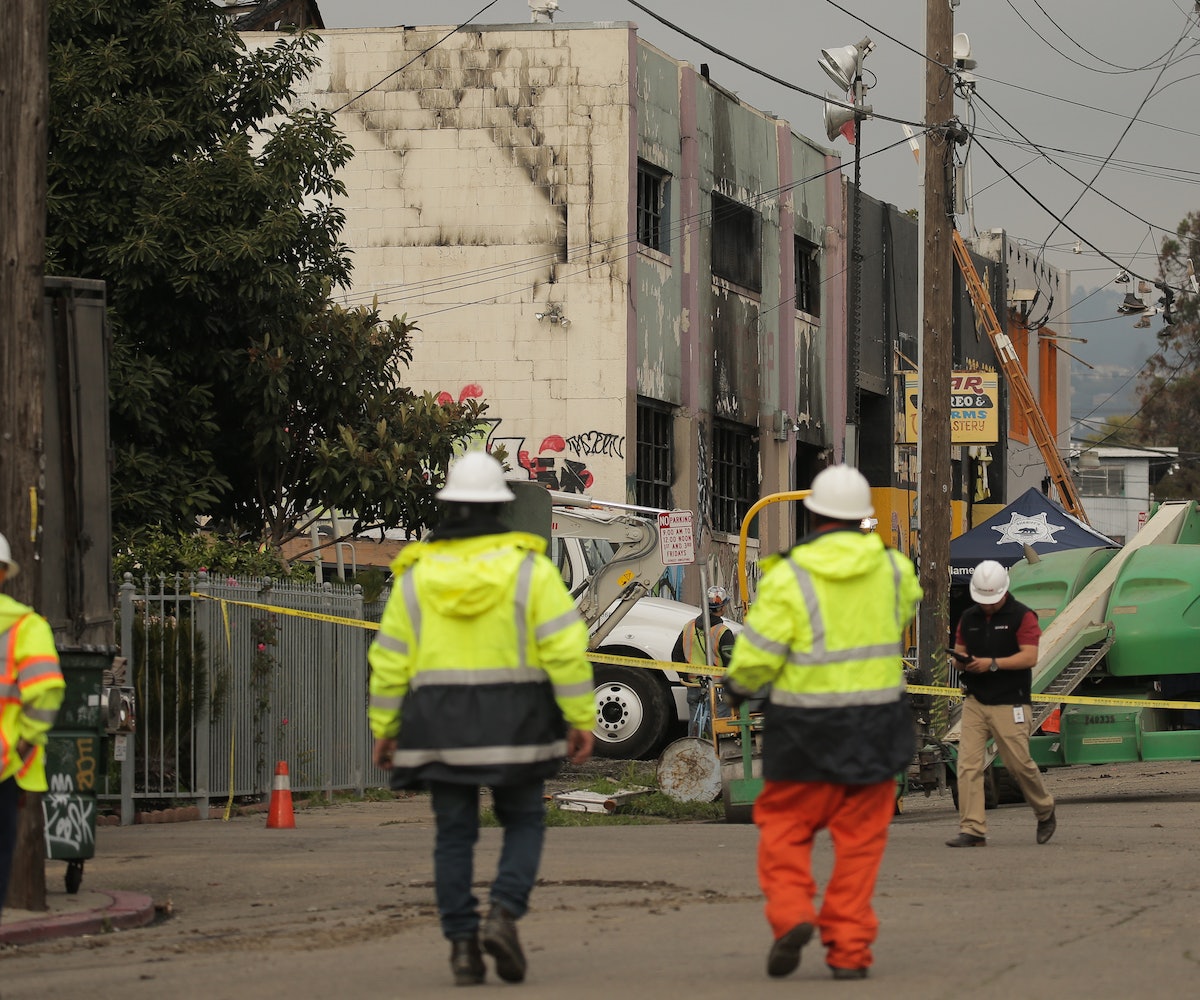 Almena was the Ghost Ship leaseholder, according to NBC, who regularly threw illegal concerts in the space. It was during an electronic dance party, on December 2, that the fire occurred. Harris was a tenant of the building since 2014 and was made the "creative director" by Almena.

Both men are being charged with 36 counts of involuntary manslaughter.

"Defendants Almena and Harris knowingly created a fire trap with inadequate means of escape," Alameda County district attorney Nancy O'Malley said at a press conference on Monday. "They then filled that area with human beings and are now facing the consequences of their actions."

Almena and Harris allowed as many as 25 people to live in the unsafe building, according to The Los Angeles Times. They failed to provide any fire safety equipment and filled the venue with flammable materials, creating what O'Malley called a "deadly and dangerous space."

The night of the party, Almena had blocked off one staircase, giving party-goers just one exit when the building went up in flames. The fire was likely caused by an electrical overload, but it's gone undetermined since most of the evidence was destroyed. "The paying guests were faced with a nearly impossible labyrinth," O'Malley said.

According to the city's interim director of planning and building, Darin Ranelletti, the warehouse hadn't been inspected in 30 years.

"I am incredibly sorry," Almena told the TODAY show back in December. "Everything that I did was to make this a stronger and more beautiful community and to bring people together." He added that he'd opened the warehouse to artists that couldn't afford space, who “can’t pay your rent because your dream is bigger than your pocketbook."

No specific date has been set for the two to be arraigned. If convicted, they could each face up to 39 years in prison.