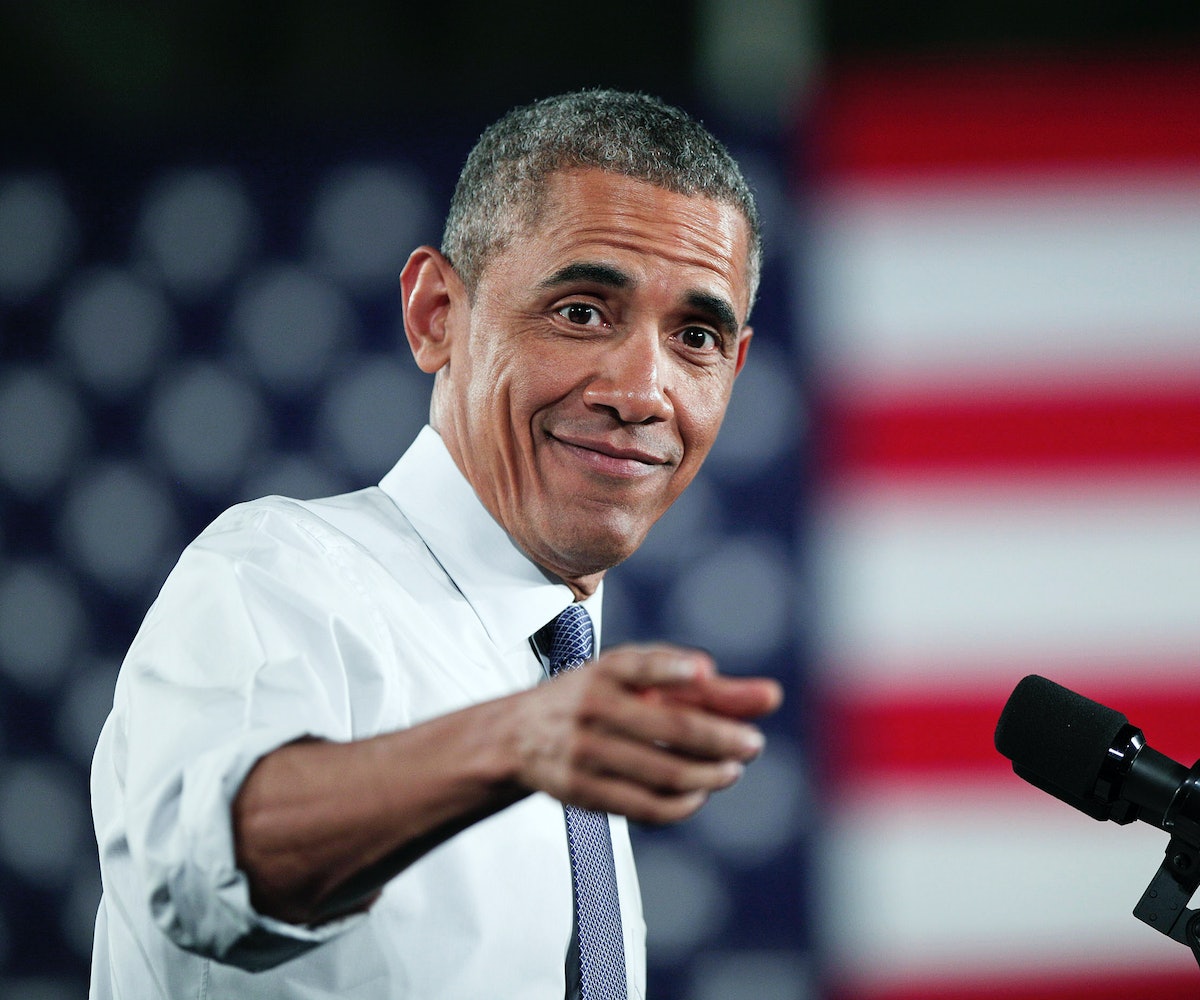 President Obama recently announced he will throw a one-day music festival at the White House, similar to South by Southwest, because he is officially the coolest president in the history of the United States. He's calling it "South by South Lawn: A White House Festival of Ideas, Art, and Action." He was inspired by his time as a keynote speaker at SXSW this year, where he discussed things like digitizing voting and increasing internet access to underprivileged areas. For South by South Lawn, held on Monday, October 3, Obama is working in partnership with SXSW and the American Film Institute. The festival will feature panel discussions, live musicial performances, and a student film festival. The panels will focus on influencers and community leaders who are doing good in the world.

In addition to focusing on improving the world we live in, the festival will also be the last time you can party on the White House lawn with the Obamas. The lineup has yet to be announced, but judging by Obama's summer playlist, he has excellent taste in music, so this is definitely a festival you don't want to miss. You can nominate yourself to attend the event here.