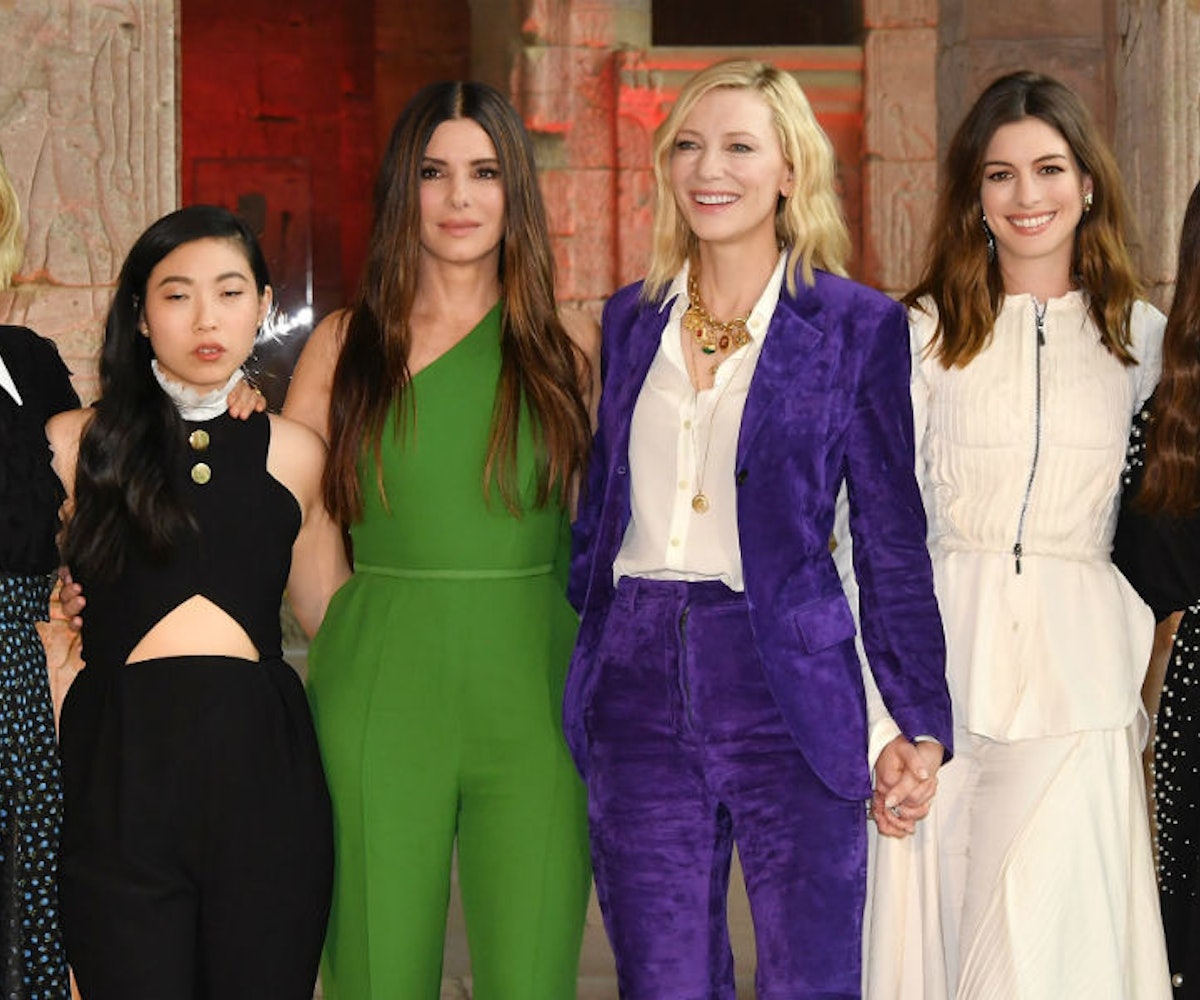 Photo by Mike Coppola/Getty Images.
by Taylor Bryant
May 22, 2018

The ladies of Ocean’s 8 (minus Rihanna) have begun their press rounds. Today, in New York, the actresses gathered to discuss how they hope their “strong female roles” affect little girls. According to Vulture, Cate Blanchett hopes to “encourage children to crime.”

A little context: Reportedly in the film, Sandra Bullock's character explains in a scene that she decided to rob the Met Gala to inspire the 8-year-old girl with a dream of living a life of crime. When asked whether or not that's really the aim of the film, Blanchett jokingly confirmed. (What wasn’t a joke is the stunning purple suede suit she wore during the conference. Swoon!) Anne Hathaway then clarified: “To an 8-year-old girl, maybe we’re not trying to say, ‘Go have a life of crime, but we’re saying, ‘Go do what you want, there’s space for you.’” She added, “One thing we’re also saying in that 8-year-old girl moment is—and there’s nothing wrong with it—but you don’t have to grow up to be a princess.”

Instead, you can grow up and star in blockbuster films! Or, successfully rob the Met Gala! Dream big, kids!