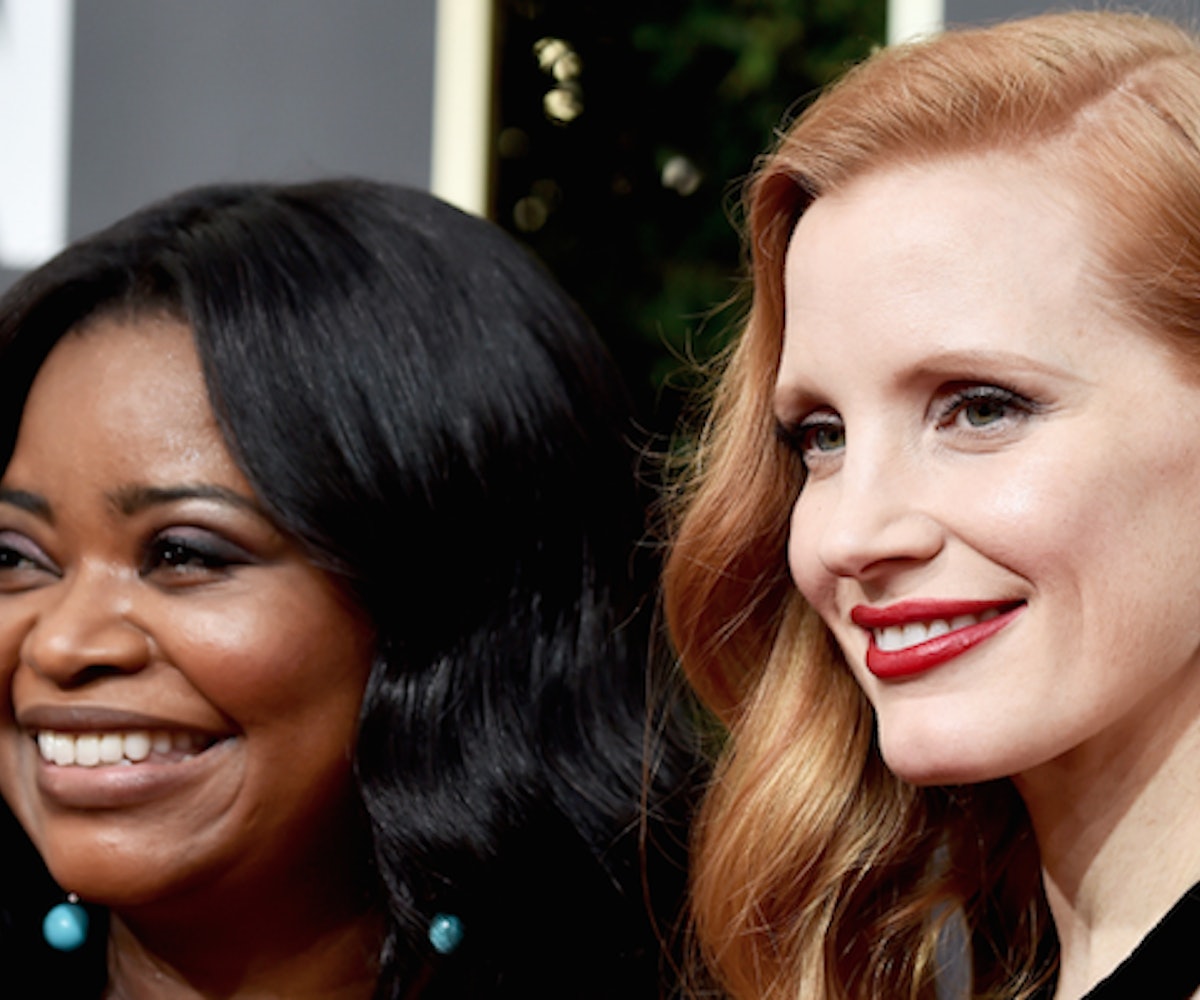 Flawless human Octavia Spencer says she is now making five times her salary for a new film, thanks to the help of her friend and The Help co-star Jessica Chastain.

While speaking at the Women Breaking Barriers panel hosted by the Hollywood Foreign Press Association (HFPA), the actress recalled a conversation she had with Chastain last March about the gender pay gap while discussing their plans to work together on a comedy. "She was like, 'It's time that women get paid as much as men.' I'm like, 'Yeah Jessica, it's time!' We were dropping F-bombs and getting it all out there," Spencer told the audience.

But then, the conversation quickly shifted into another frequently overlooked issue about the wage gap—not between men and women, but between women of color and white women, which Spencer says Chastain "had no idea" about. "And then I said, ‘But here’s the thing, women of color on that spectrum, we make far less than white women. So, if we’re gonna have that conversation about pay equity, we gotta bring the women of color to the table'. And I told her my story, and we talked numbers, and she was quiet, and she said she had no idea that that’s what it was like for women of color.”

It's surprising that a progressive thinker and social advocate such as Chastain "wasn't aware" of the fact that people of color don't make as much as their white counterparts, but it's not the first time her ignorance was outed. Just last month, she was met with criticism online after appearing on the cover of a Los Angeles Times' entertainment cover story which only featured white actresses.

See what happens when you use your privilege for good? Everyone wins!

See the panel discussion in full, below.