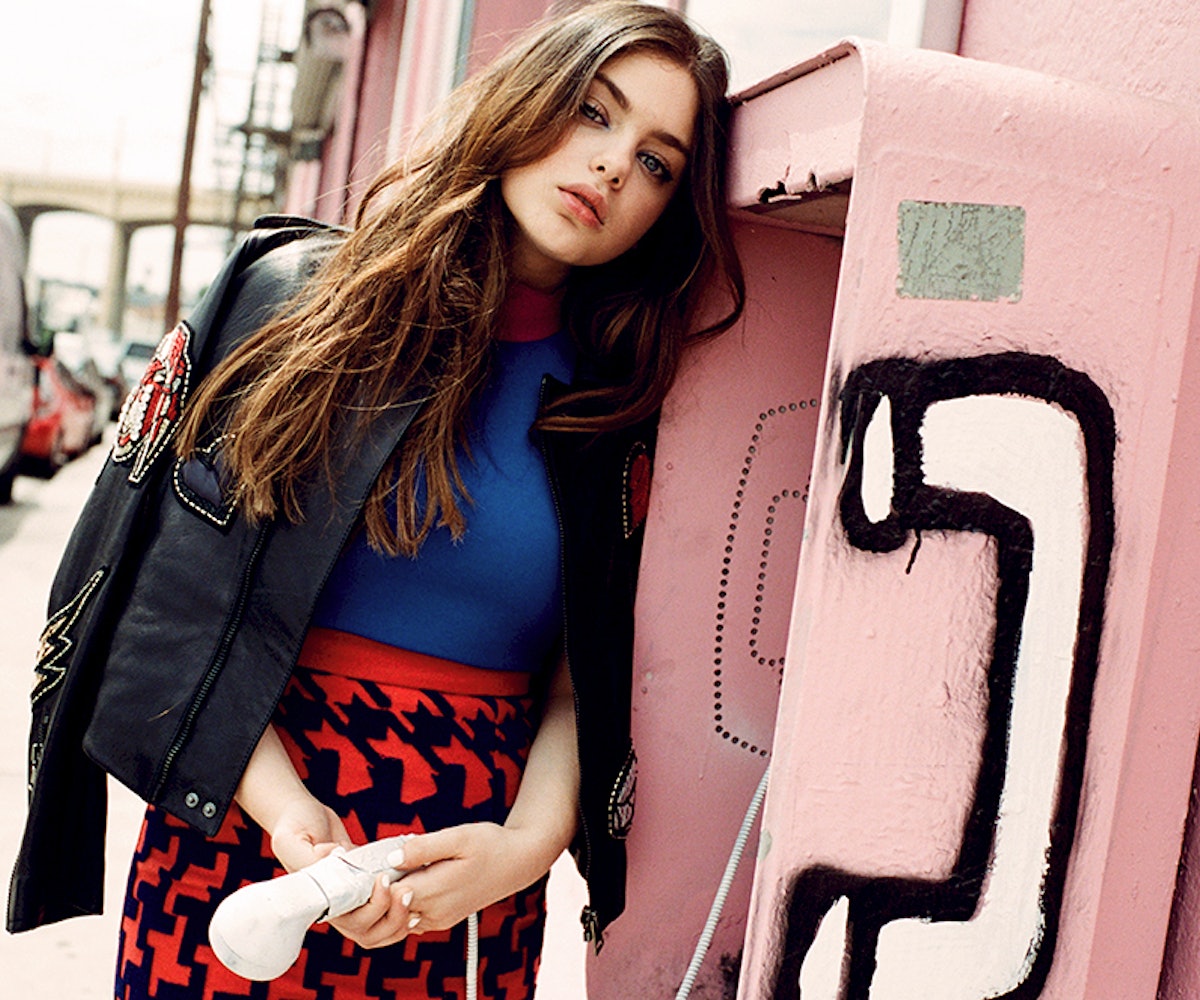 At just 18 years old, Odeya Rush has starred in indie hits and blockbusters alike, and even made her own short film. Her "It-Girl Résumé" details it all, from her career to her co-signs from Sam Worthington and Jeff Bridges.

To write and direct her own projects, while appearing in films like The Giver and Goosebumps

An early start. “When I was a kid, I would write plays and my little brothers would act in them. It got to a point where I had to write this one called The Secret Ninja that let them either fight or eat in every scene because that was the only way they would do it.”

2014’s The Giver. “This was a growing experience and I made lots of friends. I got to know Taylor Swift, who is not afraid to ask questions or say she’s nervous. Same with Meryl Streep and Jeff Bridges. I like people like that.”

Goosebumps, out this month, in which she embarks on a demon-battling adventure as the daughter of horror author R.L. Stine. “It was a big-budget movie with a major studio and a lot of producers, but I have never felt like such a part of something. The first two weeks of filming we sat with the writers and told them what we liked

and didn’t. It felt like making an indie movie.”

Currently filming the dramedy Holding Patterns. “I’m just ready to play a normal girl in a normal family, because the last film I worked on, Hunter’s Prayer [out this year], was a lot of heavy drama with terrible things happening every day.”

Wrote, directed, produced, and starred in the short film Thanks. “I usually write more dramatic stuff, but this one has more humor and pokes fun at L.A. We did it all guerilla-style. My best friend is the president of the high school, so we snuck in and filmed in the auditorium.”

Speaks Spanish—sort of. “When I was younger, I would watch soap operas that were in Spanish dubbed in Russian with Hebrew subtitles. Our favorite was about three beautiful women who had a horse farm, and the mom was dating this really young guy who was using her for her money.”

Insomnia. “I don’t sleep—I write or read. My best friend and I want to get moon tattoos because all of our adventures are at night.”

Scoring deals. “I like Miu Miu, Elie Saab, Chanel, and Dior, but I also like T.J. Maxx—I get a lot of great stuff there! Like underwear by the pack—you know it’s clean when you can’t try it on.”

“When I finished the script for Thanks, I sent it to Sam Worthington and Jeff Bridges. I know that they are always going to tell me the truth, and they both said I should make it.”

NEXT UP
Entertainment
Paramore's "This Is Why" & 9 Other New Songs Out This Week
Entertainment
Lindsay Lohan Teases Her Return To Film, 'Falling For Christmas'
Life
Read An Exclusive Excerpt From I’ve Had To Think Up A Way To Survive: On Trauma, Persistence, and Dolly Parton
Life
On Repeat: Vaquera’s Away Collaboration Is Brought To You By Britney Spears B-Sides