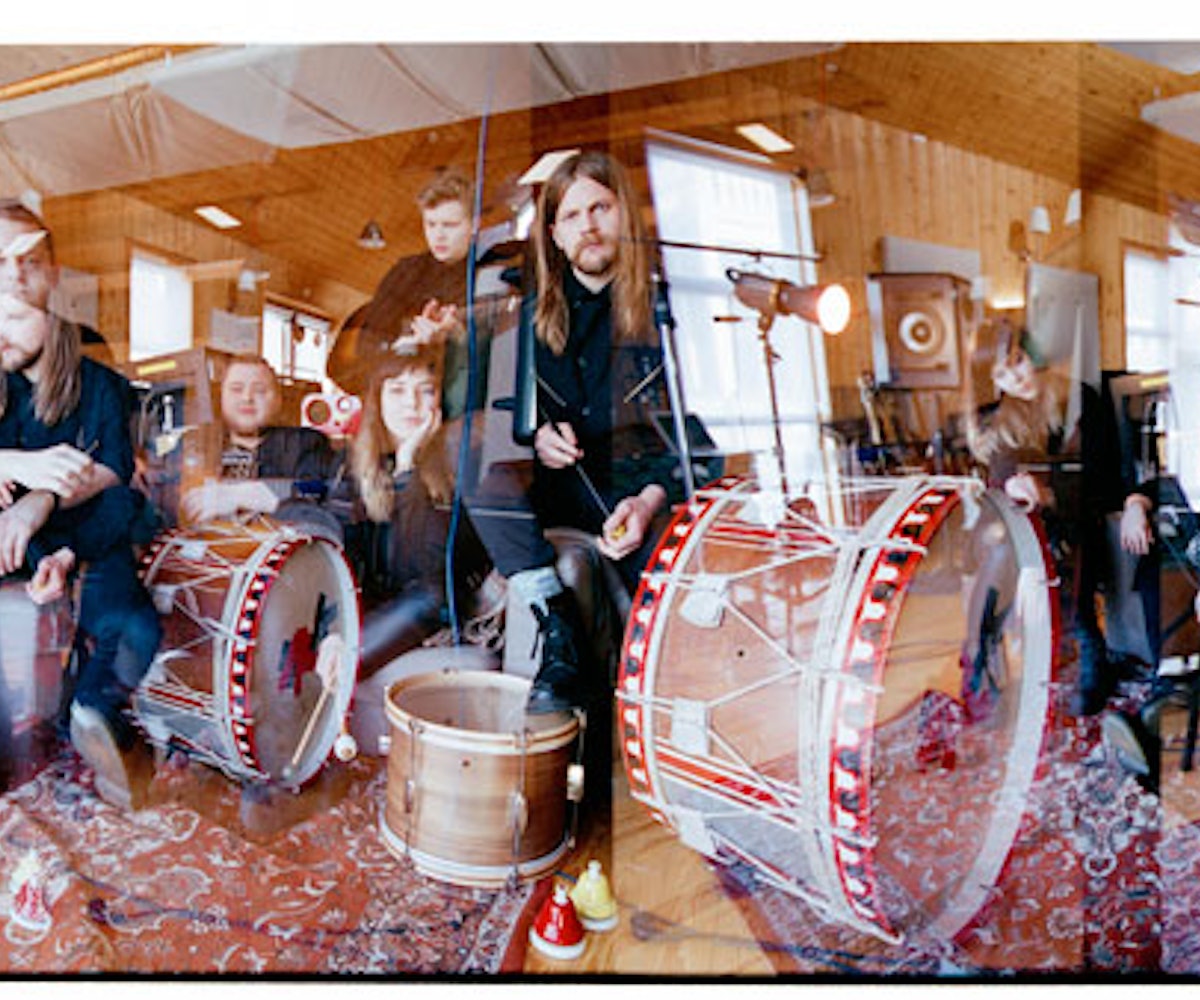 Of Monsters and Men commune with the winter of their discontent on a shimmering sophomore album.

A few months ago, in the dead of winter, Icelandic quintet Of Monsters and Men left an ice- and snow-filled Reykjavík for two months to record in Los Angeles. The trip was successful, insomuch as it produced the group’s sophomore album, Beneath the Skin. But to hear primary songwriters Nanna Bryndís Hilmarsdóttir and Ragnar Þórhallsson tell it, the band (which also includes Brynjar Leifsson, Kristján Páll Kristjánsson, and Arnar Rósenkranz Hilmarsson) was disappointed to leave without an important souvenir—a tan. “We went to L.A. and stayed inside for two months,” Þórhallsson declares, chuckling at the irony. “We were in the studio, closed off in a tiny box,” adds Hilmarsdóttir.

Of Monsters and Men’s debut album, My Head Is an Animal (featuring the seemingly ubiquitous single “Little Talks”), was written piecemeal as the band formed around Hilmarsdóttir’s solo work. The album was a soaring piece of folk-rock fusion, its emotional swells enhanced by Hilmarsdóttir and Þórhallsson’s sun-dappled vocal harmonies.

You won’t hear any Mumford and Sons-esque abandonment of stylistic trademarks on Beneath the Skin. Lush choral harmonies, layered guitars, and enough instruments to stock an entire high school orchestra dot nearly every track. The sea of sound crescendos to euphoric highs and Hilmarsdóttir and Þórhallsson once again share vocal responsibilities, trading off duties over the course of a single track.

Still, both say that their thought process going into the writing and recording sessions was much different. Instead of concentrating on one song at a time (13 times over, in this case), they wanted to work as a unit to craft a full album that flowed from start to finish.