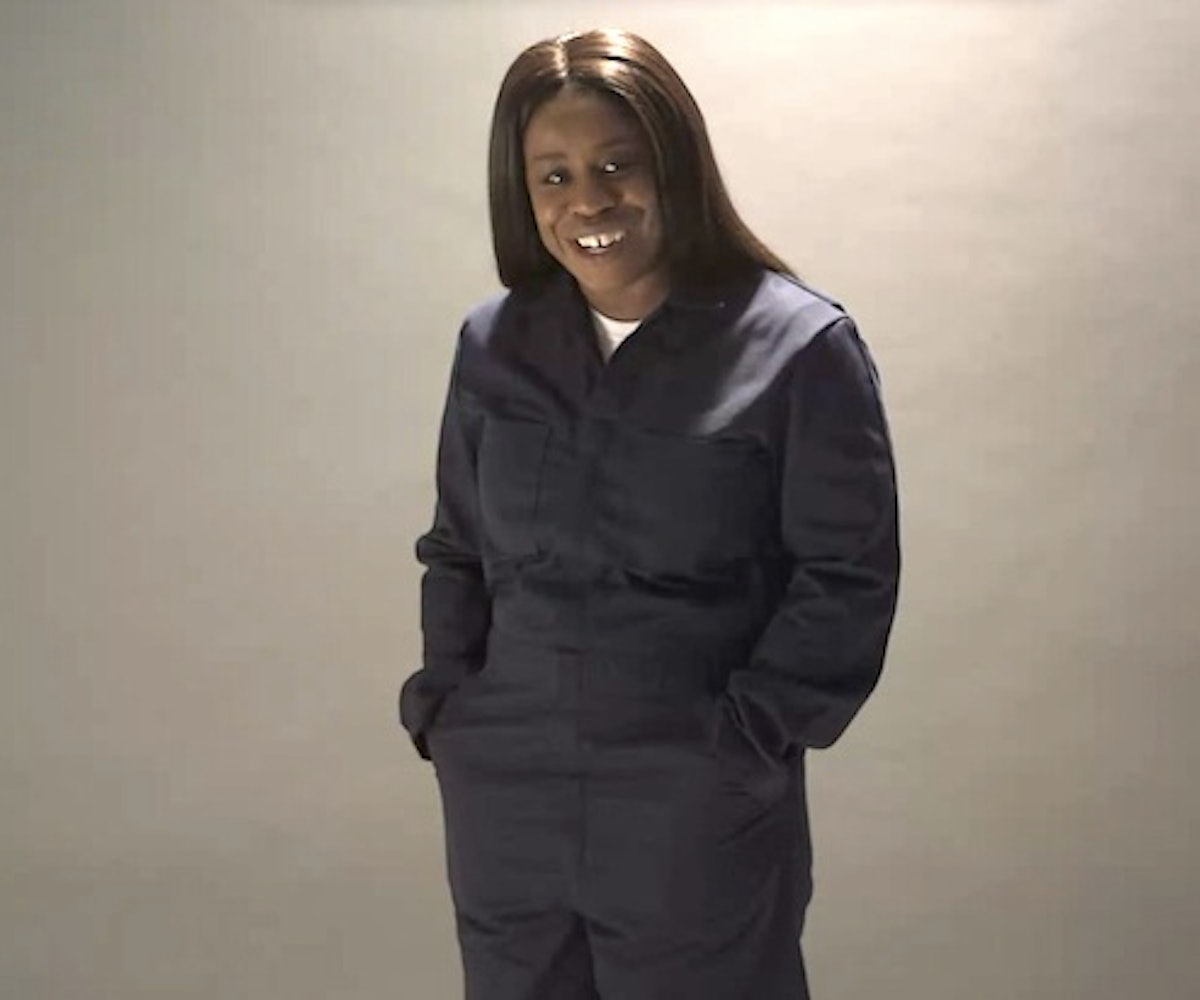 To click the play button above and watch Uzo Aduba—best known as “Crazy Eyes” from Orange Is The New Black—play Hannibal Lecter from The Silence of The Lambs is to know fear. Sure, it’s not the funniest, scariest, gender-swapped monologue we’ve ever seen presented in viral-video form, but it’s up there.

More than absolutely frightening, which it is, the video has a relevant, necessary point. Part of Glamour magazine’s “Role Reversal” series, it gives an iconic, heavy monologue to a woman, something that is rarely done in Hollywood’s normal course of business. The series also includes impressive, though far less-terrifying turns, including Abigail Breslin as a credible Tyler Durden from Fight Club and young Julia Garner attacking the “drink your milkshake” speech from There Will Be Blood.

As Glamour EIC said about the series, “In a time when women actors complain of the absence of meaty roles to sink their teeth into—and women make up only 30 percent of characters who even get to speak in top-grossing films—Glamour is proud to showcase some of this generation’s most talented young women taking on these memorable roles.” Yes. Good. More of this, please. Ideally, Chloë Grace Moretz doing this one right here.