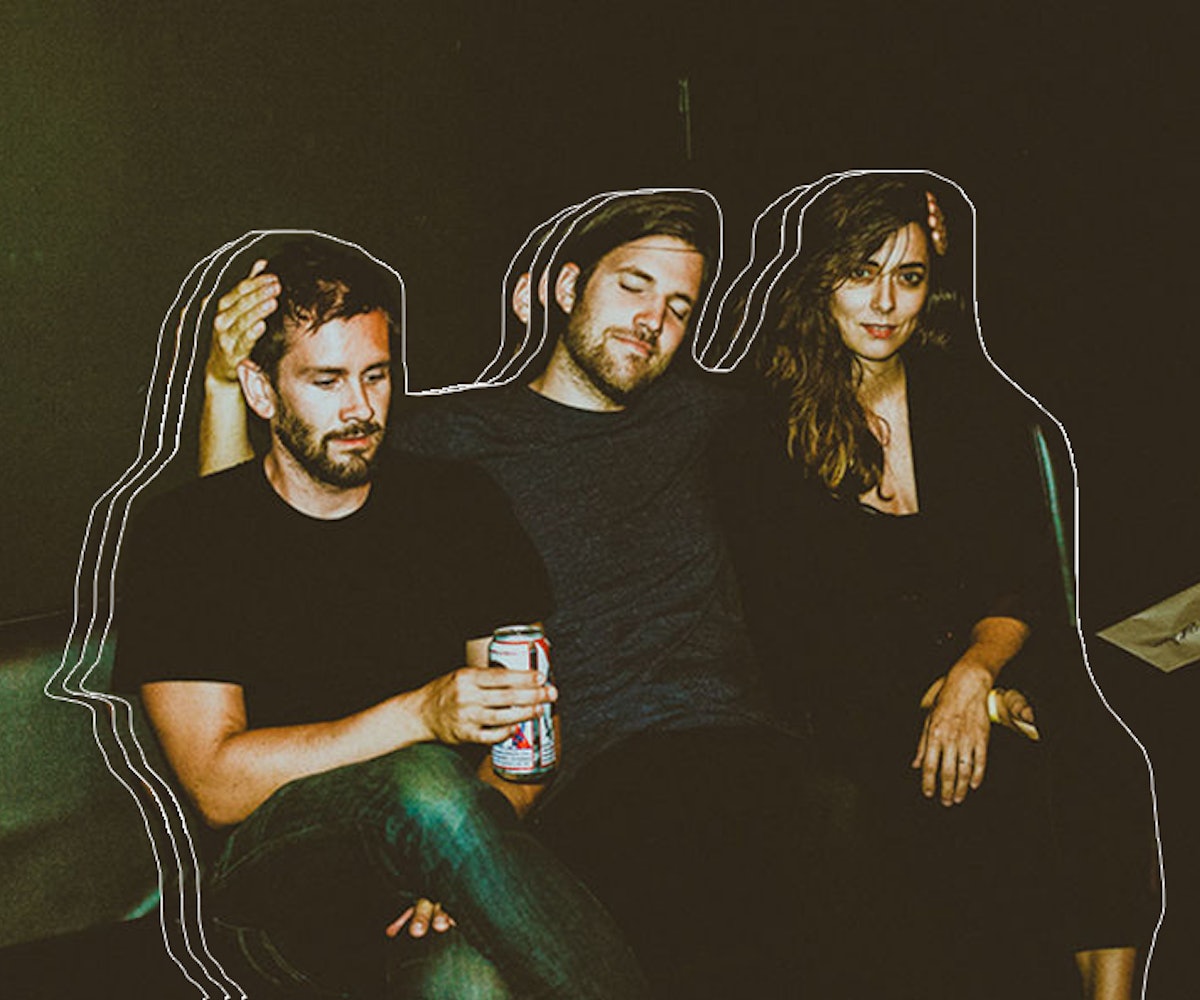 As New York folklore goes, Michael Alig once threw a party in the back of a giant truck. Though Google yields little evidence of the fact, there is a video of a bunch of club kids jammed into the back of a flatbed, on the way to a function. With that said, both instances aren't okay by the law. If you throw some celebration in the back of a moving vehicle, you will face the consequences. Such is true for ON AN ON.

The Minneapolis trio's new video for "Icon Love," off their new album And The Wave Has Two Sides, is a lush adventure across bridges and cityscapes. We, the viewer, take on the role of the police. Throughout most of the video, we follow an unmarked white van. (As one does.) ON AN ON's robust, sweeping guitar-led track adds a dreamy element to the whole thing. However, things get surreal toward the end when the cops stop the van to reveal a mini concert happening in the back. If there were a West Coast Customs in Brooklyn, surely the van ON AN ON perform in would be featured on Pimp My Ride. It's great, truly. What a shame the heavy hand of the law had to kill the buzz.

ON AN ON is going on tour with Born Ruffians. Check the tour dates below.