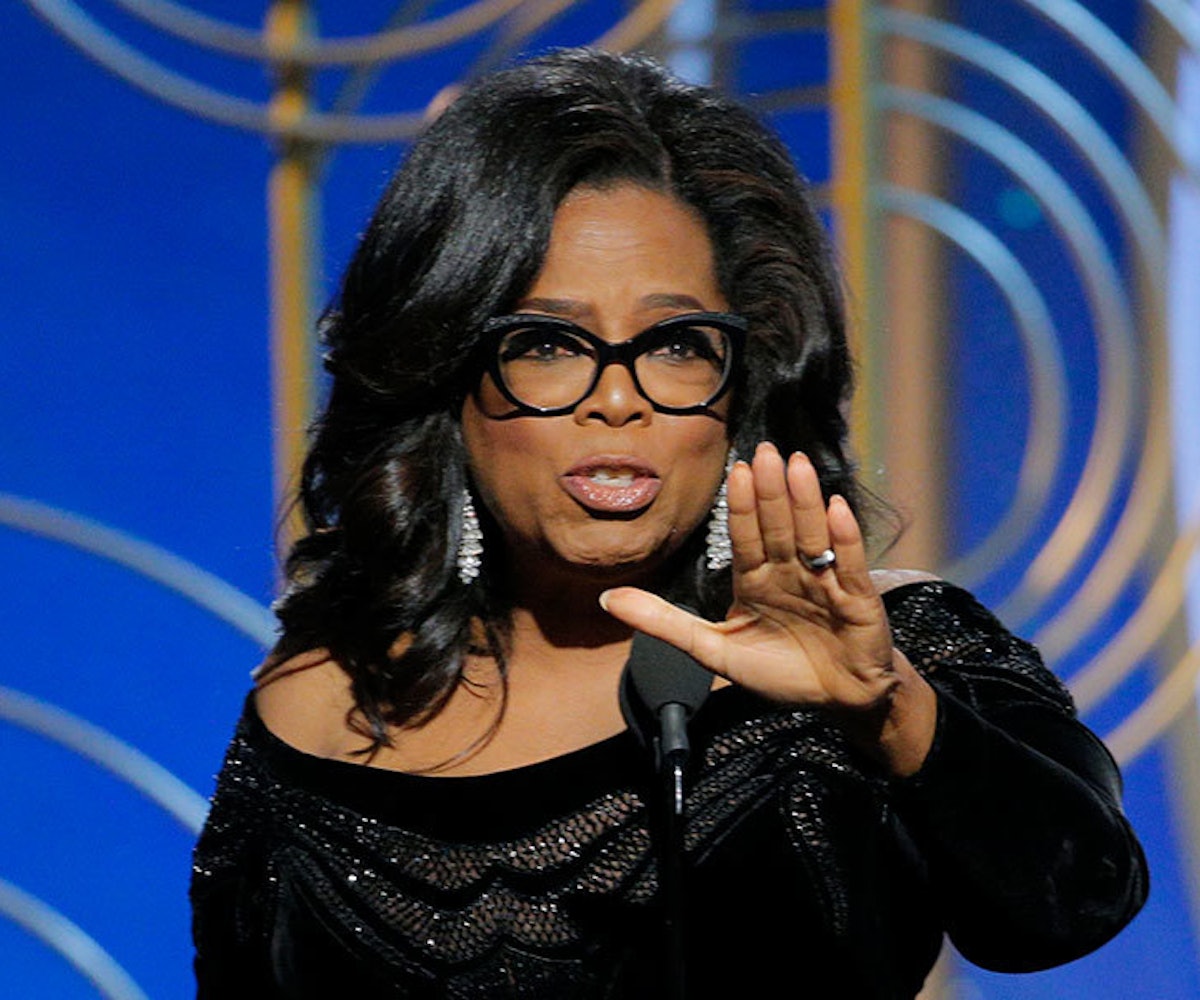 It's official: Oprah is not running for president. No matter how much people might want her to, she is not into the idea—at all.

"It’s not something that interests me," the Golden Globe-winning mogul tells InStyle. Despite having met with someone who said "they would help me with a campaign," Oprah is adamant that the Oval Office is not for her. Sorry, folks. But, also? This is actually good news.

Let's be real: There is absolutely no reason to think that a well-meaning celebrity—even one who is a fabulous orator and has done lots of good in this world, like Oprah—would make a good legislator. Massive amounts of fame can deceive voters into thinking we know more about celebrity candidates than we actually do. Need an example? Look no further than our current president, whose administration's upheaval is an accurate reflection of the chaos of reality television, which is where—not coincidentally!—Trump first entered the consciousness of many millions of voters.

But this reality TV atmosphere is beneficial to nobody but the star of the show. "If the first year of the Trump administration has made anything clear, it’s that experience, knowledge, education and political wisdom matter tremendously," Thomas Chatterton Willams writes for The New York Times. This sounds obvious enough, and yet fame is valuable currency, and is clearly something voters are seeking out in candidates more and more, with names like Oprah and The Rock being thrown around when it comes to the 2020 election.

It's understandable that Americans are attracted to candidates with whom they are familiar—and celebrities are welcomed into our home in more ways than ever now; we feel like we know them thanks to everything from their talk show appearance to their cinematic roles and their social media presences. But the cult of celebrity is a dangerous thing (see: Trump), and it only offers up two-dimensional portraits of people. What we need in our political leaders is the full picture. We need people who are used to governing, who understand a community's needs—on a large and small scale—and who aren't running a campaign to be in the spotlight, but rather to serve all those people living on the sidelines. Could a celebrity do that job? Sure, maybe. But the best place to prove this might not be by running for president.