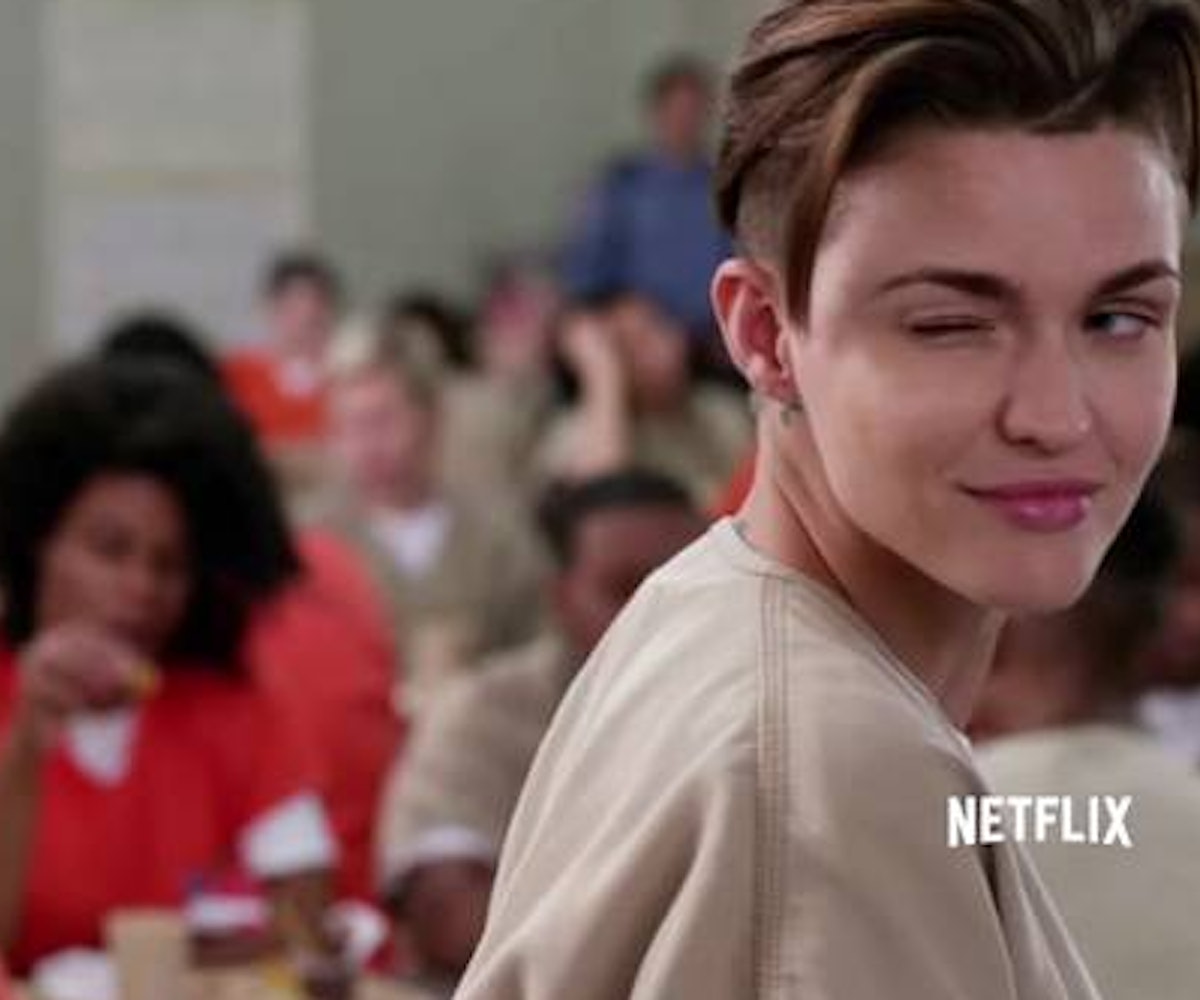 Last night at OrangeCon, which is like the Gathering of the Juggalos except for Orange Is the New Black fans, there was the sense that something special was going to happen. The entire cast was assembled in New York City for a celebration of a show whose highly anticipated third season was set to drop like an atom bomb in an orange prison jumpsuit a few hours later.

But no. Instead, OITNB breakout star Uzo Aduba stood up from her chair and revealed to the crowd that season three of Orange Is the New Black would be available for streaming RIGHT. NOW. That's a whole six hours before it's scheduled release, and enough to get the crowd going crazy (eyes). In a nice touch, Netflix CEO Reed Hastings appeared behind Aduba on a big screen—like the all-seeing, all-knowning God of Streaming his is—and granted permission for OITNB's early-ish release. If you're not already at Litchfield, you can watch the proceedings below.