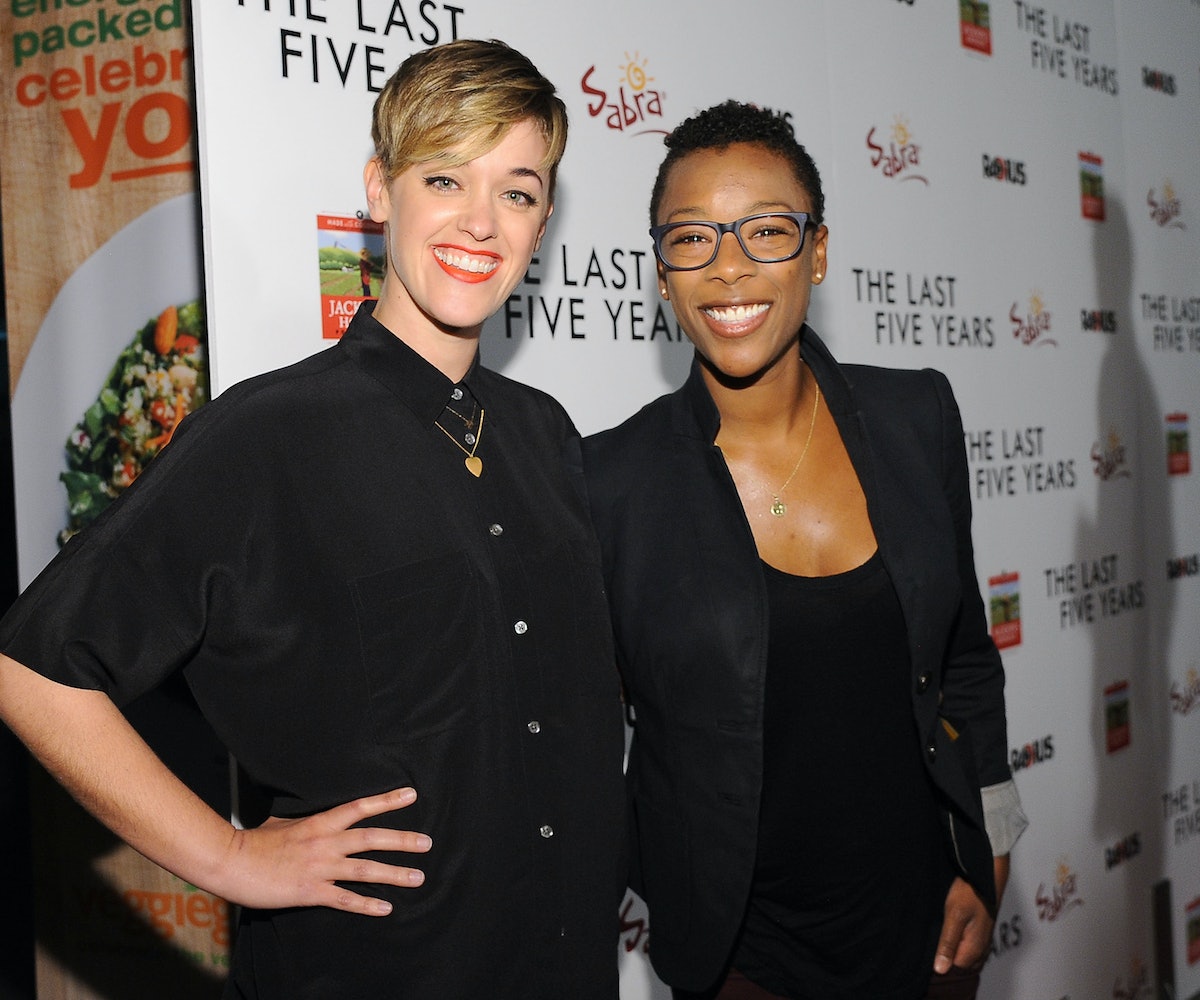 Before the new season of Orange Is the New Black begins, fans have something else to be excited about: Actress Samira Wiley and writer Lauren Morelli finally tied the knot. The confetti-inspired wedding happened on the afternoon of March 25 in Palm Springs, California, along with family and friends.

Following a ceremony led by Wiley's parents, the couple—who donned custom Christian Siriano looks—walked down the aisle to Montell Jordan's "This Is How We Do It." And, during their reception, Wiley and Morelli waltzed in to the tune of Justin Bieber's "Baby" playing in the background. When the duo had their first dance, confetti was blasted everywhere. Sounds magical, right?

Palm Springs wasn't just a random location for the wedding. In fact, it's where Morelli proposed last October, two years after the couple began their relationship.

In case you didn't know, Morelli discovered she was gay while working on OITNB, while she was married to her then husband. She subsequently ended up splitting up from him, but wrote an essay for Identities.Mic about her experience. “I realized I was gay in fall 2012, one of my first days on the set,” she wrote. While Morelli and her husband tried couples therapy, she found an outlet in then friend Wiley who helped her through the process.

We couldn't be happier for the newlyweds. Congrats to them!

You can find the full details and exclusive photos of the newlyweds at Martha Stewart Weddings.

(via People and New York Magazine)