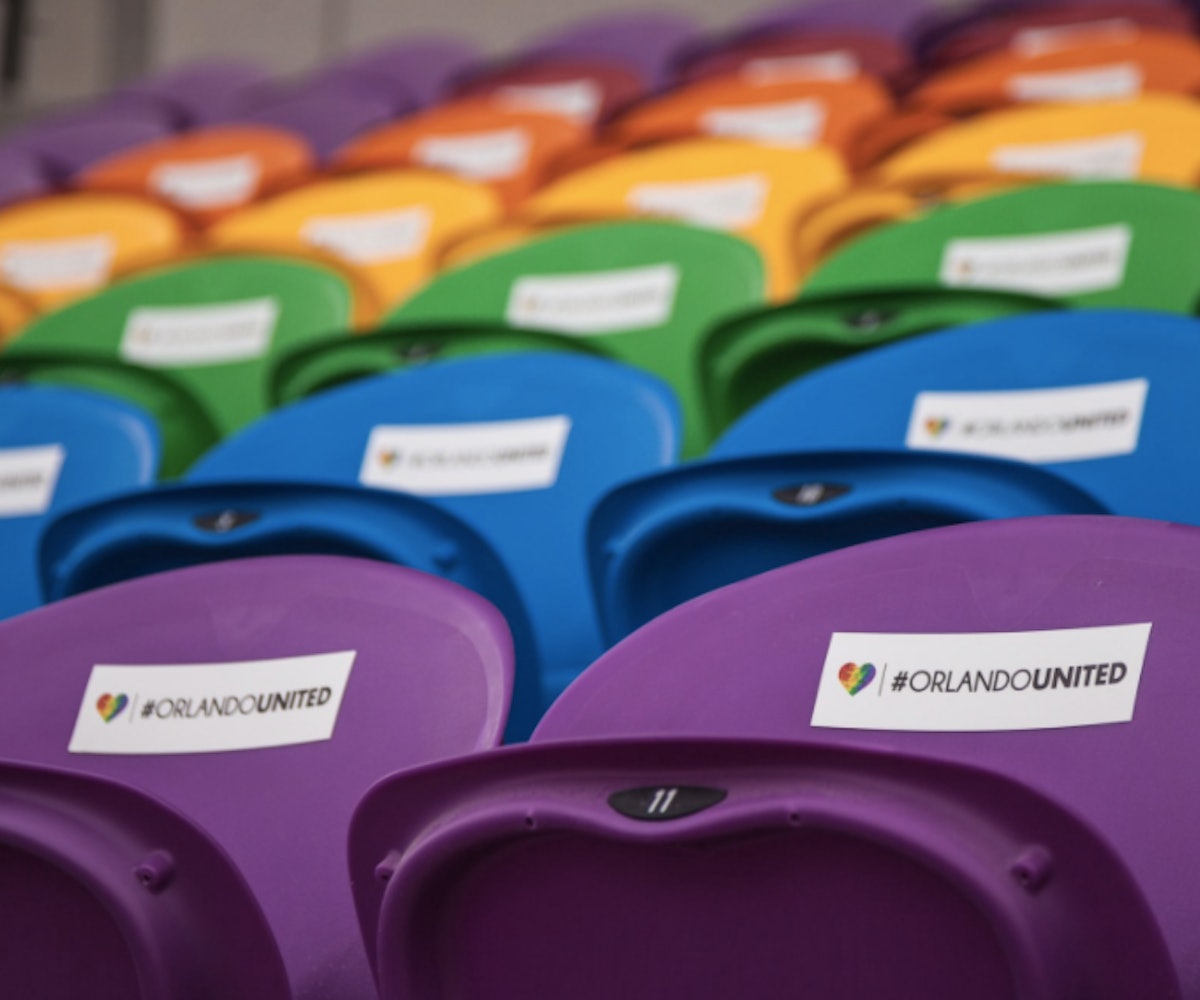 Since the tragic shooting at Orlando's Pulse nightclub back in June, countless tributes have emerged in honor of the 49 people that lost their lives that night. The latest comes courtesy of Major League Soccer club Orlando City. The team recently unveiled an entire section in its new stadium commemorating the victims of the shooting.

While the rest of the stadium's seat are either purple or white, 49 rainbow-colored seats appear in section 12, with the hashtag #OrlandoUnited scrawled on each seat. "We are here to commemorate and unveil the 49 rainbow-colored seats that will sit permanently in section 12 of our stadium as a constant reminder of the senseless acts of June 12," club founder Phil Rawlins said in a statement.

Rawlins also explained why the tribute is where it is in the stadium. "These are regular season-ticket holder seats," he explained. "We put them in section 12 because obviously we felt that was pertinent. It was June 12th last year when the tragedy happened. They are right down by the benches and will certainly be seen by everyone in the stadium."

Well, it looks like we know who we'll be rooting for when the 2017 MLS season gets underway this coming March.