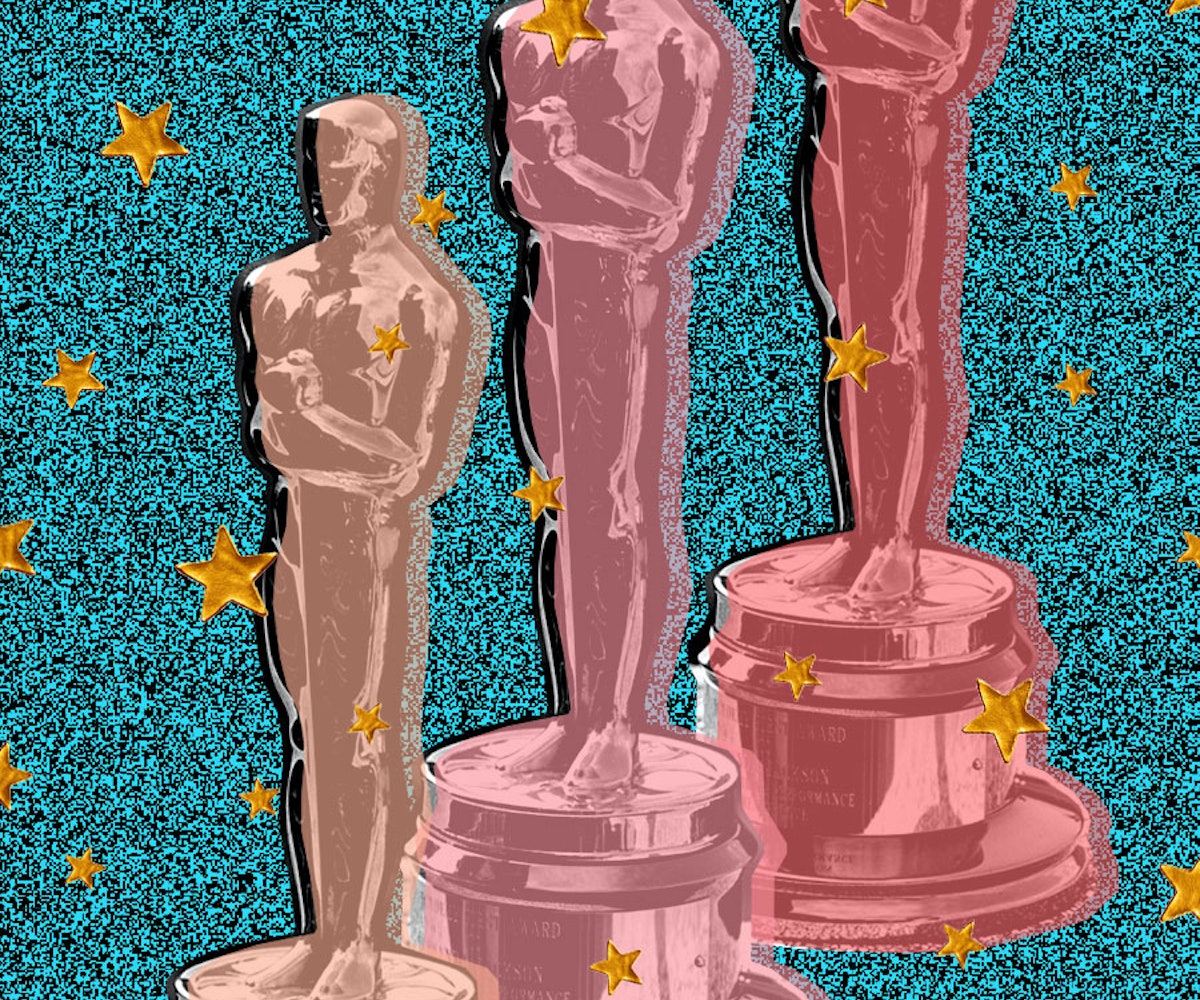 The 88th annual Oscar nominations were announced Thursday morning, and once again the Academy has revealed its true colors (hint: it's white). While the expected contenders got theirs—The Revenant leads all films with 12 nods followed by Mad Max: Fury Road with 10—people of color were glaringly shut out from all the major categories. Despite two empty slots in the Best Picture category—Creed,Straight Outta Compton and Beasts of No Nation were all ignored.

In the Best Actor race, surely Michael B. Jordan's electrifying breakout performance in Creed deserved consideration over Bryan Cranston's rather unremarkable turn in Trumbo, while Idris Elba's terrifying turn as a warlord in Beasts of No Nation felt like a lock for a supporting nod just last week. And although we're thrilled that Lenny Abrahamson earned a surprise directing nod for Room,Creed helmerRyan Coogler almost single-handedly revitalized the Rocky franchise with a deeply felt character study that also made a lot of dough at the box office, perfectly fitting into the Academy's template.

Other notable snubs include the shocking omission of Carol in the Best Picture race, and Golden Globe winner Ridley Scott—who was once considered a front-runner—in the Best Director category.

Meanwhile, 25-year-old Jennifer Lawrence earned her fourth nomination, becoming the youngest actress to hit that mark. She'll square off for Best Actress against Brie Larson, Saoirse Ronan, Charlotte Rampling, and Cate Blanchett in what has to be considered the most intriguing race of the night.

The Academy Awards will be hosted by Chris Rock—who should have a field day with the night's lack of diversity—and will air Feb. 28th, live on ABC. See the full list of nominees below.

Body Team 12Chau, Beyond the LinesClaude Lanzmann: Spectres of the ShoahA Girl in the River: The Price of ForgivenessLast Day of Freedom

"Earned It," Fifty Shades of Grey"Manta Ray," Racing Extinction"Simple Song No. 3," Youth"'Til It Happens to You," The Haunting Ground"Writings on the Wall," Spectre