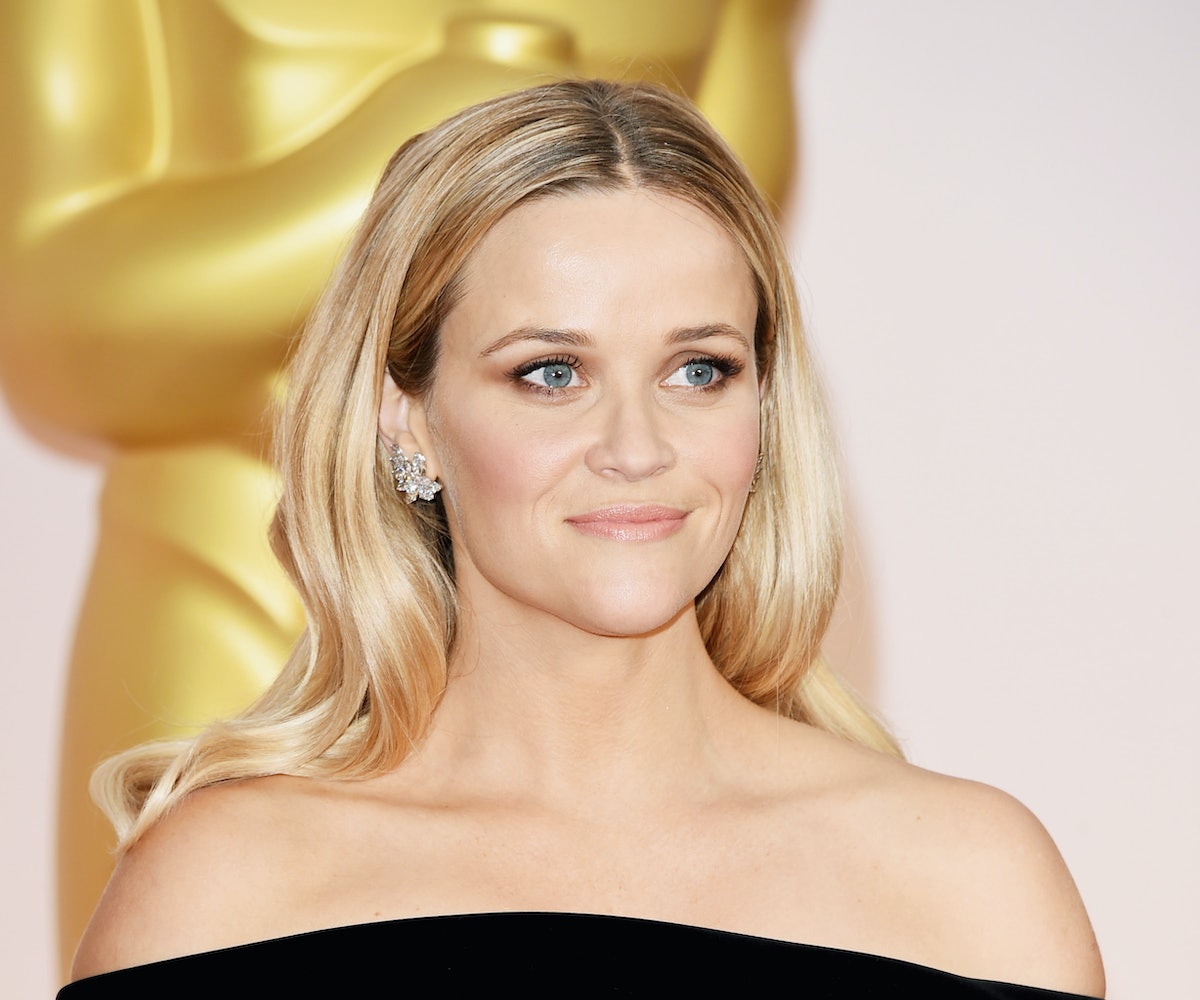 The Oscars may be known as Hollywood's biggest night for red carpet fashion, but with the #AskHerMore campaign, many actors are trying to move the focus away from couture gowns and beauty regimes towards something a little more substantial. To challenge typical standard interview protocol, both Reese Witherspoon and Emma Watson are speaking up about the cause.

Nominated for Best Actress for her role in Wild, Witherspoon took to Instagram to voice her desire for a consciousness shift in red carpet culture. Posting a photo with a list of carpet-ready questions—including "What accomplishment are you most proud of?" and "Do filmmakers and characters have to make a difference in the world?"—the actress lamented the lack of thought-provoking questions posed to female nominees. "I love the Oscars AND fashion like many of you," she said, "But I'd also love to answer some of these Qs."

In her pre-show interview, Witherspoon also stressed that this is an opportunity to ask nominees about something "more than dresses," especially since so many of the nominated women are accomplished in a variety of ways. After all, Witherspoon herself not only starred in Wild, but also produced that film AND Gone Girl. With her nomination for such a refreshingly three-dimensional role and incredible achievements behind-the-scenes, it makes sense that Witherspoon would step out as an advocate for equal opportunity on the carpet, especially since red carpet culture has evolved into a means to reduce women in film into objects only meant to be looked at. While fashion has a time-honored connection with the carpet, the questions that interviewers tend to ask women focus on the superficial, while their male counterparts are questioned about their thought processes and inspirations. This cultural habit erases the accomplishments of actresses by focusing only on women's bodies and clothing, making them into objects instead of complex, thoughtful people.

While the Oscar nominations this year may have been decidedly lacking in gender equality, we're glad to see Witherspoon taking a stand for change.