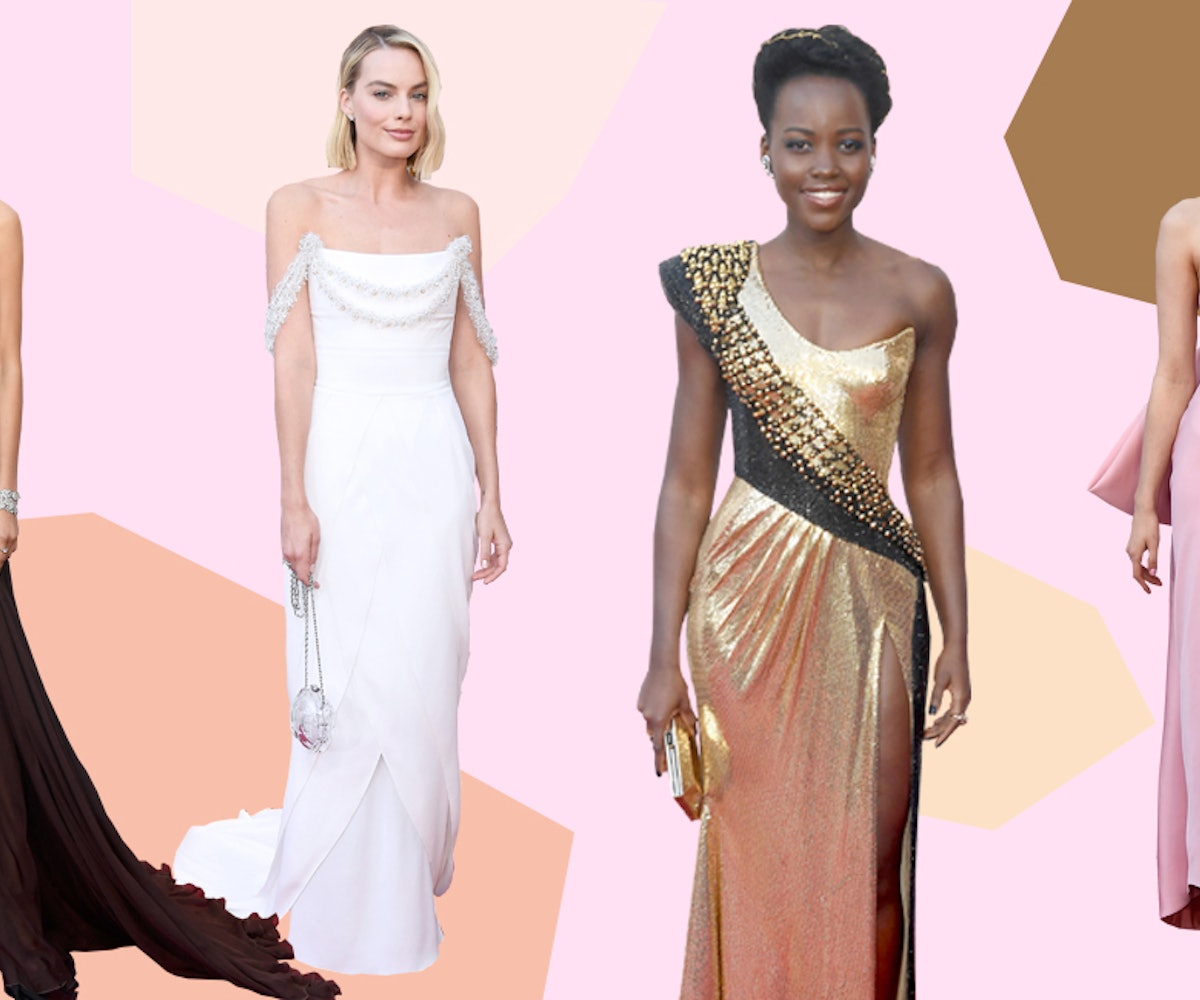 It’s been an interesting awards season to watch, with celebrities embracing activism in a place as unexpected as the red carpet. The 2018 Golden Globes experienced a blackout while the Grammy Awards saw attendees carrying white roses, all in support of the Time’s Up movement. And while there wasn’t a color—aside from the orange flag pins worn in support of gun control reform—unifying celebrities at the Academy Awards this year, conversations about sexual assault and gender and racial inequality continued.

Also, here’s a first: The red carpet this year was actually fun. There was very little black and even fewer mermaid dresses. We got color! And shine! Gucci pajamas! And St. Vincent! It was a good way to wrap up one of the most talked-about award show seasons yet.

Check out some of our favorite fashion moments, ahead.

Olympic figure skater Adam Rippon came straight from the ice to the red carpet wearing a strapping Moschino tux and harness. And we were obsessed.

At 89, feminist French director Agnes Varda is one of the oldest Oscar nominees (Call Me By Your Name screenwriter James Ivory is the other). She is also one of the most stylish Oscar nominees in Gucci pajamas.

One way to amp up a nude dress is to add crystals, extra fabric, and a blinged-out belt. Just ask Gina Rodriguez in Zuhair Murad Couture.

Taraji P. Henson and her leg showed up and showed out in custom Vera Wang.

White can often be boring, but Margot Robbie in Chanel is anything but.

Any doubts that Lupita Nyong’o was a queen before this night have since dissipated after seeing her in Versace.

Emily Blunt is all kinds of fairy-tale goodness in this Schiaparelli gown.

We can’t be mad at a daring, avant-garde moment, and leave it to St. Vincent to deliver in YSL.

Bow down to Nicole Kidman in Armani Prive.