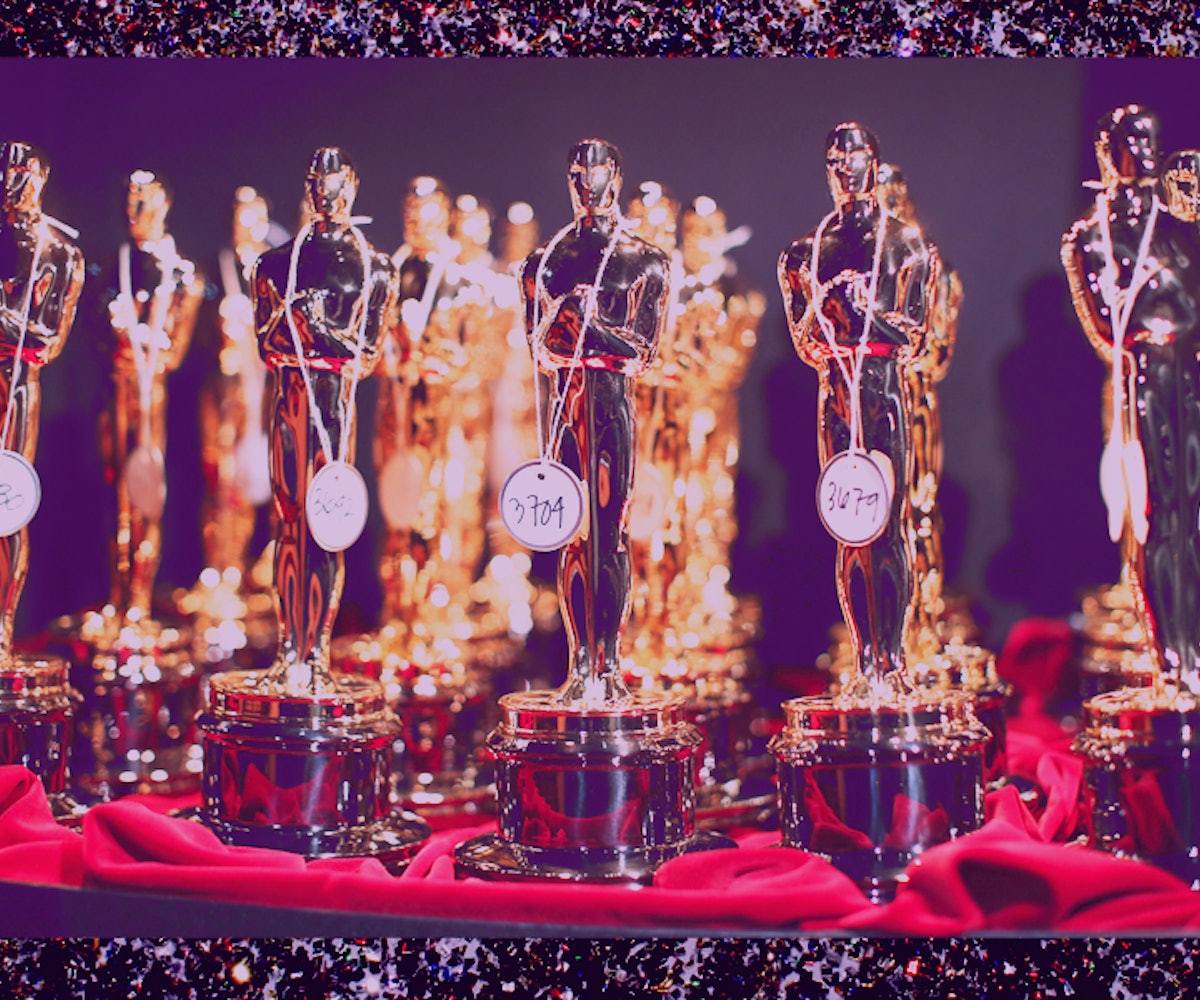 On Thursday morning, the Oscar nominations will finally be announced, capping off months of prognosticating by people who are paid to know this kind of stuff. And while we do not by any means claim to be those people, below you’ll find the definitive-ish list of who will become the toast of Hollywood for the next month. Now please, someone pay us.

The notion that all an actress needs to do to get an Oscar nomination is go makeup-free needs to be put to bed once and for all. That being said, Jennifer Aniston went totally makeup-free for her role as a chronic pain sufferer, and is a virtual lock for her first nomination.

Wild Card: Felicity Jones, The Theory of Everything

Jones elevated what could have been no more than a thankless woman-behind-the-man role into something far more complex, and should be a lock to join Redmayne in the Shrine auditorium come February.

If last year was the year of the McConaissance, this year is all about the Reesurgance, as the narrative of Witherspoon’s career rebirth may be just too juicy for the Academy to ignore.

Had Gone Girl been released in the fall, Pike might still be a legit contender to win it all. But she’ll likely have to settle for her first nomination, as Fincher’s outlandish pulp tale may have peaked too early.

It’s hard to believe that with films like Boogie Nights, Far From Heaven, The Hours, and The Kids Are All Right under her belt, Julianne Moore has yet to win an Academy Award. But after her gutsy performance as a brilliant linguistics professor who’s diagnosed with early onset Alzheimer’s disease, that’s likely to change come Oscar night.

Critical Darling: Eddie Redmayne, The Theory of Everything

Three scoops of physical transformation, two dashes of playing a real-life person, four cups of the British vote, and one sprinkle of a Golden Globe. Cook under low heat for the remainder  of awards season and you’ll have yourself a shiny new Oscar. Bon appetit, Eddie.

Both Gyllenhaal and Steve Carell transformed to play creepy, murderous sociopaths, and are both deserving of a nomination. Alas, there can only be room for one nutcase here, and at last check, Gyllenhaal has the edge.

As Redmayne and Keaton continue to win every acting award in sight, Cumberbatch looks less and less likely to take the stage come Oscar night. Then again, never say never when Harvey Weinstein’s in your corner.

As Martin Luther King Jr., Oyelowo managed to humanize an icon, and in any other year, the previously unknown British thesp would be clearing room in his trophy case. But the men really brought it in 2014 which means we’ll likely be robbed of the most sought-after acceptance speech of the season.

The only thing the Academy loves more than a fearless tour-de-force performance is a good-old-fashioned comeback story. Here, Keaton achieves both, making him the frontrunner next to Redmayne.

Last year, Inarritu’s countryman, Alfonso Cuaron, took home the Oscar for Gravity, a sprawling odyssey that wowed voters with its technical elegance and singular storytelling. So what do Inarritu’s chances look like? Please see above.

With Selma, DuVernay has crafted a deeply moving, socially charged drama that feels far more vital then anything released this year. And that’s why, despite being snubbed by the BAFTAs and the DGAs, DuVernay is still a good bet to become the first black woman nominated in this category.

In an age where anyone with a smartphone can call themselves a filmmaker, Boyhood is that rarest of breeds. It’s original. That’s why Linklater’s not only a lock to pick up the first directing nod of his illustrious career, but he’s also the undisputed frontrunner to win an award 12 years in the making.

In 2013, the Academy shocked everyone when they nominated Behn Zeitlin for his film Beasts of The Southern Wild. Now it’s Chazelle’s turn to play the role of spoiler. The boy wonder behind this year’s loudest debut just inched that much closer to his first Oscar nomination after getting love from the BAFTAs last week .

It figures that all Wes Anderson had to do in order to nab his first nod in this category was direct a sweeping period piece set in wartime Europe. As for his actual chances? The Academy has been known to reward acclaimed auteurs for their entire ouevre, and Anderson’s is impressive as they come. Don’t count this underdog out just yet.

Despite losing some major momentum after it was beat by The Grand Budapest Hotel at the Globes, Birdman’s supporters are still among the loudest, and the Academy has always had weak spot for films that skewer Hollywood (see: Argo). Still the greatest threat to Boyhood’s throne.

Damien Chazelle’s electric thriller about a young jazz drummer and his batshit-crazy teacher is probably your cool best friend’s favorite movie of the year. Handing it a Best Picture nod is the Academy’s way of saying “That’s right, we’re cool too.”

A gripping WWII biopic about a brilliant mathematician who almost singlehandedly defeats the Nazis and is then persecuted for being gay. Think Saving Private Ryan meets A Beautiful Mind meets Philadelphia. Yeah, we’ll see you at the Oscars, The Imitation Game.

Boyhood’s big win at the Golden Globes (and pretty much every other major award so far) has solidified Linklater’s groundbreaking coming-of-age story as the clear-cut favorite come Oscar night.

NEXT UP
Entertainment
Harry Styles Is Performing At The 2023 Grammys
Fashion
Collina Strada & Vans Team Up For A Chiller-Friendly Collection
A Night Out
A Night Out With Rachel Bilson
Beauty
No One Does #PamCore Beauty Better Than Pamela Anderson, Herself
Style + Culture, delivered straight to your inbox.