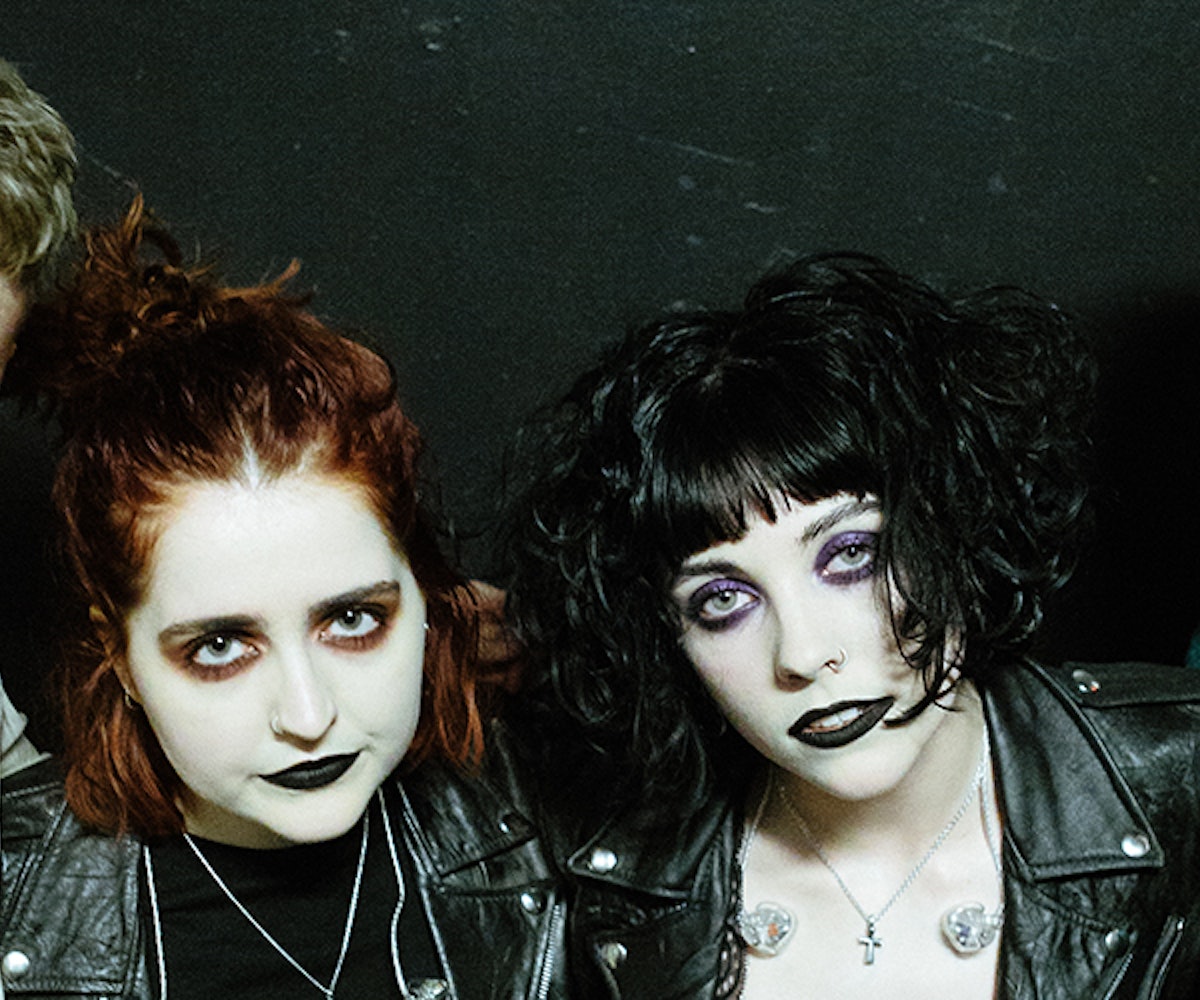 The upstairs dressing room at New York City's Bowery Ballroom is dimly lit and overflowing with assorted teas. Outside, a line of people of all ages and identities, mostly in all-black outfits, grows by the minute. Soon, it'll wrap around the block. These people have been here for hours, camped out, ready to be front and center for the night's headliner, Pale Waves. It's a scene not so dissimilar from one I encountered nearly five years ago on a bitter October night waiting to see the then-little-known pop-rock act, The 1975, play the same stage. Now, that band is selling out Madison Square Garden and Brooklyn's Barclays Center. Pale Waves are on a similar trajectory, and while that's where the two groups' similarities begin, it's also where they end.

Sure, both quartets hail from Manchester and perform '80s-tinged pop rock. And yeah, The 1975's Matty Healy is a good friend of Pale Waves, has directed a video for them before, helped edit a bit of their songwriting, and even signed them to his record label, Dirty Hit. Healy and Pale Waves' frontwoman Heather Baron-Gracie have also covered NME together and done a joint interview but today, upstairs at Bowery Ballroom, it's just Gracie and me.

"I guess people just hear poppy guitars these days and think, 'The 1975,' because they're the most relevant band at the moment, and they're so big people are automatically inclined to compare," Gracie says with a sigh. She's not wrong. We love comparing one thing to another. There's always a new something or someone. A new Madonna. A new Prince. It sounds like this, and it feels like that. Similarities are common because they make things easily comprehensible; because you like this, you're likely to like that. But just because someone has shadowy eyes and tousled black hair does not make them the second coming of Robert Smith.

There's a feminine sensibility to Pale Waves which has a lot to do with Gracie and best friend and Pale Waves co-founder and drummer Ciara Doran. "We're a strong female band with a lot of girl power," Gracie says. "If there's one thing that really connects us to The 1975, it's our honest approach to songwriting. We're both very transparent."

"What's the biggest misconception about your band?" I ask. "That we play heavy metal music," Gracie says without hesitation. "I guess it's how we look," Gracie laughs, shrugging off people's automatic association that her and Doran's heavy eye makeup and dark fashion make them goth. "That, and how our music doesn't mean anything," she adds. "People are just a bit silly these days." Indeed.

"We're just four friends who make and play emo pop music," she says. That, in and of itself, does not a 1975 clone make. Pale Waves are a force all on their own, doing what any legendary band does: put their whole soul out on the line through their music and performances. That they connect with similar audiences is a mere coincidence. Healy's truths are not Gracie's truths and vice versa. It's possible for two bands to exist at the same time, appeal to similar audiences, and be their own entities. Crazy, huh?

"I see a lot of teenagers starting to look up to us, and I know we're influencing them," Gracie says. "I don't want to make any wrong decisions, but then again, I also have to just be myself. I'm just trying to encourage people to wear what they want to wear and like who they want to like. That's how it should be."

Looking forward, Gracie says more music is on the way. That band is riding out the hype of their debut EP, All The Things I Never Said, and have an album to finalize. "There's going to be less romance and more focus on issues that I have to deal with, like the pressure to look good, not accepting how you do look, mental health, and the lot." Their pop is going to be darker, she says. "They're not all just like [first single] 'There's A Honey' and 'Television Romance.'"

It's crazy to think that just five months ago, Pale Waves were playing New York City's Mercury Lounge and are now selling out Bowery Ballroom in record time with only six proper songs out in the streaming world. The opening spot on The 1975's last tour certainly played a role, but it's reductive to think it's all because of that. Pale Waves are here because they're speaking truth to an audience of misfits who are heartbroken, emo, and full of desire. They're brightly dark and darkly bright—a band that plays to those dualities with a wink. In a year, they'll likely be selling out venues much larger than Bowery, and it's all thanks to their creative output and cheeky honesty.